Fitch Changes Its Outlook On India: What Does It Say About Indian Economy And Rating Agencies? 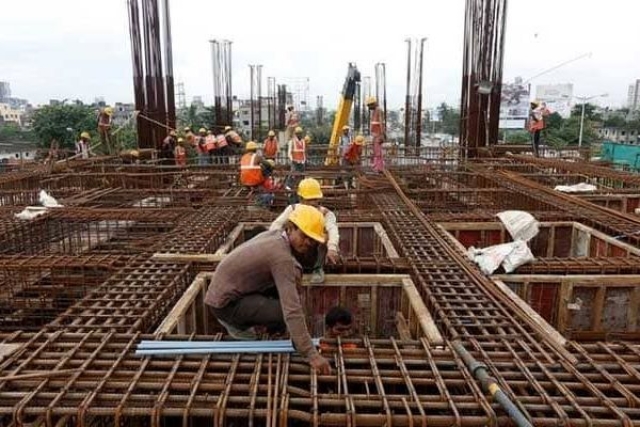 Recently, several credit ratings agencies have changed their ratings for India, or at least made changes to their outlook about respective economies world over.

This change is largely due to the ongoing economic crisis which is an outcome of the Covid–19 pandemic.

It is important to understand what ratings mean and what is their importance in the economic and financial system, before we go on to discuss the changes in outlook made by rating agencies over the last couple of months.

For starters, credit rating agencies perform a critical function of providing information to borrowers regarding countries, or companies.

These ratings and their outlook are viewed as an important signal for investors.

The key economic role of rating agencies is therefore not just of information certification but more of active monitoring of developments. Therefore, ratings changes and changes to outlook are important for investors to some extent.

Therefore, to an extent, credit ratings do matter, and over the last couple of months, the commentary of several of these rating agencies has converged.

There appears to be near consensus regarding the assessment of an economic contraction (or negative economic growth) for the current financial year.

This is consistent with the projections contained in a joint paper with Dr Arvind Virmani. There is a very real possibility of – 5 per cent of growth rate for the current financial year.

Here is why this is important: our government (like most governments) spends more than its revenue.

This results in a deficit, so government borrows money in order to meet its expenditure.

In the event of a negative economic growth, government revenues will be lower than what was anticipated.

So far, government has rightly committed to its expenditure and has in fact increased it, even if marginally to provide for a stimulus.

This means that the deficit will increase significantly and India’s debt to GDP ratio will deteriorate as our borrowings will increase even as our GDP falls.

It is this understanding which has resulted in Fitch changing its outlook to negative from stable while retaining the rating at BBB-. Moody’s had in fact downgraded India.

The reason why the outlook on India should continue to be positive is its ability to revive growth. This is important as India has so far underperformed over the last couple of quarters and this can raise questions regarding our growth recovery process. However, the underlying weaknesses in the economy have been concentrated in the financial system. The tight credit conditions post the collapse of IL&FS crisis are partly responsible for the same.

There’s evidence that credit conditions have improved slightly over the previous few months and banks have started to lend, especially the Public Sector Banks.

One of the key factors that has been partly ignored is to do with underlying process of reforms and their impact on economic growth.

Indeed, many have underplayed the importance of these reforms and their impact on attracting supply chains.

There’s a recognition of the fact that the bulk of the private investment will have to come in the form of foreign investors setting up greenfield projects.

The move to have a single window system for companies exiting China, state level reforms in land and labour along with the new electricity draft code are all steps geared in that direction.

To put things in perspective, reforms that weren’t undertaken in 1991 and have since then been pending for almost three decades have been swiftly pushed through in a matter of three months.

This was a direct outcome of the strong political mandate given in 2019. These reforms will have a positive impact on our growth rate, despite that, there has been little discussion about them.

It is a separate issue that rating agencies have for some reason kept India at just the investment grade level despite several reforms over the years.

A key reason for this is that our ratings perhaps depend more on the ability of the government to raise taxes, and this brings us to the issue of the rates of taxes.

India has historically had a skewed taxation policy which taxes the rich at high rate while barely taxes the lower income levels.

Moreover, our direct tax rates are significantly high even as our indirect tax rates under the GST continue to be lower than what is needed to raise adequate revenues. (Our present average GST rate is 11.6 per cent while the revenue neutral rate was 15.3 per cent).

Growth is likely to recover and so will revenues.

However, at some point we will have to revisit our taxation policy which focuses on rationalisation of the direct tax rates combined with a comprehensive relook at the GST rates structure. Both these become critical especially in the post Covid-19 world.

As far as ratings agencies are concerned, their views are likely to change once the fruits of reforms are visible in the form of a marginally higher growth potential.