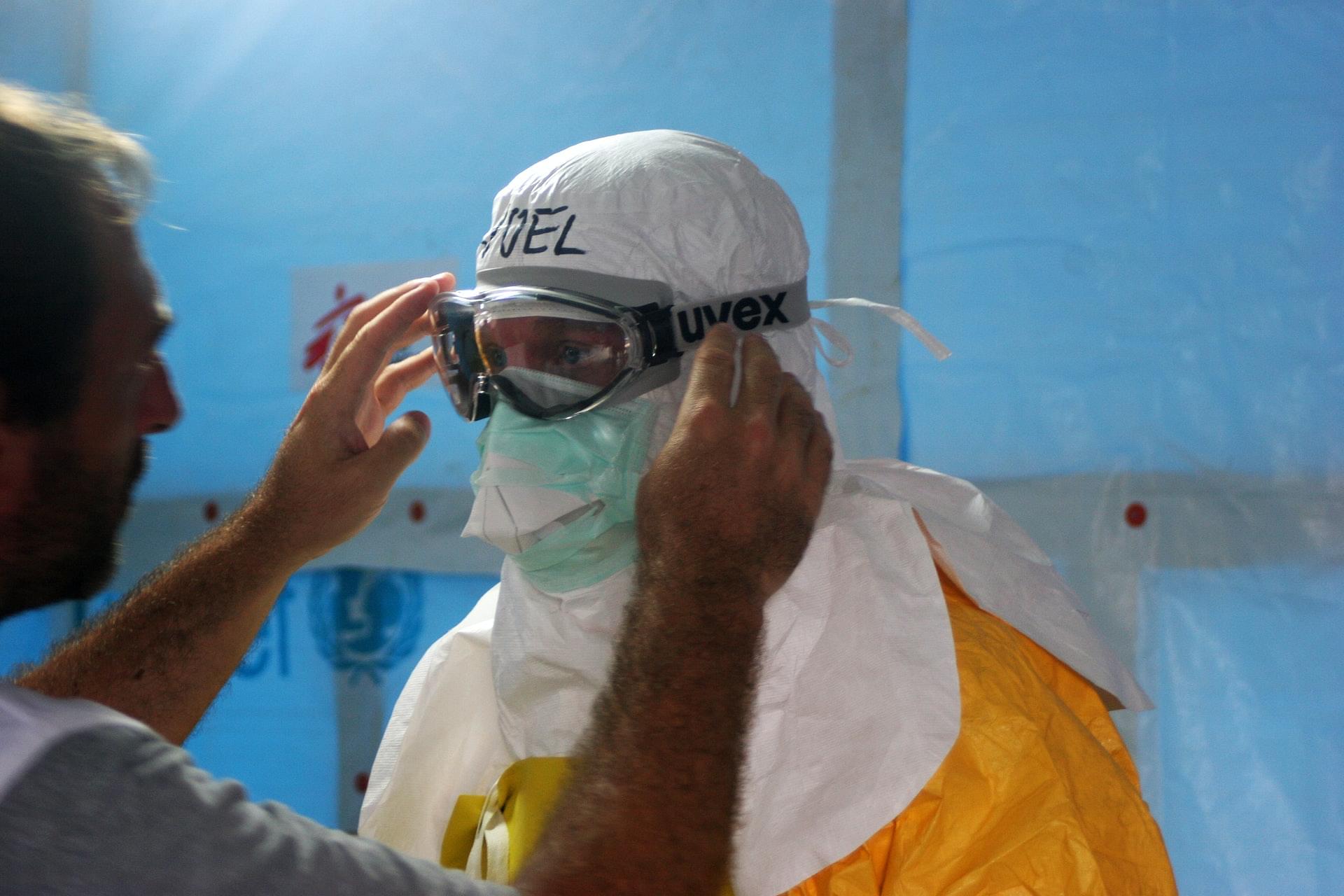 On 18 March this year, when the Union Textiles Secretary, Ravi Capoor, chaired a joint meeting of officials and industry representatives to assess the availability of protective wears for use by health professionals while attending to novel coronavirus patients, the country was facing a shortage of body coveralls and masks.

During the joint meeting, the Ministry of Health and Family Welfare (MoHFW) said it would require 7.25 lakh coveralls as part of the Personal Protection Equipment (PPE) kits, along with 60 lakh N-95 masks and one crore three-ply masks for its frontline workers to tend to coronavirus patients.

The MoHFW officials told the meeting that the ministry was facing a shortage of PPE kits and supplies were not increasing in tune with the demand. The officials, however, were a little smart to have made a timely import of 2.75 lakh PPE kits in January.

Again, the availability or shortage was in relation to MoHFW needs. It did not include what each state would require. The meeting then did not have even the slightest idea of how many Covid-19 cases India would have and how the pandemic would spread across the globe.

A joint secretary of the Textiles Ministry told the meeting that even state governments reported difficulties in meeting their requirement and the few available suppliers were quoting ‘unreasonable prices’.

The meeting then decided to go in for the developing of PPE kits locally, from available resources within the country, besides imports.

It also decided that the manufacture of PPE kits would be in full swing and the Coimbatore-based South India Textile Research Association (SITRA) will test if the samples of the kits met the specified standards and certify them for use by frontline workers.

The Hindustan Latex Limited (HLL) was made the centralised handling agency for procurement and getting intents for supply from manufacturers.

Later, the Defence Research and Development Organisation (DRDO) was added as another testing and certifying agency to help speed up the manufacturing process.

“When the initiative began, the government had a clear roadmap. Therefore, at no point of time did we have any doubt of meeting the rising demand for PPE kits,” said an industrial participant of the 18 March meeting on condition of anonymity. The participant is not authorised to speak to the media.

In the two months’ time since then, India has developed into a country producing 4.5 lakh PPE kits a day from zero. It is now a Rs 7,000-crore industry in the making.

“No other sector of the industry has developed so fast and rapidly like this in our country. An important point is that the industry got no subsidy or incentive from the government and it sprung to its feet on its own,” said the participant.

Invest India, in a write-up, says that this is a remarkable journey of collaboration between governments at the central and state levels, industries and workers to revamp existing production lines and manufacture a completely unknown product, from scratch.

Today, the Centre and States, together, have a buffer stock of nearly 16 lakh PPE kits, while orders for another 2.2 crore kits have been placed with the industry.

Bengaluru, Karnataka’s capital, has become a major hub for PPE coveralls production in the country, accounting for nearly 50 per cent of the total output.

The coveralls are also being manufactured at approved production units in Tiruppur, Chennai and Coimbatore in Tamil Nadu, Ahmedabad and Vadodara in Gujarat, Phagwara and Ludhiana in Punjab, Kusumnagar and Bhiwandi in Maharashtra, Dungarpur in Rajasthan, Kolkata, Delhi, Noida, Gurugram and few other places.

Some of the country’s textile majors such as Arvind, JCT Mills, The Trident Group, Welspun and Shahi Exports are into manufacturing of the coveralls.

Over a thousand companies have got the technical clearance and certification to produce PPE kits across the country.

Ashok Naik, head of Delhi-based Grassroot Markmen, told Swarajya that there are two aspects to the development of PPE kits.

“One, no other job was available for us when the nation-wide lockdown (to curb the spread of Coronavirus) was announced. Second, we had to do something and so, we got into making PPE kits,” he said.

Naik’s firm got a prototype of the coverall made from a small unit with which it had entered into contract manufacturing.

It sent the sample to DRDO and got its clearance and certification within two weeks along with the Uniform Commercial Code (UCC).

“These units are producing 1.25 lakh to 1.5 lakh pieces (mainly masks) every day. They are supplying to HLL, state governments and even to the private sector,” he said, adding that the opportunity ensured employment for at least 50,000 workers during the lockdown period.

SITRA administrator K Sajjan Rao said that the standards for Indian PPE kits were higher at least by two notches than the one set by the World Health Organisation.

“This is one reason that the death of frontline workers is less compared with other countries,” Rao said and added that 1,500 firms have got the certification for coveralls and 2,000 companies for the fabric to be used in the coverall.

Grassroot Markmen’s Naik said the sector got only a ministry notification that specified 60 GSM for the fabric, which means it will not let any fluid to pass through, and 30 GSM for the material used for laminating the fabric.

“The only problem for us is getting the required number of gloves. In India, we don’t have units making huge numbers like Vietnam or Malaysia,” said Naik.

He said the manufacturing units seldom faced problems in getting raw material supplies for making the kits. “At the most, they could have got delayed by a maximum 48 hours,” he said.

Though PPE kits production is new to India, the manufacturing units were smart to ensure that each of them specialized in one product than go in for making a complete PPE kit.

Naik said that the demand for PPE kits is increasing and could scale up if the general public, too, begins to use them. “We can easily double our production,” he said, adding that he had never seen such a production rise at such a rapid pace even during normal period.

“Small manufacturing units have turned this business like anything,” Naik said.

SITRA’s Rao said though the HLL had announced covering its requirements, many units continue to apply for certification.

“We are getting between 100 and 150 samples every day for testing. The manufacturing units expect to supply the kits to various states,” he said and added that the research body collects Rs 5,750 for testing and certification as fee.

TEA’s Sakthivel said that manufacturing units were quick to import some 300 machineries from China and South Korea required for making these kits. “Now, we need not worry about importing machinery as a local manufacturer is ready to meet our requirements,” he said.

Grassroot Markmen’s Naik, who supplies 6,000 PPE kits a day and has supplied 85,000 kits in the last three weeks, said Indian manufacturers have begun to get enquiries from countries abroad such as Canada and Ghana.

“We can be competitive in price and quality in almost all PPE kit products, barring gloves. People have stopped buying from China and it also does not have stocks,” said Naik, adding that Indian manufacturers can match European Union standards.

TEA Sakthivel said PPE kits cannot be exported currently as their shipments abroad have been banned.

“We have requests from abroad where buyers are asking for matching PPE masks along with garments. We can export them to the European Union and the US. Units are just waiting to take off. We expect exports to be allowed next month,” Sakthivel said.

SITRA’s Rao said Indian PPE kits matched US standards but when it comes to export to the US and European Union, different test parameters would apply.

Naik said the government will have to encourage more small and medium units to produce PPE kits.

“We need more number of smaller factories because they can also provide huge employment,” he said.