GDP Series Is Flawed, But Not Fake: It Is The Politically-Loaded Criticism Of Data That Is Problematic 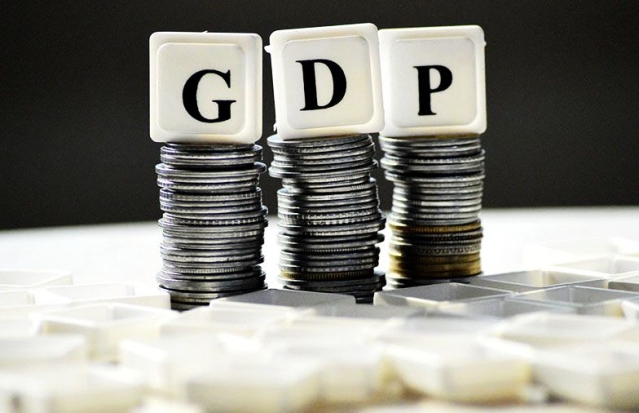 All GDP calculations are good (or bad) guesses at the end of the day.

The old aphorism, that motherhood is fact, but fatherhood is a matter of opinion, probably applies to GDP data as well. Add politics to the mix, and fatherhood can also be a source of unfair point-scoring.

The current GDP/GVA (gross domestic product/gross value added) series has been controversial for two reasons: for the first time ever, it shifted to measuring GVA using a new corporate database (MCA-21) that includes many benami or shell companies. But, equally importantly, it has been made controversial primarily because there is a huge anti-BJP political consensus around the narrative. The same statistical disputation under a Congress regime would not have drawn the kind of wholesale rubbishing of the data series that a BJP government, led especially by Narendra Modi, has drawn.

At the outset let us be clear on one point: as in the case of fatherhood, any GDP methodology is only as good as its underlying premises and assumptions. It is derived from several numbers that in themselves are based on conjectures and assumptions. If, for example, you use the old Annual Survey of Industries data on companies, you have to make extrapolations for value-added by informal sector companies on which you don’t have enough data. This is not much better than guesswork. Similarly, you can calculate GDP using one set of assumed inflation numbers or another; depending on how you choose your GDP deflator, with a mix of consumer and wholesale prices, or only one of the two, your GDP will be enhanced or underestimated.

So, even if the National Sample Survey Office (NSSO) now believes that nearly 36 per cent of the companies in the MCA-21 database are not traceable or wrongly classified, you can still estimate GDP based on some formula – just as you do for assessing the value-added of small and informal sector units. And trying to eliminate all shell company data from GDP numbers may also have problems, as former Chief Statistician Pronab Sen told Business Standard in an interview. “If you don’t include these firms in GDP calculations, we would not be capturing all transactions in the economy.”

So, to make a simple point, all GDP calculations are good (or bad) guesses at the end of the day.

The real problem is in adding a layer of political critique to what can at best be described as genuine disagreements among economists and statisticians on how GDP should be estimated.

Sample, for example, former chief economic adviser Kaushik Basu’s statement, quoted in the Mint today (9 May): “India had a global reputation for the quality of its statistics. It is unfortunate to see this damaged. On the plus side, this can explain why India’s GDP numbers were not matching with its poor record of job creation.”

This is political posturing masquerading as economic logic.

Just because we are questioning the accuracy of statistical data today it does not automatically mean the old data was beyond reproach. It may just mean that economists were not so aggressively partisan then. And, in any event, the new GDP/GVA series with 2011-12 as base was being formulated when the UPA was in power; that it was released only after the NDA came to power is an accident of history.

Basu is also being economical with the truth in pretending that growth and jobs are strongly correlated. He is free to conclude that jobs growth under Modi has been weak (we still don’t know that for sure), but it may not be primarily because GDP is lower than the official figures indicate. Basu should ask himself a basic question: can he produce one bit of evidence that in the higher growth years of UPA-1, jobs growth was any higher than it is today? Why is it that the official NSSO data for 2004 shows much higher job creation during a slower-growth period than in 2009?

Basu should know that even in the USA, the link between GDP growth and jobs is broken, as economists Erik Brynjolfsson and Andrew McAfee of the MIT Sloan School have demonstrated. In an interview to Harvard Business Review, Brynjolfsson said: “Job gains were anemic throughout the 2000s, even when the (US) economy was expanding. This phenomenon is what we call the Great Decoupling. The two halves of the cycle of prosperity are no longer married: Economic abundance, as exemplified by GDP and productivity, has remained on an upward trajectory, but the income and job prospects for typical workers have faltered.”

We need to seriously examine why jobs and growth are not so strongly correlated in India, instead of believing that bad data itself is the problem. Even if we assume that GDP, correctly calculated, is 1 per cent lower than it should be, we are talking an average of 6 per cent GDP growth over the last five years. Even 6 per cent growth – which is similar to what the NDA under Atal Bihari Vajpayee achieved – should have delivered more jobs than what we now believe it has done. Basu’s criticism is thus pure hogwash, a product of his political orientation.

As for former finance minister P Chidambaram’s criticism, the less said the better. He said: “It turns out that the government has been using bogus data. The CSO growth figures are a sham.”

In 2015, when the new GDP data series was introduced, Chidambaram actually welcomed it, since it showed that growth was 6.9 per cent in 2013-14, the last UPA year. On 30 January 2015, Chidambaram said: “The data released today and the other economic indicators conclusively establish that the UPA government succeeded in substantial measure on all the four objectives (of fiscal consolidation, containing the current account deficit, moderating inflation and “putting the economy back on the growth path.”) He added, for good measure: “I am happy that the (NDA) government has released the revised GDP data. It should put an end, once and for all time, to the misconceived charge that the UPA government had mismanaged the economy.”

The problem clearly is that statistical data on the economy and jobs have been kicked around for political reasons. And the Modi government is surely not blameless in this regard. It should quickly release the last NSSO survey which put unemployment at a 45-year high of 6.1 per cent and challenge its basis openly by pointing out that in 2011-12, unemployment according to the Census was even higher – at over 11 per cent. At the very least, it will prove that the government is not hiding inconvenient data.

The four actions points to take data out of the sphere of politics are the following:

1) We should re-empower the National Statistical Commission and protect its independence from the executive, if needed by another enabling legislation.

2) The government should create a formal cadre of statisticians and economists to manage all surveys and economic data estimations through a transparent process.

3) We need a new, enlarged jobs data survey using much larger sample sizes (say, 300,0000 households). This high-frequency survey will tell us the real trend in jobs, both in the formal sector and the informal one. It will validate (or partly invalidate) the enterprise data we now get from the Employees Provident Fund Organisation. This data must come monthly, though we can start with quarterly surveys. Over time we will have a useful time series, and knowledge about the seasonal element in jobs.

4) We also need annual and enterprise surveys, especially on small and micro enterprises, so that over time even the GDP series does not have to depend overly on dodgy MCA-21 data.

If we get these things done, we can take the politics out of data substantially.