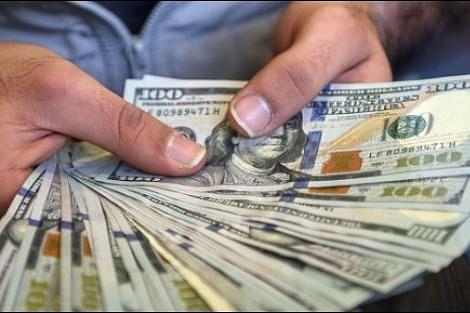 One of the big paradoxes highlighted by the recent crash in the rupee is this: most foreign investors acknowledge that India is where their capital will find the best medium to long-term returns, but India is precisely where capital is fleeing from in the short term (apart from other emerging markets).

While distressed Indian companies, from IL&FS to various public sector banks to several infrastructure and power projects, are scrounging around for costly capital, it is the “safe haven” of the US market that is attracting money even at low yields of 3 per cent-and-odd for 10-year treasury bonds.

Corporations like Apple are sitting on billions of dollars in cash ($243 billion after recent buybacks and hiked dividends), and Bain & Co – giving a macro picture – says that global financial assets (which more or less represent the supply of capital invested or available for investment) grew from $220 trillion in 1990 (about 6.5 times global GDP) to some $600 trillion in 2010 (9.5 times global GDP). This could zoom to $900 trillion by 2020, or more than 10 times projected global GDP.

In short, globally there is a glut of savings and huge reserves of capital are available for investment, but locally (as in India) there is a huge shortage, thanks to the double balance-sheet problem, the huge needs for infrastructure funding, et al.

It should be a no-brainer for US companies and pension funds with large amounts of idle cash earning very little from safe avenues to invest in countries like India, but this isn’t happening for two reasons: one is political and policy risk; and the other is currency risk.

While political and policy risks cannot be entirely eliminated in any democracy where changes in government can result in policy changes, it should be possible to offer longer-term currency hedges at the official level. In fact, this is what we did in 2013, when the rupee was last tanking. The Reserve Bank allowed banks to borrow in foreign currency from non-resident Indians (NRIs) and others at low hedging costs (3.5 per cent over three years)

Now, one can say NRIs can be depended on to love their country of origin more than Apple or Google, but this may not quite be true. If NRIs truly deposited money in Indian banks because they love India, even normal rates should suffice. But they expect their country of origin to give them more, and additionally a risk-free ride.

So why should this logic of attracting foreign money not be thrown open to corporations willing to invest in capital-hungry banks, stuck power projects, or roads and railways, where their long-term returns will surely be higher than the 3.1 per cent 10-year US treasury bond yield? We should guarantee against takeovers and policy changes, and also given them cheap hedging options against currency risk.

With one caveat, though: we should offer this hedging cover only when tech money goes into the real sector (road, railways, power, etc), and not into their normal technology areas.

Today’s tech giants (Apple, Google, Cisco, Facebook, Amazon) are rolling in capital, and investing all this surplus in US treasury or job-retarding technologies like artificial intelligence or machine learning is anti-social. We need more investments in job-creating sectors like construction, infrastructure and banking.

We should seek US technology giants’ huge capital surpluses for investments in the real sector, in return for giving them good currency hedging options. It may or may not work, but it is certainly worth trying at the time when dollars are fleeing India.