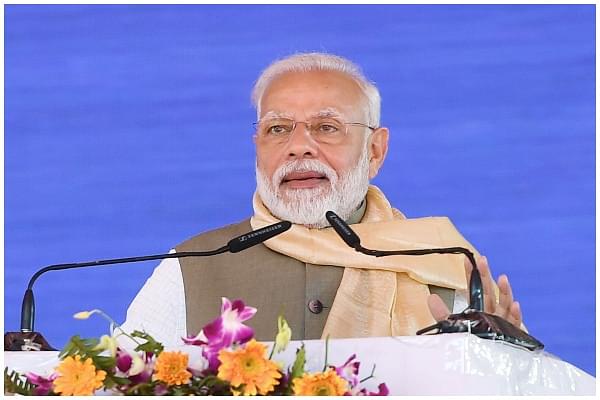 The Narendra Modi-led government has talked about doubling farmers’ incomes by 2022. This was a key item of the Bharatiya Janata Party (BJP) manifesto for the 2019 Lok Sabha elections.

Indian agriculture is marred by the problem of lack of scale. Small farm holdings mean farmers produce only subsistence-level output. This in turn means very little investment in technology and poor access to markets.

Small farmers, especially tenant farmers, have no way to find big buyers for their produce. They are also obliged to sell via the Agriculture Produce Market Committees (APMC), thus limiting market access.

While the union government has created new market models like the Electronic National Agriculture Markets (e-NAM), the state governments have been less than enthusiastic to dismantle the monopoly of the APMCs. The APMCs are the hotbed of rural political clout in most large states.

While the cross-mandi, cross-state border trading catches up through e-NAM, the government has acted on one of its July 2019 budget announcement – kickstarting the process of creating 10,000 Farmer Producer Organizations (FPOs) over the next five years.

Although announced in the interim budget by Finance Minister Nirmala Sitharaman, the monetary allocation was made by her in the FY 2020-21 budget at Rs. 6865 crores.

The choice of the venue was not a coincidence. In the list of Aspirational Districts – districts across the country which are least developed – launched by NITI Aayog in March 2018, Chitrakoot was identified as the 75th least developed in a list of 101 districts.

The current FPO programme envisages setting up at least one FPO in every block of every aspirational district.

The concept of FPOs is not new – they have existed for over a decade now. But very few FPOs operate profitably. While many are set up as for-profit companies, others are registered as cooperatives.

Attracting professional talent to manage their operations in a structured way and attracting big buyers remain a pain point for the FPOs.

Nonetheless, the concept is promising. FPOs aim at aggregating primary producers to generate economies of scale on the input side, while improving market access on the output side.

On the input side, FPOs are expected to work on bulk procurement of inputs, facilitate better access to government programmes and services in the agricultural and rural sector and reduce the time, hassle and costs of input market access. FPOs can also negotiate better credit and insurance terms for their members.

On the output side, FPOs create high-quality storage and transportation network for individual members who cannot afford such facilities. They ensure quality control via professional cleaning, sorting, grading and packaging.

FPOs can also create own brands and market them to the end consumers, not just to the intermediaries.

An additional benefit which the FPOs can bring to their members is improving the general knowledge of agriculture as a business. These organisations can take up training of and knowledge sharing between members or even cross-organisation experience sharing, to improve the business prospects of all participants.

FPOs are set up like companies, cooperatives or societies with defined bye-laws and run by an elected Board. They can hire professionals to run their operations like a business.

This can in turn bring in passionate social entrepreneurs or large farmers who can aggregate smaller farmers in their vicinity or simply farming experts to run agriculture as a business – a view sorely lacking in Indian rural ecosystem.

Converting agriculture from a subsistence activity to a business assuming usual risks, but getting rewarded for such risk-taking can be the biggest contribution of successful FPOs.

To start off, FPOs can be set up with 300 members, reduced to 100 members in the states in North East and in hilly areas. The union government will provide up to Rs. 15 lakhs for equity contribution to every FPO.

Additionally, there will be a credit guarantee mechanism operationalised, allowing FPOs to avail loans, where this scheme will be the backstop.

FPOs in states like Uttar Pradesh, which are promoting ‘One District, One Product’ type programmes, will be formed to produce and sell this specialised product of the district in which the FPOs come up.

Equivalent agencies run by state governments can also be nominated for this purpose.

Additionally cluster-based business organisations will be set under the programme, which will provide operations, technology, accounting, marketing and legal knowledge to the FPOs.

In fact, the government is also planning to set up a National Project Management Agency (NPMA) under SFAC to manage this pyramid structure which will be responsible for the success of the FPOs.

FPOs are yet another attempt by the Modi government to collapse the distance between producers and buyers of agricultural commodities.

A combination of e-NAM, digitally connected grameen haats, and the collective bargaining power of FPOs can possibly make APMCs redundant or at least less influential over a period of time. What remains to be seen is how long it takes to get there.

Indian rural distress needs a permanent solution – agriculture contributes just about 15 per cent to India’s Gross Domestic Product (GDP), but almost 60 per cent of country’s population directly or indirectly relies on this sector.

This skewed ratio has to be rapidly adjusted to make the country more prosperous. The government will have to ensure that far more FPOs succeed than fail in this latest intervention in the agricultural sector.