Government To Focus On ‘Zero Budget’ Farming: Here’s All That You Need To Know About It 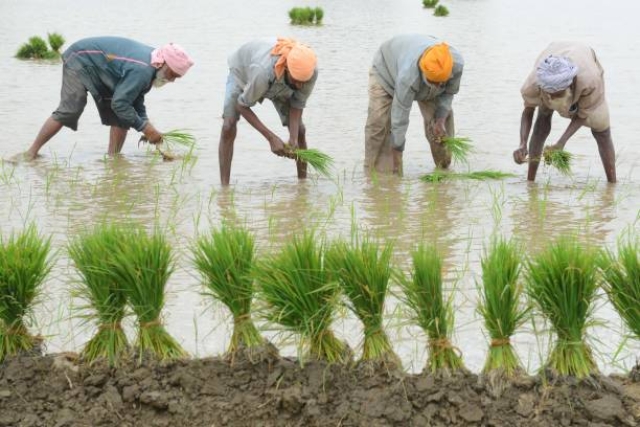 In 2016 when the Narendra Modi Government announced the Padma Shri award for agricultural scientist Subhash Palekar, not many took notice of it. In fact, he was the first active farmer in the country to get the award.

Little was discussed about Palekar then or the reason for which he was chosen for the award — the reason being crusading for natural farming. Over thirty years ago, Palekar was worried about lower productivity despite following agri-scientists’ recommendations when he took up farming. Rather than feeling helpless, the Maharashtra-born agriculturist figured out his own solution to the problem.

The announcement is a reflection of what the Economic Survey, tabled in the Parliament on 4 July, said. The survey, dealing on agriculture, suggested a shift from “green revolution” to “green methods”. There are very good reasons why the government is looking to shift from “green revolution”, which has led to self-sufficiency in the country’s food grain production, after it gained acceptance in the 1960s.

The “green revolution” focussed more on agricultural inputs such as fertilisers, pesticides, and on cultivating water-intensive crops. For the 1960s, it could have been the right choice but not anymore. Rapid and rampant use of chemical fertilisers has led to the deterioration of soil health and nutrients, particularly in states like Punjab and Haryana that were at the forefront of the “green revolution”.

Being heavily dependent on external inputs resulted in production and productivity stagnating. Thus, returns to the farmers were not commensurate with the investments they were making. These developments had led to the thinking that the “green revolution” has perhaps had some fallout too.

Moreover, the acute water shortage that some parts of the country is facing has opened the eyes of the government and pushed them into promoting crops that consume less water. Extensive cultivation of water-intensive crops such as paddy and sugarcane is being questioned. The government made a deft move this year by announcing higher minimum support price for hard crops such as coarse cereals that consume less water.

Therefore, it is natural that the government is looking for a return to the roots through natural farming. The Food and Agriculture Organisation (FAO), an arm of the United Nations, terms “Zero Budget” farming as a grassroots peasants movement that has spread across various states in India.

In Tamil Nadu, Sadguru Jaggi Vasudev’s Isha Foundation has been propagating “Zero Budget” farming in many villages. Thousands of farmers have taken to this method of farming as it not only saves them the cost but also protects their crops during long dry periods.

Coming back to Palekar, what did he do to make “Zero Budget” farming a success? Or basically what is done in this type of farming?

The “Zero Budget” farming works on a couple of core methods.

First is the preparation of jeevamrutha, which is a 48-hour fermented microbial culture of desi cow dung, desi cow urine, jaggery, water, pulses flour and a handful of undisturbed soil from the farm. This culture improves the activities of microorganisms in the soil besides promoting the growth of earthworms. It also prevents fungal and bacterial diseases from affecting plants. Farmers need to prepare and apply this culture on their plants only for three years after which their ecosystem turns into a self-sustaining one.

Second is the treatment of seeds, seedlings and planting material with beejamrutha, which is made up of desi cow dung, desi cow urine, lime and soil. Application of this natural fungicide and strong antibacterial liquid saves the plant from any soil-borne or seed-borne disease.

Third is the practice of mulching — covering the soil with straw or dry leaves or the waste of previous crops. Palekar says that soil mulching could be done by not ploughing the soil too deeply. He has also suggested inter-cropping as another method of mulching to help plants grow better.

Fourth is the practice of Whapsa or irrigating the crop at noon in alternate furrows. This will reduce the need for intensive irrigation and according to Palekar, plants need more water vapor (humidity) than actual water.

This farming stresses on constructing contours and bunds that would preserve water and ensure maximum efficacy of supplying water to the plants. It encourages using earthworms from deep inside a farmer’s land than going in for vermicompost, while maximising the use of cow dung that is very beneficial and has the most number of beneficial microorganisms.

FAO says that a handful of state governments have supported training camps for this method of farming. The agency quotes a study by La Via Campesina — a farmers’ organisation — as saying that “Zero Budget” farming “works just not in agronomic terms, but also brings about a variety of social and economic benefits”.

The study says most farmers reported overall improvement in terms of soil conservation, yield, seed diversity, produce quality, income and health. Some of the experienced farmers even cut their expenses on their farms and thus, their need for credit got reduced.

So, there should be no surprise over the centre’s move to focus on “Zero Budget” farming. It is a welcome and a pragmatic move.