Great Going on the LPG Subsidy, But Take the Logical Next Step Soon 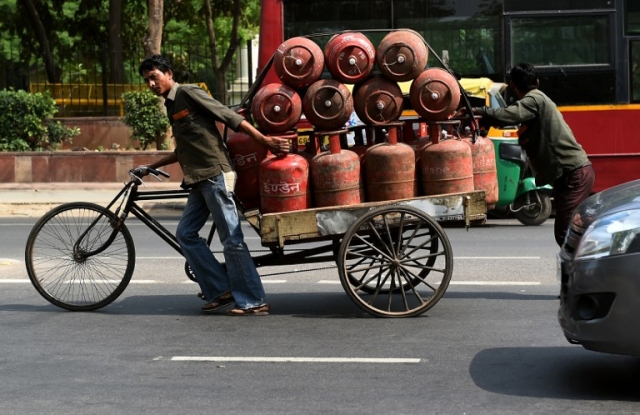 The government has been patting itself on the back for the success of two of its initiatives on LPG subsidy – Pahal and the `give-it-up’ campaign – and for once its critics cannot sneer.

The Pahal initiative involves the direct transfer of LPG subsidy into people’s Aadhar-linked bank accounts after they had paid the market price. Yes, the United Progressive Alliance (UPA) had started the direct benefit transfer of LPG (DBTL) programme in June 2013, but it had been plagued by a lot of glitches. These have been addressed in Pahal, which has benefited enormously from the near-universal coverage of Aadhar and the robust enrolments in the Jan Dhan bank accounts.

Speaking at a round table on direct benefit transfers (DBT) on Thursday, chief economic adviser Arvind Subramaniam said that the two schemes had led to a 24 per cent drop in sales of domestic subsidised LPG cylinders. (Only people who have linked their Aadhar number and bank account with their LPG consumer number can get this subsidy.) He put the financial savings in 2014-15 at around Rs 12,700 crore.

The `give-it-up’ campaign – asking people to voluntarily renounce their LPG subsidy – has also been a hit. As of 6 July noon, 8,73,909 consumers of Bharat Gas HP Gas and Indane had given up their subsidised connections. The numbers keep increasing by the minute. These people are now buying cooking gas at upwards of Rs 600 a cylinder (the price varies from state to state because of local taxes) instead of the subsidised price of around Rs 400. This too was started by the UPA, but it was not until the current government put it in mission mode that it picked up steam.

But the government should not exult in this achievement and sit back. Now that it has effectively neutralised the political opposition to ending the LPG subsidy, it needs to take the next logical step on this front – it needs to bring down the ceiling on subsidised cylinder down from the current 12.

Remember, the UPA government had, in October 2012, put a ceiling of six subsidised cylinders a year. Three months later, in January 2013, the cap was raised to nine. And exactly a year later, the cap was further increased to 12, effectively covering nearly 98 per cent of the population. The Narendra Modi government has shied away from lowering the cap.

Voluntary renunciation may be catching on, but the movement can well run out of steam. Global petroleum prices are lower than they used to be and people will not mind paying non-subsidised prices now. If LPG prices start going up, people who are yet to give up their subsidy may simply not. And those who are paying non-subsidised prices only because they haven’t enrolled for Pahal may just rush to sign up. That’s human psyche. Now is the right time to push for reducing the subsidised cylinder cap, when prices will not pinch too hard. Postponing it for later would be unwise – what if global oil prices harden?

Ideally, the ceiling should come down to six – the original cap that the UPA had imposed. Given the usage data cited by Subramaniam, poor households will not be hit by this. The middle class might, and so it may be politically wise to keep the cylinder at nine. In any case, when the UPA implemented the nine-cylinder cap, it was said that this would cover 89.2 per cent of the population.

Nine will be an ideal number for another reason – to wean people away from using kerosene as a cooking fuel. In 2012, the Shiela Dixit government in Delhi had launched a free LPG connection scheme for poor households on the condition that they give up their kerosene quota. The government paid for the security deposit, gas stove and tube and one filled cylinder. This was a good initiative and if it is to spread, then people will need an incentive to switch; nine subsidised cylinders will not be too high a price to pay for the environmental benefits this will bring.

Another logical step on petroleum subsidy appears to be to tackle the highly-leaky kerosene subsidy regime. Currently, the subsidy is around Rs 30 a litre and there is huge diversion – estimated at between 40 per cent and 50 per cent – of kerosene for adulteration of diesel. After the success of DBT in LPG, a similar initiative for kerosene is being mulled, but this needs to be done cautiously.

There have been experiments with DBT for kerosene, the most cited one being the pilot scheme in the Kotkasim block of Alwar district in Rajasthan in 2011. This writer had visited Kotkasim six months after the pilot was started and the benefits in terms of leakage being plugged were clearly evident. Monthly sales of kerosene came down by 25 per cent; before the pilot the entire quota for the state would get used.

DBT puts extra costs in the diversion chain. Earlier, people not interested in buying kerosene simply handed over their ration cards and let it be used by someone else. With DBT, the subsidy amount would go into the ration card holder’s bank account; the actual purchaser would have to shell out the non-subsidised price. The ration card holder was hardly likely to hand over the difference.

However, the Kotkasim experiment failed and what this shows clearly is that the DBT regime for kerosene is quite different from that for LPG. For one, as Subramaniam pointed out, while the LPG subsidy is a universal one, kerosene subsidy (as also food subsidy) is targeted at below poverty line (BPL) households and brings in the problem of identification of eligible beneficiaries and bogus ration cards. There is also the problem of higher vulnerability if the scheme doesn’t work well.

But there is another complication in the case of DBT in kerosene – there is no open market for kerosene. Even in the case of food grains, people can buy rice, wheat and sugar from any shop and get the subsidy amount redeemed. In the case of kerosene, the whole system hinges on the dealer (whether attached to the fair price shop or stand alone). Often the dealer is in cahoots with those diverting kerosene for adulteration; clearly it is far more profitable than the commission he earns on selling subsidised kerosene.

The Kotkasim pilot also failed because the banking system did not rise to the challenge of opening accounts for beneficiaries or providing them door-step services through business correspondents. The meagre subsidy amount did not make sense to them. The Aadhar coverage and linkage with bank accounts was also patchy. All that can be addressed now, but the problem of the central role played by the kerosene dealer remains.

However, the logic of moving to a DBT system for kerosene is crystal clear and solutions for these problems will have to be found.  Kerosene dealers and those benefiting from diversion have a lot of political clout in rural areas and this will not be an easy reform to implement. So DBT for kerosene will have to be designed very carefully and rolled out very gradually. The central and state governments (kerosene is supplied through the public distribution system, which falls under the state government) need to work on this together. And because it will have to be a slow exercise, there should be no delay in getting down to work on it. The LPG success should not lead to complacency.