GST Compensation: How Federalism Can Come Up With An Amicable Solution In The Times Of A Rare Public Health Crisis 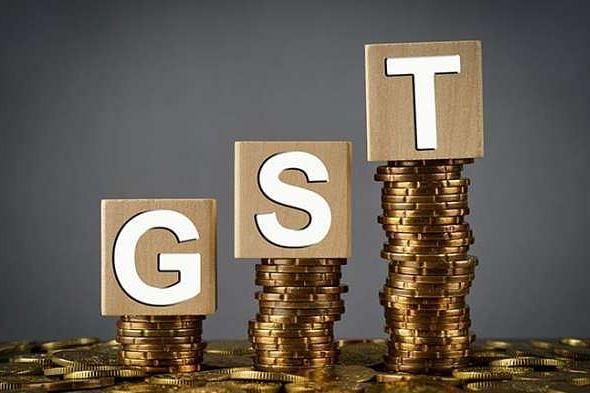 Gross domestic product (GDP) data for first quarter of current fiscal (2020-2021) recorded significant decline in growth but it was in line with the expectation. India remained virtually closed for almost entire quarter and therefore GDP numbers should not be taken as a surprise.

Global economy is also facing the heat of Covid-19 crisis and almost all major economies have reported negative growth during the pandemic.

Decline in economic activity has direct effect on tax collection and another press release has highlighted that central government has breached fiscal deficit targets for financial year (FY) 2020-21 in July itself.

State governments are also facing revenue shortage and goods and services tax (GST) compensation issue has united Congress-led opposition parties. This matter was discussed in 41st GST Council meeting and consensus over compensation is yet to be reached.

Central government enacted The Goods and Services Tax (Compensation to States) Act, 2017 to keep its promise given at the time of GST rollout and states were promised a guaranteed annual increase in taxes.

However, as per Section 7(3)(a) of this act, the Centre is liable to compensate the loss of revenue which has arisen due to introduction of GST.

Therefore, from a legal standpoint the Centre is liable to compensate but only to the extent of revenue loss accrued due to tax rates, exemptions etc, under the GST Act.

For a perspective it may be noted that GST compensation is not guaranteed under Constitution. Section 18 of One hundred and First Amendment Act (ie, constitutional amendment for GST) only provides that “Parliament shall, by law, on the recommendation of the Goods and Services Tax Council, provide for compensation to the States for loss of revenue arising on account of implementation of the goods and services tax for a period of five years”.

Compensation is guaranteed as per the provisions of GST (Compensation to States) Act and it is payable only when revenue shortfall is accrued due to implementation of GST.

In the current scenario, states are unjust in asking the Centre to pay the entire compensation amount without factoring in the impact of slowdown caused by Covid-19.

States’ revenue would have been impacted even if erstwhile sales tax/VAT regime would have continued, and therefore, compensation demand lacks moral ground also.

In a federal structure, both the Centre and states are responsible for economic development, and the Centre is already divulging large share of its revenue (42 per cent) to states.

Since the states have raised the issue of lack of resources, it is time to take a look at the state's financial management.

State's deficit is increasing despite significant increase in funds received from the Centre.

During this period, the central government has managed to bring down its fiscal deficit but state governments are relying on borrowings.

It is important to understand the qualitative characteristic of state governments’ expenditure.

Similarly, though there is an increase in size of expenses but capital expenditure as percentage of gross state domestic product (GSDP) has gone down from 3.1 per cent in FY 2015-16 to 2.9 per cent in FY 2019-20.

Reduction in capital expenditure will adversely impact the pace of economic development and state governments should also shoulder the responsibility of creating better infrastructure facilities by proper appropriation of funds.

If we further dig out the details then it is noticed that populist measures like farm loan waiver, income support schemes have created a big hole in state finances.

It’s time for politicians to realise that their populist measures are impacting the lives of common man because the state is left with limited resources to cater to other needs.

Covid-19 has impacted both the Centre and states. The Centre has already increased borrowing limits of states from 3 per cent to 5 per cent of GSDP and it should be utilised to meet the revenue deficit.

So far as GST compensation is concerned, the central government is liable to pay only to the extent of shortfall which is due to GST rollout. The Centre should pay this amount from consolidated fund or it should borrow to this extent but any amount over and above this should be arranged by states. Fiscal responsibility lies with both the Centre and states in a federal structure.