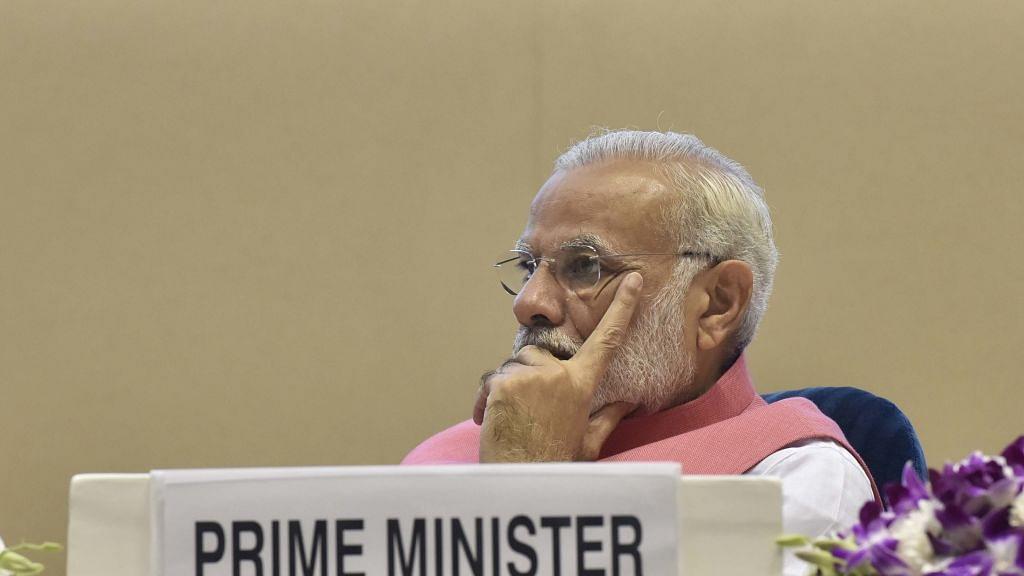 Despite all the naysaying by Cassandras, including the Congress party, which took potshots at the government’s “hasty imposition of a flawed goods and services tax (GST)”, the Narendra Modi government looks likely to have the last laugh.

After nine months of experience with GST revenue collections, and regular glitches and hiccups, one can now declare the new tax scheme a moderate success. And it could get better. One can additionally conclude that the timing of the rollout from 1 July 2017 was one of the best politico-economic calls taken by the Prime Minister. Anything later would have resulted in a needless spillover of the negative effects into the last year of his tenure, with state assembly elections and general elections due over the next one year.

The GST revenue graph rose from August to October 2017, peaking at Rs 95,132 crore, before tumbling precipitately in November – the month when more than 200 items were moved to lower slabs – to Rs 85,931 crore, and bottoming out in December at Rs 83,716 crore.

Since then revenues have been firm and on a slight uptrend. March 2018 saw revenues at Rs 89,264 crore, above February’s Rs 88,047 crore. If we adjust for the fact that February had only 28 days this year, the adjusted notional revenue for a 30-day month would be more than Rs 94,336 crore – which is close to the peak last October. March figures could undergo a revision once GST stragglers file late returns.

These numbers exclude collections under the IGST (inter-state GST), and also the cess on imports introduced from March in the Union budget, says a press release from the Ministry of Finance. These collections totalled Rs 27,811 crore. (See the details here)

In nine months of trial-and-error, Doctor Modi has delivered a healthy GST baby that can only grow healthier as new anti-evasion measures – like the launch of the e-way bill from this month – improve collections, and the natural buoyancy of the economy kicks in.

Other numbers at the state level also tell a great story.

An Indian Express report earlier this month noted a 26 per cent spike in indirect tax collections in Maharashtra, with the GST period (August 2017 to March 2018) actually delivering nearly 30 per cent growth.

The performance of Maharashtra and Tamil Nadu, both producing states with a large manufacturing base, suggests that the old fears about consuming states gaining at their expense of producers have been proved wrong. Both states happen to be both producing and consuming states, and hence their revenues have not taken a beating. Far from it, they have made huge gains. The poorer states anyway gain from economic buoyancy, and the Centre’s decision to compensate them fully.

Additionally, as Business Standard points out in an editorial, the budgeted central indirect tax figures pencilled in for 2017-18 have been marginally exceeded. This once again proves that the overall GST rollout has been smooth, not over-optimistic, nor out of sync with reality.

The moral of the story is this: there may be no such thing as a perfectly designed GST, but the key to success is a willingness to make mistakes, correct them quickly, and then fix problems as they surface. This is exactly what the GST Council, the Finance Ministry under Arun Jaitley and Revenue Secretary Hasmukh Adhia have done. Above all, Narendra Modi can take a bow for orchestrating the tax at the right time, and making it work.

Now contrast this with the churlish Congress condemnation of GST as part of the AICC conclave’s economic resolution last month. The resolution read: “the Indian National Congress supports GST in its principle but opposes the shape and form given to it by the Modi government. As conceived by the UPA, GST was a ‘Good and Simple Tax’ with one tax rate (not exceeding 18 per cent) and exemptions for merit goods. The Congress Party severely condemns the hasty imposition of a flawed GST regime. The Modi government’s GST is an extremely complex tax structure and violates the principle of cooperative federalism through imposition of cesses outside the GST framework. Denial and delay in tax refunds, discriminatory input credit policies, unpreparedness of the GST system, onerous provisions for compliance, and ambiguity in revenue sharing with states have all caused severe damage to India’s economy. The Indian National Congress stands for a much simpler GST framework with a moderate and reasonable standard rate of tax, abolition of cesses outside the GST structure, a transparent mechanism for revenue sharing with the States, and a robust system of refunds.”

After looking at the GST achievements so far, this sounds like sour grapes.