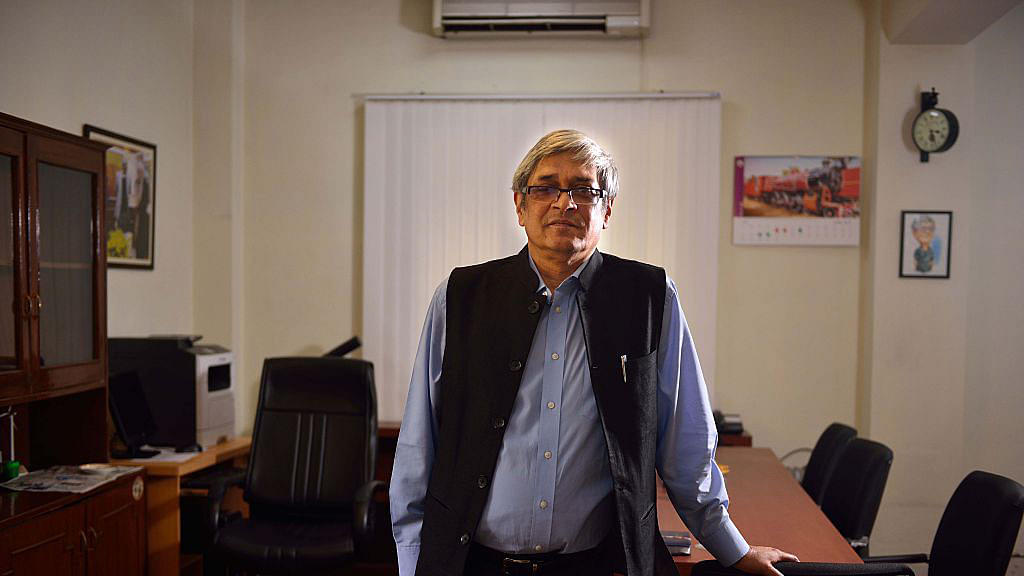 The appointment of Bibek Debroy, currently member of NITI Aayog, as Chairman of the PM’s Economic Advisory Council (EAC) is an indirect acknowledgement that even politically astute leaders could do with the right economic advice when things go wrong. Narendra Modi could not have found a better choice than Debroy, who will be assisted in his job by four other part-time members, including Surjit Bhalla, Ashima Goyal, Rathin Roy and Ratan Watal.

With the economy on a structural slide since the first quarter of 2016-17, at least two quarters ahead of demonetisation, the PM clearly needs to know what needs to be done to fix things. What the creation of the EAC signals is that he is willing to listen.

The question is what kind of advice will Debroy give now? To find an answer, we can look at what he was saying in 2014, well before Modi came to power.

In February 2014, I had requested Debroy to write a wish-list for the next government in terms of economic priorities. This was published in Firstpost.com (read the full wish-list here). At the top of his list was the need to restate the budgetary accounts after former finance minister P Chidambaram’s fiscal fudges, allotting higher amounts for banks recapitalisation, privatisating loss-making public sector units, deregulating oil prices, and winding down the Planning Commission, among other things.

While Modi has done some of these things and ignored others, the biggest mistakes obviously relate to his failure to restate the Union budget after removing Chidambaram’s efforts to show a lower fiscal deficit by postponing 2013-14’s expenditures to the following year and bringing forward revenues due the next year to 2013-14. Unfortunately, Finance Minister Arun Jaitley chose to present Chidambaram’s basic budget with a few cosmetic changes. As Swaminathan Anklesaria Aiyar put it, it was Chidambaram’s budget with saffron lipstick. United Progressive Alliance’s misstatements were digested in the National Democratic Alliance’s first budget and carried forward.

Modi and Jaitley needed to change the fiscal roadmap in 2014-15 after restating the real fiscal deficit at a higher level than the 4.1 per cent Chidambaram had penciled in his interim budget after a lot of fiscal legerdemain.

That mistake would have set a different fiscal roadmap. By agreeing to proceed with Chidambaram’s fudges and broadly sticking to his fiscal consolidation roadmap, Modi and Jaitley bought a pup. This is why we now have to ease the fiscal targets this year – with only one regular budget to go before the general elections. It is this original mistake Debroy will now have to correct, even while recommending sensible economic revival strategies for the remaining 20 months of Modi’s government.

It is obvious that Debroy’s advice at the beginning of Modi’s tenure would have been substantially different from what he may give now, but it is unlikely he has completely changed his views between February 2014 and now.

But, all things considered, Debroy as head of EAC is the right choice. More important, the PM may have more confidence in his advice than what has been proffered by others.

It is not as if Modi received no advice from economists earlier. From Raghuram Rajan to Arvind Panagariya, from Jagdish Bhagwati to the Finance Ministry’s Chief Economic Advisor, he has seldom lacked advice. The problem with taking such advice is this: it is useless unless the economist consents to wear two hats: political and economic.

Except in times of crisis, as in 1991, politicians find it tough to take economic medicine without political goals thrown in to sweeten the mixture. This implies that the best economic adviser to a prime minister or even a chief minister is one who understands political sensibilities while giving economic advice.

It is from this context that Debroy’s elevation as the PM’s EAC chief is laudable. Having been in government for long, and also as someone who had some good things to say about Gujarat’s growth under Modi, Debroy can afford to give economic advice that does not ignore Modi’s political situation.