How Prabhu Is Transforming Indian Railways Into A Fast, Efficient And Profitable Entity 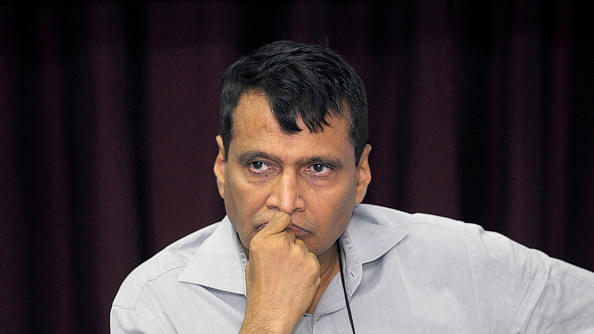 Anilesh S Mahajan’s cover story in Business Today’s 28 August print edition, jots down the daunting challenges Indian Railways (IR) is facing and reports how Suresh Prabhu is working on a mission mode to solve these to make the IR fast, efficient and profitable.

Consider what the report calls a herculean task for the minister:

IR is archaic with poor facilities and on-time record. It spent 92.5 paises last year to earn every rupee of revenue, leaving practically nothing to invest in new facilities or improve current ones. Then there are unions to deal with, who dislike all change, small and big. And Prabhu plans to spend Rs 8.56 lakh crore to fix all problems by 2019, assuming he remains the Railways Minister.

To push for any change is not easy given these challenges. But Prabhu is moving forward.

First, is the glaring flaw in IR’s revenue model. In the last budget, out of the gross traffic receipts of Rs 1,67,834 crore, freight earnings contributed Rs 1,11,853 crore. Passenger fares contributed the rest. What is happening is that freight is subsidising passenger fares. This is the legacy of Prabhu’s predecessors. They didn’t touch passenger fares for years but kept raising freight fares making it uncompetitive vis-a-vis roads.

Second, is IR’s overarching bureaucracy. The report says that IR “has bloated into a mammoth, centralised organisation with hierarchical decision-making and a culture of operating in silos. It takes years to reach consensus even on trivial issues”.

It recalls Debroy committee report which talks about one decision on hot cases to keep food warm for passengers. This was kept pending for 25 years because the member (electrical) had one view, while the member (traffic) had another.

Third is IR’s finances and accounting. Since the IR spends a major chunk of its budget on revenue expenditure, there is hardly any room left for capital expenditure. It finds it hard to raise debt as its balance sheet remains in bad condition.

BT notes what Debroy committee’s report has also said that at present, no return on expenditure is calculated on any expansion or any new project which makes it hard to tell whether any new line (or expanded one) is profitable or not.

The fourth problem is the sheer number of inefficiencies that have crept in over the years in the 163-year-old system. Cost and time overruns are not the exceptions but the norms. The BT report tells us that out of the capital outlay of Rs 1,00,010 crore, IR could spend only Rs 82,192 crore in 2014/15, and today it faces a burden of Rs 4,83,511 crore because 458 projects lie unfinished. Operating ratios (spending to earn each rupee) are going to get worse in the light of 7th Pay Commission cheques materialising.

As one can realise, these are herculean tasks. It would take years before a visible change can be ushered in. But Prabhu is taking these problems head on.

Here is what he is doing.

Audit: The BT report tells us that an audit has started in Ajmer division, which will cover the country in the next two years. This will tell IR which train makes how much money, and what alterations can be made to boost revenues and expand operations.

Restarting stalled projects: According to BT, Prabhu has appointed seven mission directors to ensure smooth and efficient execution of the projects. Prabhu’s five-year plan entails taking the investments in railways to Rs 8.56 lakh crore. In the past two budgets, he has been able to take the outlay to Rs 1.21 lakh crore. He is looking beyond the finance ministry for financing, such as SPVs with states and PSUs for projects that are specific to them, and raising money via debt.

He is roping in private players for the redevelopment of 412 train stations.

Cutting inefficiencies: According to the BT, Prabhu has roped in Piyush Goyal for track electrification and the IR has met its last year’s target of 1,600 km of electrification. His target is to execute electrification of 35,000 km in the next seven years.

IR is also focusing on cutting diesel consumption and moving to turn several stations into solar.

Tariff rationalisation: Prabhu wants a regulator instead of Parliament fixing tariff and fares. This can soon be a reality. Cabinet note needs to be circulated and then both houses would have to give permission to devolve their powers to a regulator. This move would help rationalise fares and insulate them from electoral considerations.

Making freight great again: Prabhu wants to increase the freight basket from 10 to 40. Reclaiming freight transport space in the delivery of automobiles is an important project on Prabhu’s mind. Railways has many advantages in this area but still lags far behind when compared to road transport. For instance, one rake can transport 300 cars in comparison to 20 via a container truck. Despite being a lot cheaper, auto firms chose roads over railways because trains don’t run on time.

Prabhu seems determined to change that. The BT report tells us that railways earned Rs 100 crore by moving four percent of India’s automobile deliveries and now Prabhu’s goal is to increase it to 20 percent in the next 10 years.

A new logistics joint venture has already been forged with the Delhi-Mumbai Industrial Corridor (DMIC) which already has land available with it. This coupled with the upcoming auto hub in Walajabad near Chennai, should help the railways make a dent in the auto transportation market.

Prabhu has tasted success in this endeavour too. According to BT, the Delhi-Chennai freight train is the first to run on time. It covered the distance in 72 hours compared to 14 days earlier. This needs to be replicated everywhere.

The following anecdote gives us a glimpse into Prabhu’s work style. Delegating is an important aspect of this. The BT reports that US major General Electric and French firm Alstom got the permission to set up two separate locomotive manufacturing facilities at Marhowra and Madhepura districts in Bihar respectively. This was just a day after the BJP lost the elections in the state. These projects are aimed at upgrading thousands of existing locomotives, and replacing old and inefficient ones.

Despite vehement opposition from unions and the RSS, Prabhu has also allowed 100 percent foreign direct investment in railway infrastructure.

Building capacity of Rae Bareli coach factory has been trebled to 1,200 coaches. The BT also tell us that IR has allowed the import of train sets instead of insisting on manufacturing in India.

The BT also informs us that on the lines of China, which dissolved its ministry of railways and separated policy and regulation from commercial operations, Prabhu also wants to set up a holding company and make all the railway PSUs subsidiaries. However, the BT rightly cautions, Prabhu’s reforms need to take shape before he can convince the government to make that transformation.

You can read the full Business Today story here.