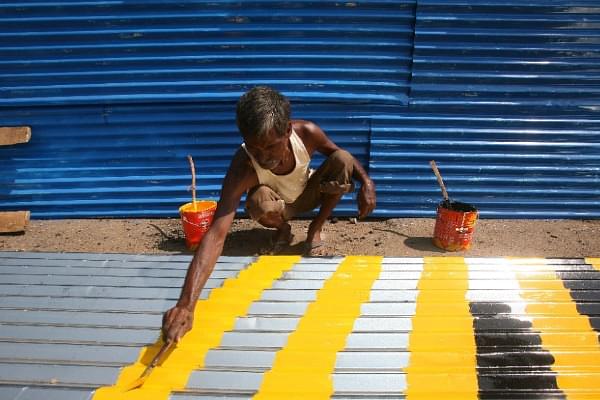 Aluminium is expected to be the next driver of growth in the coming years. (GettyImages)

India is gearing up for a huge industrial revolution in the coming decade with high sustained growth. Steel and aluminium is the primary material that will propel this growth. Indian aluminium demand is expected to touch 5.3 million tonnes (MT) in 2020-21.

The demand has grown at 4 per cent higher than the Gross Domestic Product (GDP) growth in the past, and a sustained growth of over 8 per cent into double digits in the next decade will propel the demand to over 16MT by 2030. There will be an upward bias to the demand if the Government of India enforces the banning of internal combustion (IC) engines in favour of electric vehicles by 2030. The share of aluminium in electric vehicles is higher, owing to its durability and lightness, leading to higher mileage per charge.

India will need huge capital expenditure (capex) to increase production capacity from 4MT to 16MT before 2030. The capital per million tonne for a brownfield integrated aluminium plant is Rs 35,000 crore at 2018 prices. The total expenditure including land acquisition, inflation, mining infrastructure and downstream industries will be closer to Rs 6 lakh crore for a 12MT net aluminium capacity plant (at 2018 prices).

Except for Nalco, Hindalco and Bharat Aluminium Company Limited (Balco, now part of Vedanta), none of the other players hold bauxite mines. India has the seventh largest bauxite resource in the world with over 2.9 billion tonnes and the annual demand will be more than 64MT (2030).

The industry is facing multiple challenges such as non-availability of bauxite, coal, lower import duty for scrap and capital availability. The non-availability of bauxite has been the major problem of the industry. The bauxite mine allotted to Vedanta and Anrak has faced resistance from the local tribal community and licences were scrapped. The bauxite mine allotted to Anrak Aluminium has faced huge protests leading to the cancellation of licence, thereby dragging the firm to bankruptcy even before commissioning. But the same people were in favour of bauxite mining by public sector major Nalco.

Though Nalco, which holds the biggest bauxite mine, has operated profitably for two decades, it has struggled to increase aluminium production capacity. While Nalco’s capacity was 0.22 MT in 1986, it has undergone two capacity expansions in 2003 to 0.35 MT and in 2011 to 0.46 MT.

The surplus alumina is exported, while Indian companies are importing bauxite and alumina for their refineries and smelters. Nalco has finally announced expansion plans to increase alumina capacity by 1MT and aluminium by 0.6MT in 2022-23. This is nowhere adequate to meet the surge in demand expected from the economy.

Aluminium companies will not be interested in any major capex without the resolute availability of local bauxite. The experience of Vedanta and Anrak will create a lasting impact on other companies or foreign entities planning to enter the industry. With no capacity expansion by the private sector, the demand has to be met by Nalco, with an investment totalling Rs 6 lakh crore.

It is hard to imagine Nalco performing such huge capacity expansion, considering the track record of the company and the availability of capital. The only other way is to import the raw material/finished product. This will sound the death knell for the economy. The viability of imported bauxite is less, considering the experience of Vedanta in operating the Lanjigarh Alumina refinery.

The imported aluminium billets for value-added products will not be cost-effective, considering the downstream industry depends on hot metal from the smelter. The import substitution will lead to job losses and hard-earned Indian money.

The import bill will be closer to Rs 1.8 lakh crore (current LME Al and dollar-rupee rate) for 12MT aluminium billets in 2030 and this might double if the finished products are imported instead of billets. The major beneficiary of India turning to an import economy will be the foreign mining and processing companies along with its manufacturing industry.

Import can only be restricted if the availability of local bauxite increases along with the viable downstream value-addition industry within India. Most of the mines are located in Scheduled V areas, which is out of bounds for the private sector (Samata Judgement of 1997).

Only the state government or PSUs or tribal groups can mine in this region. This limits the availability of bauxite unless the government initiates the process of mining to feed the industry. Nalco is the only company in India which has a favourable position among the people and is “allowed” to mine bauxite amid concerns of exploitation and pollution.

The solution lies in splitting Nalco into two entities, one for bauxite mining and the other for alumina refinery and aluminium smelter. This will be along the lines of Coal India and National Thermal Power Corporation (NTPC) and private power plants, and National Mineral Development Corporation (NMDC) and Rashtriya Ispat Nigam Limited (RINL) as well as private steel plants. Coal India and NMDC have been successful in supplying raw materials to both public sector and private sector steel, power, aluminium and cement plants.

Nalco (the mining arm) through its expertise will be able to mine bauxite in remote regions profitably and transfer it through a slurry pipeline outside the ecologically sensitive region for processing into aluminium. It will be able to mine responsibly without destroying the livelihood of the indigenous tribal people.

Nalco, through large-scale mining, can achieve economies of scale, thus negating the need for import. The slurry pipeline will be a safer way to transport bauxite through ecologically sensitive regions. The world’s longest slurry pipeline in Brazil is 529 kilometres and India’s slurry pipeline of 267 km. Most pipelines transport iron ore except for the 244-km pipeline that transfers bauxite in Brazil.

Nalco (processing arm) will process bauxite into aluminium and value-added products. The processing entity should act fast and increase the capacity of aluminium to meet demand. A focussed plan is required to expand the capacity in phases. The return will then depend on prudent capital allocation and maximum value addition of aluminium.

It is highly unreasonable to expect investment in both entities at the same time. The privatisation of Balco and Hindustan Zinc Limited (HZL) provides a realistic solution to raise capital. Nalco can divest majority shareholding of 51 per cent (similar to Balco) of its processing arm to bring in capital for the opening of new bauxite mines. The private sector can then be relied upon to enhance the capacity of Nalco processing plants with the assured availability of bauxite from Nalco (mining arm) to meet the upcoming demand.

It is a win-win for everyone. Nalco will be able to expand mining and processing capacity, while the private sector will have an assured supply of bauxite to expand capacity, while import of raw material/finished products can be reduced to nil. Also, economies of scale will lead to export potential of finished products, while tribal rights will not be tampered with, and ecologically-sensitive regions will be preserved by sensible mining.

As a result, jobs will be created in mining, processing, logistics and manufacturing industries, while the market value of the government stake in Nalco along with dividend realisation will increase. Increased job creation, higher value products, decreasing imports, higher export of finished products and lower fiscal/trade deficit will then propel the economy.