IL&FS And Bank Frauds: Long Bans On Auditors May Be Counter-Productive 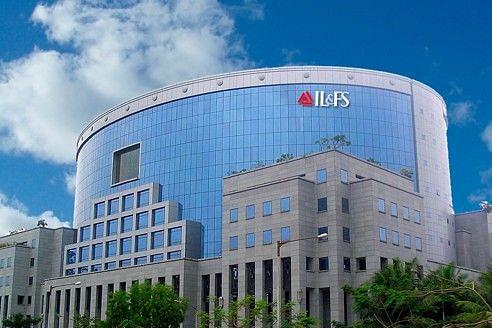 The crisis of confidence precipitated by Infrastructure Leasing & Financial Services (IL&FS) loan defaults, and frauds and under-reporting of bad loans at some other banks, has singed the accounting profession badly.

The Reserve Bank of India has banned SR Batliboi, an affiliate of EY, from auditing commercial banks for a year for its alleged failure to red-flag lapses at Yes Bank, and the Centre has sought a five-year ban on Deloitte and BSR & Co, both auditors of IL&FS, for their alleged failure to detect the problems that led to defaults at the infrastructure services company. Last year, market regulator Securities and Exchange Board of India (SEBI) banned PwC (PricewaterhouseCoopers) from auditing any listed entity for two years for its role at Satyam Computers, whose promoters admitted to financial fraud in 2009.

The problem with such bans is that they can be self-defeating. Sure, auditors should be hauled up for failing to detect problems early enough or for allowing frauds to happen based on a wink-and-a-nod relationship with dubious promoters, but banning must be the exception rather than the rule.

While egregious audit failures and connivance in hiding shady deals should indeed attract bans, in most cases auditors can at best be faulted for bad judgement, like when they accept the classification of a bad loan as good when it’s in a grey area, or when they fail to detect hanky-panky in the more complicated deals undertaken by some clients.

India is a land of multiple scams and financial failures, and even as we speak many Ponzi schemes are unravelling, including one in Karnataka called IMA (I Monetary Advisory). Frauds at Satyam Computers, Punjab National Bank, Bank of Baroda, Syndicate Bank, and many other financial entities over the last 15 years could possibly have been detected by more alert, or less cooperative, auditors, but unless it is clear that an auditor was a willing partner in crime, it is unfair to debar him from practising his profession. If we add up all the scams that have happened over the last decade and may even now underway, sooner than later most of our auditors will have to pack up and retire.

Bans and investigations by ham-handed agencies like the Central Bureau of Investigation (CBI) have a chilling effect on the profession, and will end up reducing the pool of good quality auditors available for future audits. Worse, fear of bans and CBI probes may well force some of them to drop out of auditing altogether, as was reported recently in the case of Reliance Capital.

PwC has apparently found some problems with Reliance Capital’s home loans portfolio and resigned its job, and a report in The Economic Times today (13 June) says that the Big Four may soon avoid auditing companies that are not blue-chip multinationals. The whole purpose of auditing is to detect problems at the smaller and riskier firms, and if the penchant for bans and arrests catches on, most big auditors may become risk-averse.

In fact, the best way to deal with audit failures is a stiff fine, and/or a censure or restriction on the specific people who muffed an audit. Banning the entire firm makes little sense, when the lapses may have been one of inadequate supervision of the personnel directly dealing with a company’s books.

The Narendra Modi government may want the accounting profession to clean up its act and prevent frauds and cooked-up books, but it should not be cutting off the branch on which the more ethical auditors could be sitting. Frauds can be prevented by alert auditors, and banning so many of them may have the opposite effect of making audit firms with reputations to lose from taking on difficult jobs.