India-China Conflict: How India Can Retaliate Economically Without Violating Any Legal Framework 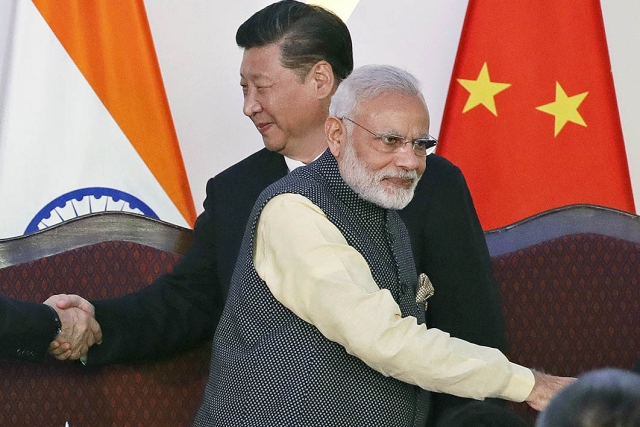 Recently, 20 Indian soldiers were martyred at the Line of Actual Control (LAC) due to unwarranted aggression by the Chinese troops (People’s Liberation Army).

India has clearly stated unequivocally that the Chinese troops tried to alter the status quo unilaterally, ergo, violating the protocol which was mutually agreed on 6 June.

With this, the boycott for products sourced from China is growing louder. The call for boycotting Chinese products initially started gaining momentum after it became certain that China failed to inform the world about the true nature of COVID-19 and acted negligently.

However, for all pragmatic and diplomatic purposes, this call for boycott was limited to trade bodies and citizens.

Ironically, while on the one hand, the government called for Atmanirbhar Bharat and military tensions are on the rise, it is in the process of awarding a road project contract to a China-based firm in a ‘fair and accountable’ manner on the other.

Apart from this, India has categorically allowed Huawei to develop 5G technology in India.

The reason for such limited response, in the economic sense, is the fact that India is a member of the World Trade Organization (WTO), which in-principle prohibits discriminatory treatment.

This was evident when India tweaked the Foreign Direct Investment (FDI) norms to prevent hostile takeovers from China without violating any WTO norms.

However, several developments have taken place since then, and allows India to explicitly prohibit ‘Made in China’ products and prevent Chinese firms from participating in public infrastructure projects within the WTO framework.

As the article is being written, there are reports which suggest that India is planning to forbid supply of 4G components to BSNL from Chinese firms, and the Railways is rescinding a Rs 470-crore contract with a Chinese firm.

This framework provides for the Members of WTO to invoke the clause on security exceptions when countries consider it necessary for protection of its essential security interests.

This includes measures taken during the time of war or other emergency in international relations, or for pursuing their obligations under UN Charter for maintenance of international peace and security.

This essentially grants immunity to those actions which, otherwise, would have violated WTO norms.

A prima facie reading of Article XXI of the GATT and Article XIV bis of the GATS clearly suggests that it is a self-judging clause and provides significant room for the countries to decide matters relating to their own security.

The WTO panel, in a recent dispute concerning Russia and Ukraine, held that it is open for the panel to review the actions through an objective criterion, and has explicitly stated that economic and political conflicts do not constitute as ‘emergency in international relations’.

However, the Panel Report (Page 42) further clearly states that “While such conflicts (economic and political) could sometimes be considered urgent or serious in a political sense, they will not be ‘emergencies in international relations’ within the meaning of subparagraph (iii) unless they give rise to defence and military interests, or maintenance of law and public order interests”.

While this was concerning a dispute under the GATT, the same jurisprudence can be expanded to read the security exceptions under the GATS as well.

Further, India can take measures under Agreement on Trade Related Investment Measures (TRIMS) as well, since Article III of the agreement clearly states that all exceptions available under the GATT are applicable to it as well.

In this backdrop, India can prevent Huawei from developing 5G technology in India, restrict trade from China extensively, place a partial de-facto embargo on China across critical sectors without violating any WTO norms or rules.

It is pertinent to note that this clause can be invoked regardless of who bears the international responsibility for the situation.

Hence, even in the best-case scenario of China’s proposition that the responsibility for such situation rests with India, may not hold water since the mere existence of the situation is sufficient to invoke the exception.

Additionally, since China has violated Article 2(4) of the UN Charter which restricts the members from threatening or using force against the territorial integrity or political independence of any State, India has the necessary grounds to take measures of self-help which includes retorsion.

Therefore, legally speaking, it is clear that India has a range of options in the economic field which could be employed to express strong displeasure.

As it is known, over 12 per cent of China’s trade surplus comes from India. Indian government should not shy away from considering economic retaliation within the legal framework.

The government should make it clear that there can be no compromise on sovereignty and territorial integrity.

With many unanswered questions on China’s role in the pandemic, which has possibly given rise to the unprecedented situation that we are in today, coupled with the fact that the same country is resorting to military aggressions, builds a strong case for India to retaliate in collaboration with other global powers.

As far as boycotting Chinese goods within India is concerned, it is an opportunity for the government, trade bodies, and citizens to do it collaboratively, which will be a watershed moment documented in history.