Insolvency Code Needed Tidying Up, And The Ordinance Does Just That 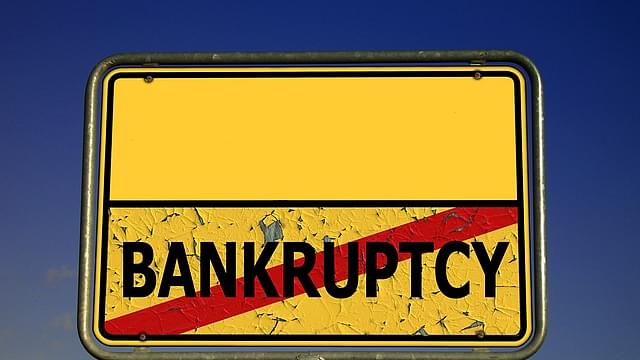 Ever since the enactment of Insolvency and Bankruptcy Code (IBC) – 2016, banks have been facing several challenges. The Non-Performing assets (NPAs) identified at the instance of Reserve Bank of India (RBI) for reference to National Company Law Tribunal (NCLT) for speedy debt resolution must have 50 per cent provision. Insolvency professionals and committee of creditors had to coordinate to take the time bound debt resolution process further.

Whenever recovery measures are initiated, the mighty and strong delinquent borrowers identify weaknesses in the legal structure to seek asylum in courts. In many such litigation, the honourable courts have steered clear of the recovery actions of banks in line with the provisions of IBC, much to the detriment of dodging borrowers. But still there was scope to meddle with its legal provisions.

As a result, some of the errant promoters of large defaulting companies were keen to bid for assets to be auctioned by a committee of creditors to realise their dues as part of the debt resolution plan. The deep haircut in the resolution process may turn such assets cheaper than market price. The promoters of delinquent companies evince interest to bid for their own company assets as they are more familiar and understand how to resurrect them for gains. In such a milieu, the promoters can again buy back their own company assets at a discounted price regaining management control. In the process, banks have to absorb haircut while the defaulted promoters can get away easily meddling with the legal lacunae. There was no specific provision in IBC to bar promoters from buying their own company assets.

The Amendment To IBC

Recognising such glaring legal gap, an ordinance amending the IBC has been approved barring errant promoters, wilful defaulters, guarantors to the debtors, those with poor credit worthiness and disqualified directors of the companies. It is the call of the committee of creditors to undertake due diligence of bidders under the resolution process. Penal provisions have been built into the system for violations, if any. The present amendment is a right step to abrogate the malicious move of delinquent promoters, who by their own act have brought the company to the brink of such ignominy.

Even in such distress, some of the errant promoters find a way to dupe the banks and buy back assets at lower price. Henceforth, even practice of providing cross guarantees among borrowers will also be checked. A part of the due diligence will have to be done by guarantors as well. If they do not test the prudence of borrowers, such guarantors also will have to a pay price for their tacit role when the loan account turns sour.

Key Reasons For Rise In NPAs

While there could be exceptions, most of large NPAs are the result of unmindful and reckless diversification and misuse of borrowed money by the entrepreneurs. Had these funds been applied for the purpose for which loans were granted, the unit would have been operational. The diversification is the result of overleveraging and making greedy investment in real estate or other high risk ventures. A genuine failure of business due to downside economic cycle are rare and can be taken care by banks with inbuilt handholding process. It is the wilful act to default bank loans that cannot be protected by systems and policies.

There has also been an increasing attitude among borrowers to seek enhancement of loans to accommodate such vilification. Banks having funded large sums is often left with no option but to continue the facilities with little enhancements now and then to ensure that loans continue to be serviced and remain standard as long as possible. This stance has been changed only after the onset of Asset Quality Review (AQR) initiated by RBI that has rightly dissuaded banks to dispel ever greening of loans. Forced accommodation with additional doses of loans ultimately led to a steep climb of stressed assets in banks to over Rs 12 trillion, majority of which are held by Public Sector Banks (PSBs).

Impact Of Amendment To IBC

The present massive stock of NPAs in the banking system has to however undergo the gruelling process of debt resolution. Even finding eligible bidders as per new norms can now pose a great challenge as was experienced in Strategic Debt Restructuring (SDR) scheme of RBI. But the long term impact of well amended IBC could be an elixir for the ailing banking system. The future generation of borrowers will understand that not honouring commitments to repay bank loans could deprive them of the continuity of business forever. Besides the ordeal of facing NCLT proceedings and dictate of committee of creditors, losing the commercial activity could put an end to not only their current span of business, but can also cost very dear to their next generation.

Thus, way forward, IBC will emerge as an invincible tool against future defaults. At the same time, introduction of various follow up measures by RBI since 2014 will develop better systemic controls in banks to bring the incipient sickness of accounts to the floor of lenders through joint lender forum. The combined impact will bring a tectonic shift in the attitude of borrowers towards loan repayment culture. Banks also would not hesitate in classifying bad loans in time to initiate available recovery measures. The crusade against toxic loans in banks would converge into an effective force to enhance the asset quality and stabilise a better credit culture much to the relief to banking sector.

With sizeable capital infusion in the pipeline, if the existing pile of NPAs is taken to their logical end, the PSBs in particular can regain robust health to support economic growth with accelerated lending in the next two years. Though the challenge for insolvency professionals and committee of creditors has gone up substantially in identifying new investors, the banks have been put on a firm footing. The amended ordinance has thus removed an anomaly that could dissipate ethical dimensions of debt resolution.

Way forward, banks should have a firm and uniform policy to declare borrowers as willful defaulters as soon as possible in the usual course of business. Since there was no specific advantage for banks to declare borrowers as willful defaulters, it was hardly pursued as a deterrent in managing asset quality. Now, such classification will hold lot of significance. Since it can be challenged in a court of law, banks have to pursue strict policies in line with RBI guidelines. Though the ramification of amendments to IBC is open to challenges in implementing it, yet it has great potentiality to ring-fence the moral standard of debt resolution process.