Is Adani Getting an Easy Loan? 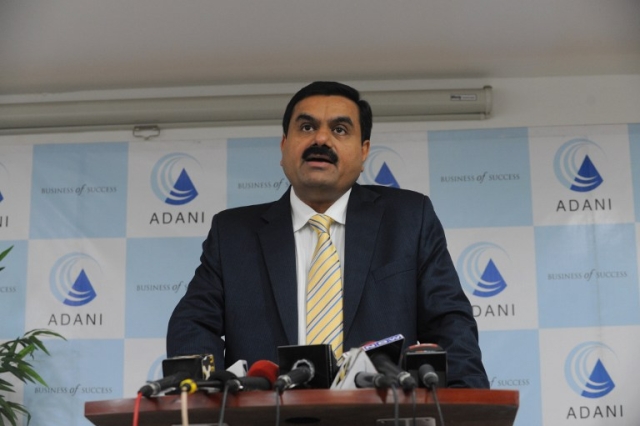 The news that the Adani Group has signed a Memorandum of Understanding (MoU) with the State Bank of India (SBI) to provide a credit facility of upto US $1 billion for their coal mining project in the Australian state of Queensland has predictably led to the usual accusations of “crony capitalism” from the usual suspects.

With the complete absence of any evidence which suggests any undue favours being paid to Gautam Adani, the cries of crony capitalism rest on a form of guilt by association. Since Adani is reputed to be close to Prime Minister Narendra Modi, the argument goes that influence was presumably brought to bear on the SBI to strike this MoU.

The knee-jerk cry of cronyism when a large industrialist receives support from a state owned bank needs to be put into perspective. The fact is that, thanks to Indira Gandhi’s nationalisation of the banks back in 1969, India has large commercial banks which are government owned. It is therefore perfectly normal for banks such as the SBI to make large loans to private sector corporate houses and there’s nothing intrinsically problematic about this so long as one accepts that we do in fact have state owned banks within our banking sector.

The entirely legitimate question of whether we ought to have nationalised banks in the first place and if they should now be privatised is obviously a much larger debate that needs to be delinked from the specifics of any particular transaction. And I strongly suspect that many of those crying loudest about cronyism in this case would be the last to support bank privatisation.

As it happens, the SBI has already made a loan of US $800 million to the Adani group for the same project, as reported in the company’s annual report for the fiscal year 2012-2013. This makes it the  fourth largest investment by a foreign bank in Australian coal infrastructure during the period 2011-2013.

Since this loan predates the election of Narendra Modi as Prime Minister, to argue that this earlier loan was due to undue influence by Modi, one would have to impute to him powers more normally associated with B level science fiction cinema, involving teleportation through time.

The real question at issue is whether SBI’s MoU to provide a credit line— and note it’s not an outright loan or giveaway as it is being spun by some in the media — makes good economic and financial sense or not.

At first glance, it appears to be a stretch. A slew of reports not just by environmental NGOs but even by investment firms including Macqaurie question the viability of the Galilee Coal Basin. Among other factors, a falling price of coal in world markets will make it difficult for anyone to turn a profit from coal, which is not of the highest quality, extracted from Galilee. That’s induced some established coal majors such as BHP Billiton and Glencore to announce that they have no plans to pursue new coal mining projects in Australia. That would appear to leave the field open for swashbuckling newcomers like Adani with a greater appetite for risk than the established players.

But just how risky is this investment?

A crucial element of any assessment of the viability of a project such as this is the time horizon used. It’s rather obvious with a falling price of coal in world markets, a short-term horizon is bound to lead to the conclusion that a project like this won’t be viable.

However, over a much longer time horizon, in which reserves of cheaper and higher quality coal elsewhere gradually become depleted, it seems plausible to assume that the Galilee Coal Basin could become economically viable at some date in the future. In the absence of details on the SBI’s rationale for the decision to sign the MoU, it seems entirely plausible that these longer run considerations figured in their thinking.

Of course determining if and when higher coal prices become a reality would require careful modelling of world coal supply and demand, new discoveries and depletion, and the likelihood that coal will be supplanted altogether by cleaner technologies in the medium to longer run.

However, the notion that coal will disappear anytime soon and be replaced entirely by renewable energy sources is simply wishful thinking by environmental activists and other do gooders.

The other important point largely overlooked by those crying foul in India is the political dimension to this particular coal project in Australia. The fact is that the government of the state of Queensland has promised an undisclosed amount of money to support the Adani coal mine. That the project is being underwritten to a greater or lesser extent by an Australian state government surely must have figured in SBI’s decision to strike this MoU. After all, with billions already sunk into the project and with state elections looming, it’s unlikely that the government of Premier Campbell Newman would allow such a project, which is a corner stone for his development plans for the state, to fail.

The other wrinkle is that Australian mining magnate, Clive Palmer, claims that his rival project “China First” was ready to go and fully financed to the tune of US $10 billion by Credit Suisse. Palmer is also a politician and member of the lower house of Australia’s federal parliament. What’s more, there’s no love lost between Palmer and Newman, with Palmer’s party backing a Senate inquiry into alleged impropriety by the Newman government.

Perhaps Australian politics, more than Indian politics, helps explain why the Queensland government opted for Adani’s project over that of Palmer?

As for Indian politics, it’s evident that Modi played up the deal between Adani and the state of Queensland — arguing it would be good for India’s drive to become a manufacturing powerhouse.

Far from being unusual, it’s the norm that major state visits by leaders of any country are punctuated by the signing of major deals, whether, trade, investment, or even specific projects such as this one. It’s routine for political delegations to be accompanied by business leaders, members of NGOs and assorted interest groups.

Perhaps, in an ideal world, government would insulate itself completely from the perception that it’s being influenced by one or the other interest group, whether a business house or an NGO for that matter. But the reality is that whether it’s India, Australia or the United States, the functioning of politics in a vibrant democracy involves a complex interplay between government and assorted constituencies.

But that’s a far cry from the charge of crony capitalism which is routinely bandied about by those who dislike capitalism in general or the Modi government in particular.