It's All About Seeds, Breeds, Cultures And Markets 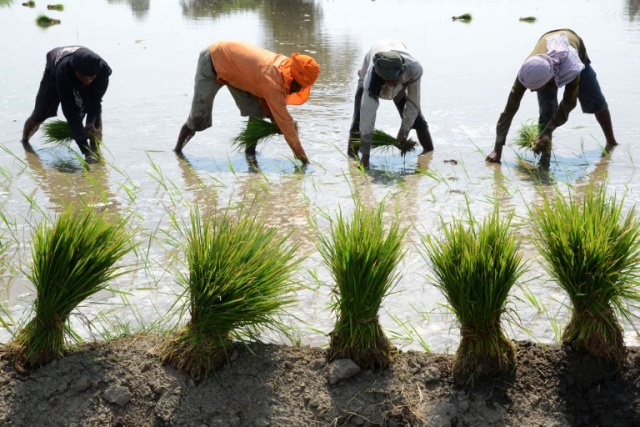 The T-Farmer that we talked about in the previous part of this series is incomplete without the best seeds, planting materials and animal breeds as we look at the entire gamut of the agriculture sector. As pointed out in the earlier part of the series, the productivity levels in India are abysmal. They can only go up and up and the potential growth spans a whole range – from food grains to commercial crops to vegetables for seeds; from cows to buffaloes to sheep for breeds, and from banana to papaya to hard palms for tissue cultures. It is in this context that I find the debate on BT seeds particularly galling. In a country where most of its staple foods—such as potato, tomato, and wheat and rice—have come from foreign lands, an attempt to even throttle experiments of BT seeds is nothing but fatuous. It even smacks of motivated lobbying.

What is stopping innovation?

So what prevents us from taking up all this in the right earnest? Nothing but the chains of our minds. The collective mental block, which this country has always had towards mass innovation and research. The empiricism which this requires is sorely lacking in the masses of our farming communities. The passage of superstition and ignorance which has often marked our rural areas has also affected the fortunes of the major occupation they keep, i.e. crop and animal husbandry, and to a lesser degree, horticulture. Low productivity and output, poor extension efforts on part of the government machinery, and to cap this, complete asymmetry in marketing and farming communities across India. In this part of the series, I will try and cover all the remaining issues.

First, let us look at the dryland farming techniques we have been using.

There is very little research being done on seed variety suitable for different agro-climates of the country notwithstanding what ICAR says. ICAR has become another fortè of the agriculture bureaucracy. The pastoral techniques developed by CAZRI stations are nowhere to be seen in the desert these days. 25 years back, I was able to see large pasture lands developed through community action, but no longer.

The essence of dryland farming, or for that matter even non-irrigated land farming requires integration of crop husbandry, horticulture and animal husbandry. We need concentrated and concerted action towards this. Extension techniques need to be modernized too.

I had cited the example of date palm tissue-culture in an earlier part. Wherever the tissue culture techniques have reformed and revolutionised the horticultural practices, and where modern seeds have revolutionised the crop husbandry, the farmers have prospered and thrived. Introduction of BT Cotton in Gujarat has been largely successful as it was accompanied by assured irrigation, but has led to large scale suicides in Vidarbha. Add to this improved breeding and keeping practices for milch and draught animals.

Though it is a separate subject in itself, I did happen to visit the Dutch bovine farms. They are the best in the world, but my efforts to bring an International Animal Husbandry Training Centre (on the lines of the International Horticulture Innovation and Training Centre with participation by the Dutch and the private sector set up by me in Jaipur) did not bear fruit. As I showed in my series on Kutch and how farmers needed to look at farming as business, it is possible to turn farming into a profitable venture if the steps of modernizing the structure, support systems and training of farmers keeps apace.

With all ground issues discussed, let us now turn to marketing, logistics and financing. This is where the farmer loses out as the colonial hangover of exploitation by princely states and zamindars has completely stalled all reforms in the land market. This has restricted not just the consolidation of land holdings, but also the leasing, licensing, and renting out of land. It’s causing sub-optimal utilization of land resource and preventing large capital inflows into farming. That prevents the country from maximizing its export potential in many crops, particularly in fruits and vegetables. The bogey of exploitation of poor farmer is a convenient ploy used by vested interests to throttle reform and continue their hegemony unchecked.

Estimate of wastage in food crops and fruits/vegetables is anybody’s guess, varying from 20% to 50%, but the vested interests controlling the mandis will not let any logistical reform happen. The nascent food retail industry is suffering badly due to fund crunch, and the farmer is directly impacted. These little monopolies of Mandi Samitis are the worst exploiters of farmers.

FDI in retail is an idea whose time has come, and no force can stop it forever. It is strange that the opponents of FDI in retail have nothing against large scale organized retail, as they cannot logically defeat the idea. So they want to stall it by preventing infusion of funds. In a capital-starved country where poorly capitalized banks don’t have funds to lend, not letting funds flow in for a critical activity which forms the base of agriculture products marketing system is highly detrimental. The government must critically examine this aspect.

Second issue is that of setting up of private mandis. The antiquated auction methods and lack of storage facilities are crying out for APMC Acts to be reformed in a major way, but the mandi lobby is simply too strong compared to the farmer.

In 2007-08, I had tried to set up a private mandi in Jaipur, but it came a cropper as that mandi had to perforce source all its products (except a few exempted horticulture products) from the existing one. That made it uncompetitive right at the outset. There was not enough political will to carry out an amendment which would end the monopoly of the existing Mandi Samiti.

Third issue is that of credit financing of farmers. Repeated loan waivers have eroded the capital of co-operative banks and rendered PACS vulnerable in most places. The main reason is that governments across the country have not compensated these institutions 100%. They have been left to carry the cross of government decisions and become defunct in many places, and have severely curtailed their loaning in many others.

Governments are neither recapitalizing these institutions nor giving them credit refinancing to the extent required. The farmer suffers in the bargain and is driven to private money lenders. The rise in farmer suicides is directly proportional to farmers’ indebtedness to private money lenders. It would be an interesting research exercise to establish a correlation between loan waivers, increased loaning by private moneylenders and farmers suicides.

I will end this series on agriculture by urging all those who have an interest in this sector, or have something to do with the sector, that it may not be feasible to make Indian agriculture turn the clock and become the major contributor to GDP. Indeed, it may not even be desirable. However, it is possible for Indian agriculture to enrich the farmer, correct the skewed distribution of incomes, give a huge fillip to export and completely eliminate poverty. What we need is an open mind and some guts.

This concludes the series.

Earlier in the series: Farm Distress – Is Anyone Interested In A Solution?;  Making Businessmen Out Of Farmers – The Kutch Example; Kisan-Mukt Bharat: Good Or Bad?; Can We Have Techno-Farmers, Please?