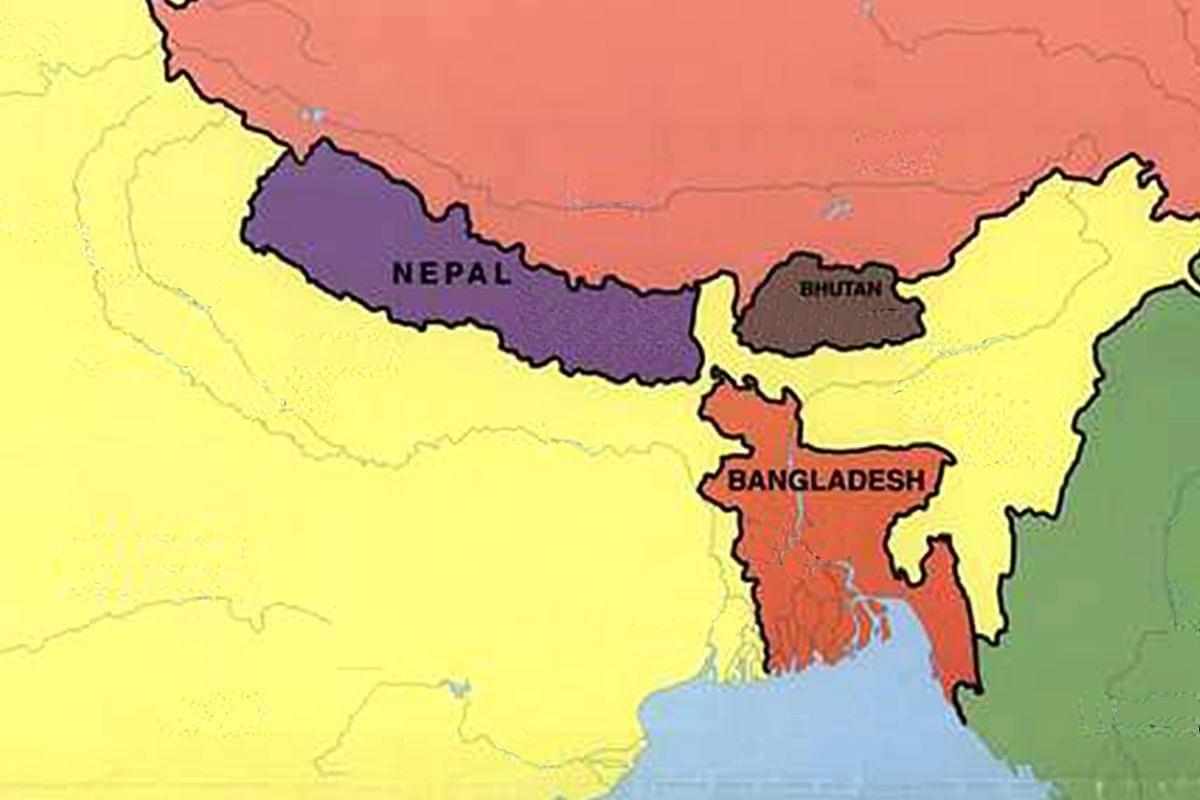 Everything has a brighter side, including the prevailing global uncertainties. It should convince India’s smaller and weaker neighbours about the merits of regional cooperation and the urgent need to align with India’s ‘Act East Policy’ that aims to create an economic value chain in the neighbourhood.

The idea behind these initiatives was to create an interest through cross investments that would keep us together come rain or shine.

The gains so far are limited to the rapid expansion of cross-border trade particularly in the BBIN (Bhutan-Bangladesh-India-Nepal) region. India’s trade with Bangladesh and Nepal increased by nearly five times between 2010 and 2021. However, investments grew at a snail’s pace.

For Indian investors, Nepal and Sri Lanka are political hot potatoes. Bhutan and Maldives are too small. Bangladesh didn’t do as much as it promised for attracting Indian foreign direct investment (FDI). In 2019, Indian companies invested approximately $20 billion in FDI worldwide. Only $116 million went to Bangladesh.

Almost all these countries have severe restrictions on capital outgo, including dividends. The banking sector is weak. Bangladesh, the largest market in the neighbourhood, doesn’t protect intellectual property rights, thereby blocking the flow of Indian FDI in services.

When India is fast expanding its digital economy and launched a $25 billion production linked incentive (PLI) scheme to become a global manufacturing destination; there is limited interest in the neighbourhood to ride on the Indian growth story and build a cross-border value chain.

At the core of this dissociation is a bug — the ‘geostrategy bug’ — that infected the whole region way before the India-China rivalry intensified in the last decade. Every country in the region sees its geography as collateral to be leveraged for gains.

This is different from balancing powers or using the market as a handle to extract benefits. The political ambition is so strong in the neighbourhood that it often forces countries to take suicidal measures.

It is said that the King of Jammu and Kashmir, Maharaja Hari Singh, was not keen on accession to India, to leverage the geostrategic location of the state. By the time he changed his mind, part of the state was controlled by Pakistan— soon another part went to China.

Leaving aside Bhutan, most of India’s smaller neighbours didn’t learn much from J&K’s experience and, the country that had spread the virus was Pakistan. Rivalry is not new to the world but the path Pakistan took, to rival India, was exceptional, to say the least.

The result is before our eyes. For all practical purposes, Pakistan’s economy is destroyed. Sri Lanka is down. Nepal is unstable. They can only blame themselves for this eventuality. Playing cat and mouse with big neighbours is risky. They can make you a political football.

Bangladesh was the first country to correct the mistake after Sheikh Hasina came to power in 2009. In 2010, Dhaka received $1 billion development assistance from India. That was the biggest in the history of the country.

The significance of regional cooperation increased way beyond some dry numbers (like $3.5 billion worth of Indian assistance to a debt-laden Sri Lanka since January 2022) over the last two years.

During 2019-2021, India’s export of cereals to the SAARC (South Asian Association for Regional Cooperation) countries grew by nearly seven times from $478 million to $3.2 billion. Barring Pakistan (which unilaterally stopped trade in 2019) every neighbour benefitted.

At a time when the global shipping industry was suffering from an acute space crisis and sea freight costs went through the sky; trucks, trains, coastal shipping, and barges moving on inland waterways took food to the doorstep of the neighbours. Some of them paid in local currency.

Not only food, but neighbours also depended on India for the supply of energy to keep the economies ticking during these traumatic years.

Over the last two calendar years, India’s energy commodity export bill to SAARC increased by 33 per cent, while the annual average price of crude increased by only 11 per cent from $64 a barrel to $71 a barrel. It means neighbours replaced other sources with Indian supplies.

As a key partner, Bangladesh has benefitted the most from India’s cooperation outreach. Leaving aside food (imports up by 52 times during 2019-21) and, energy (up 33 per cent); the most critical element in their import list from India in the last two years was cotton.

Readymade garments contribute 85 per cent of the total export revenue of Bangladesh. At a time when the flow of remittances (another critical source of foreign exchange) remained uncertain, exports were the key to their fiscal balance.

On the flipside, Dhaka is fully dependent on imports for cotton. In an average year, they source raw materials largely from countries other than India. But the pandemic broke the chain. The import of cotton from India increased by nearly 2.5 times during 2019-2021.

Clearly, if Bangladesh remained on a growth path and escaped bigger damage to the economy, during the pandemic years, part of the credit goes to regional cooperation.

With a huge food surplus, India held the key to mitigating global hunger in 2021. The Ukraine crisis made food an even bigger issue in 2022. To keep the government-to-government supply route open, India recently stopped commercial exports of a host of agri-commodities.

The benefit will go to neighbours. At the same time, ongoing restructuring in the global power order will squeeze the space for smaller neighbours to play cat and mouse. Geostrategy will remain an exclusive domain for major economies, at least for some time in the future.

The prevailing global trade and investment architecture was a creation of post-Cold War global politics. As the political order is challenged, the rules of the game are changing too. Overnight, the future of mega trade blocks like ASEAN (Association of Southeast Asian Nations or RCEP (Regional Comprehensive Economic Partnership) is looking uncertain.

The distinction between trade and security merged, as security block QUAD (Quadrilateral Security Dialogue) is talking about the supply chain. The four QUAD members were the prime mover of IPEF (Indo-Pacific Economic Framework for Prosperity).

Militarily and/or economically less powerful nations are reduced to mere followers. More than half a dozen such countries are on both RCEP and IPEF. They are simply hedging the risks of being singled out. The actual contest is between China and US-India coalition.

This coalition too is not sacrosanct. India is exercising its rights be it by importing energy from Russia, ignoring US sanctions; unilaterally stopping the market export of food; or asking Europe, which is part of the NATO, to stop playing a moral guardian to the world.