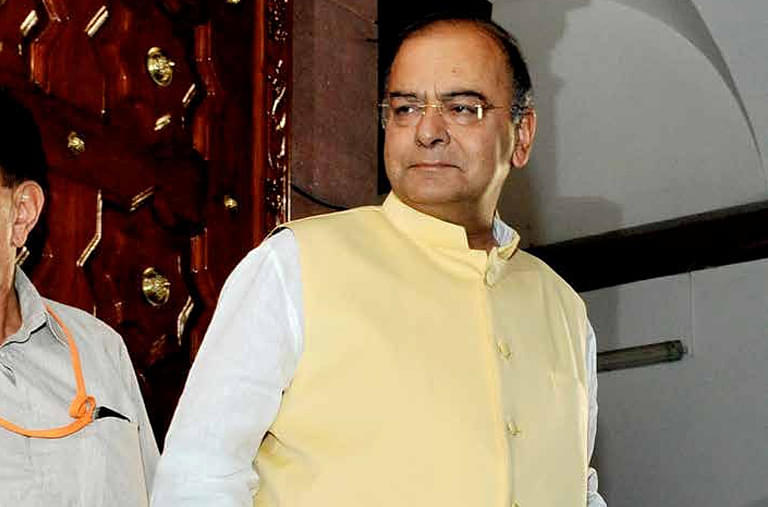 By the time you read this piece, you would have been bombarded with a huge amount of analysis on the budget that Finance Minister Arun Jaitley presented yesterday.

Nevertheless, most such analysis misses out on carefully looking at the fiscal deficit number, which is basically what the budget is all about. Most other things that finance ministers talk about in their budget speeches can be talked about on any other day of the year as well.

In fact, regular readers would know that I have been sceptical about the ability of the government to meet its fiscal deficit target. Fiscal deficit is the difference between what a government earns and what it spends during the course of any year. The difference is met through borrowing.

In the budget presented on 29 February, Jaitley said:

I have weighed the policy options and decided that prudence lies in adhering to the fiscal targets. Consequently, the fiscal deficit in RE [revised estimate] 2015-16 and BE [budget estimate] 2016-17 have been retained at 3.9 percent and 3.5 percent of GDP respectively.

The question is, how realistic is the 3.5 percent of GDP fiscal deficit target for the next financial year? There are essentially three inputs that go into making the fiscal deficit number. The total receipts of the government, the total expenditure of the government and the nominal GDP number that has been assumed for the next financial year. Nominal GDP is the GDP which hasn’t been adjusted for inflation.

Let’s start with the receipts number. Jaitley has assumed that the government plans to collect Rs 56,500 crore through the disinvestment route. Of this, Rs 36,000 crore will come from the government selling shares in the companies it owns and Rs 20,500 crore from the stakes that it has in non-government companies.

The total number assumed to come in through the disinvestment route is more than double of the Rs 25,312 crore that the government collected through the route this financial year. It needs to be pointed out here that a substantial part of this came from the Life Insurance Corporation (LIC) of India picking up stakes in government owned companies. Honestly that can’t be called disinvestment. It is money moving from one arm of the government to another.

Given this, the Rs 56,500 crore disinvestment number is an overestimate, as was the case last year as well.

The government has also assumed that it will earn Rs 98,994.93 crore from the telecom sector. This receipt comes under the entry “other communication services” and is primarily the money the government will earn through telecom spectrum auctions. Again, as is the case with disinvestment receipts, this number is a huge jump from the Rs 57,383.89 crore that the government managed to collect this year.

Given the past record of the government, these assumptions are clearly looking overoptimistic. Also, they help in under-declaring the fiscal deficit. As per IMF norms, any kind of asset sales by the government needs to be treated as a financing item and not as a receipt as the Indian government does. In the process, the government manages to come up with a lower fiscal deficit number.

Now let’s take a look at the expenditure front. There is no clarity on how much allocation the government has made towards implementing the recommendations of the Seventh Pay Commission. As Jaitley said during his speech:

[The] Seventh Central Pay Commission has submitted its Report. Following the past practice, a Committee has been constituted to examine the Report and give its recommendations. In the meantime, I have made necessary interim provisions in the Budget.

The Finance Minister didn’t get into any more details. Nevertheless, one can use the numbers given in the budget and see if the right kind of allocation has been made. During 2015-2016, the government’s salary and pension bill (excluding Railways) is expected to be at Rs 1.85 lakh crore.

This works out to Rs 18,412.5 crore (Rs 73,650 crore divided by four). Hence, the total extra allocation towards implementing the recommendations of the Seventh Pay Commission should have been around Rs 92,000 crore (Rs 74,650 crore plus Rs 18,412.5 crore). The actual increase in allocation towards salaries and pensions is only around Rs 40,000 crore.

What does this tell us? The government is probably not in the mood to pass on the entire increase in salaries and pensions during the course of 2016-2017. If it does that, then it will have to pay arrears in the years to come and that will add to the government expenditure and hence, the fiscal deficit. So to that extent, the fiscal deficit is being under-declared at this moment.

Also, the implementation of ‘One Rank, One Pension’ (OROP) in the defence forces is expected to push the pension bill up, by Rs 10,000 crore. And that will also add to the salary and the pension bill of the government.

The government follows the cash accounting system and only acknowledges expenses once payment has been made. This has led to a situation where subsidy payments to Food Corporation of India (FCI) and fertilizer companies remain unpaid. The money has been spent by FCI and the fertilizer companies towards subsidy, but remains unpaid by the government, and hence is not acknowledged as an expenditure.

The question is, where does FCI get this money from? It borrows from the financial market. Why does the market lend money to FCI? It does that because it knows that it is effectively lending money to the Indian government. Hence, this subsidy expenditure has already been incurred by the government but has not been accounted for.

To conclude, it is safe to say that Jaitley’s fiscal deficit number is not believable. As the American professor Aaron Levenstein once said, “Statistics are like bikinis. What they reveal is suggestive, but what they conceal is vital.”

What Jaitley has managed to conceal is vital.