Jaitley’s Ill-Thought Out Tax Proposal Has Made EPF Unfair. It Should Be Scrapped Or Reworked 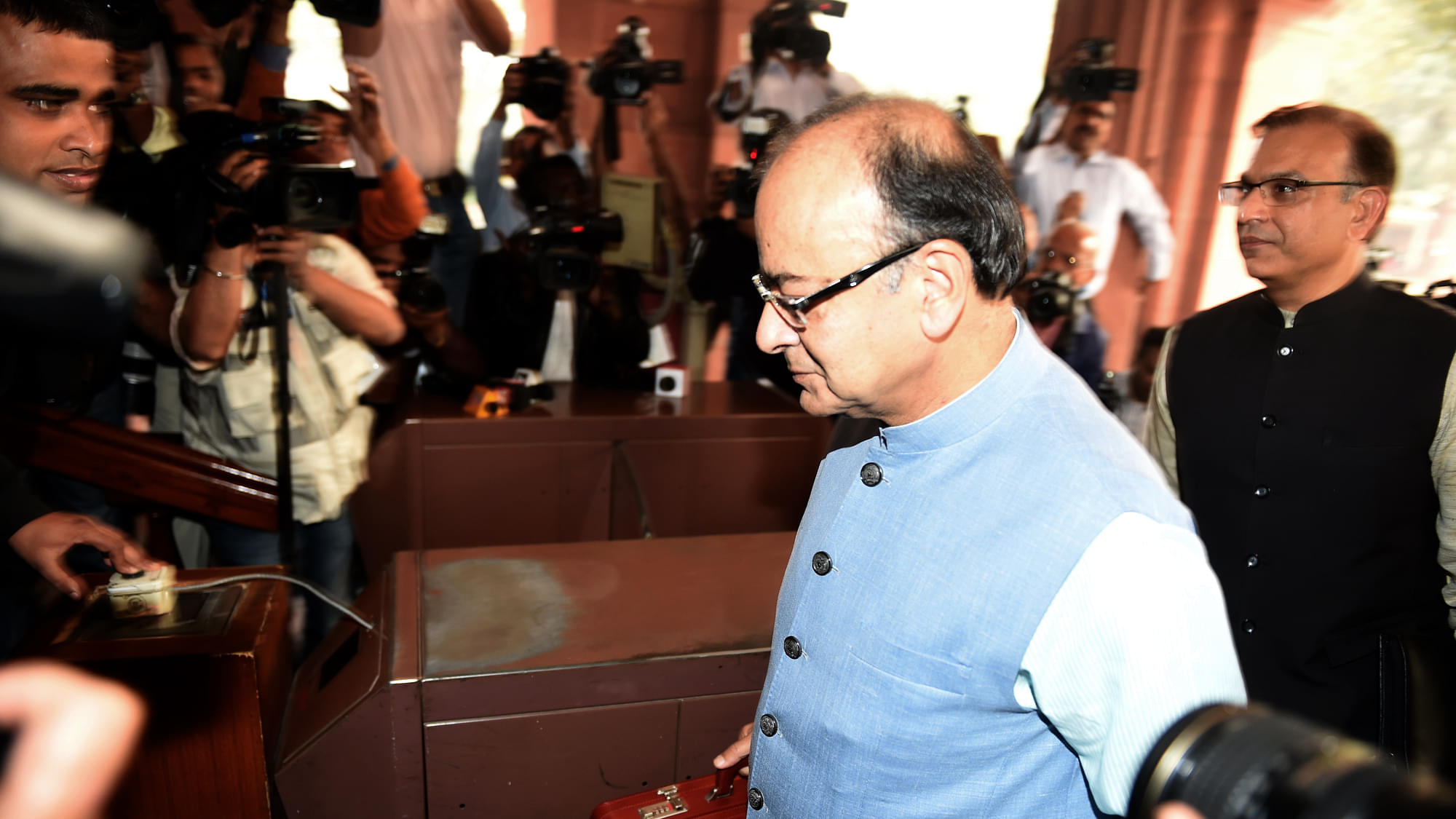 Arun Jaitley’s budget proposal to tax 60 percent of Employees Provident Fund (EPF) withdrawals even on retirement is not only going to alienate the middle class but pointlessly bring in a new complexity in the law in pursuit of an “ideal” that taxes consumption rather than savings. Taxing EPF withdrawals this way just when people need the corpus for generating post-retirement income is simply not worth the heartburn and needless harassment it will generate. It needs serious reworking if not scrapped.

Let’s first understand the logic that drove this proposal. There are two ideas at the base of it: one is to maintain parity with the National Pension Scheme (NPS) under which retirement corpuses are taxable, while investments are exempt under section 80C, as are interest and incomes generated during the pre-retirement period. This is based on the EET principle - exempt, exempt, taxed. The NPS is EET, while EPF is EEE - exempt all the way. The related reason for taxing future corpuses created after 1 April 2016 is that EET is better than EEE - the idea being to tax consumption rather than savings.

The problem is this: what sounds good in theory may be counter-productive in practice. Retirement corpuses, to the extent they are not taxable annuities, are essentially savings - money invested in bank fixed deposits, bonds or homes to generate a retirement income stream. It is this income stream that can be taxed, not the corpus. Taxing the corpus itself is wrong, and would be tantamount to taxing a retiree’s accumulated savings.

There are many, many other reasons why EET will, in practice, be unfair and messy to implement.

First, if the idea is that the initial savings were spared tax because of 80C exemptions, then it is logical to assume that retirement savings that did not benefit from 80C cannot be taxed. Also, consider the complexity of trying to calculate which part of the original corpus got 80C exemptions and which part did not. If part of the original contribution to pension funds was tax-paid, taxing it again at retirement would be TET - taxed, exempt, taxed. Where is the fairness in this?

Second, what is the basis on which one decides 60 percent of the final withdrawal corpus is taxable? People can enter the scheme at age 25, 35, or 55, depending on when they got into a PF generating company (or joined the NPS). Persons who joined late would have contributed more to earn less, while people who joined early would have large returns generated from long-term tax-exempt funds. The late entrant will thus be taxed more and given back even less than the income generated if he/she (for example) is taxed after five years of contribution.

Third, at the point of retirement, many middle class contributors will be at the top bracket - where they pay nearly 35 percent tax. If 60 percent of the corpus is taxed in one go, it will shrink the corpus immediately by a third. Clearly, if the idea is to tax consumption at the end of the working tenure, it is the income generated from the corpus that needs to be taxed, not the principal corpus. This problem would not arise if the entire maturity amount has to be compulsorily invested in an annuity which would then be taxed like monthly salary - a month at a time. But if the corpus itself is slashed, it would be a travesty, especially if the amount is not consumer immediately, but further invested to generate monthly incomes. So corpus would be taxed and incomes from the remainted. It would be EETT, not EET.

Fourth, investment in shares and debt funds attract zero tax and 20 percent tax with cost indexation benefits if held for a year or three years respectively. In a future where large parts of the corpus will be invested in stocks od debt, should these tax benefits not be in-built into the EPF and NPS?

Fifth, if EPF is taxed on the EET principle, subscribers should be given the option of not taking the 80C exemption so that their final retirement corpus is left untouched. Without this option, the system would be manifestly unfair to retirees. At least some people, one would think, may not mind investing in an NPS without 80C so that their retirement corpus is intact and not hacked away by the taxman. Who knows what the tax rate will be 35 years from now when you retire?

The point is simple: EET may be a good idea in theory, but it is not manifestly fair. Arun Jaitley will effectively be EETing his cake and having it too. The current EPF proposal is inequitous and needs serious rethink. At the very least, Jaitley should offer employees the option of taking up another pension scheme that may have limited tax benefits on entry and a corpus safe from the vagaries of the tax system for retirees.

Parity with NPS should be the norm, but the idea should be to make NPS more liberal and not EPF worse as a savings route.

Update: Clarification by Ministry of Finance about changes made in the Tax Treatment for Recognised Provident Fund & National Pension System (NPS).