Jobs And Banking Crisis: Why The Government Must Act, And Act Now 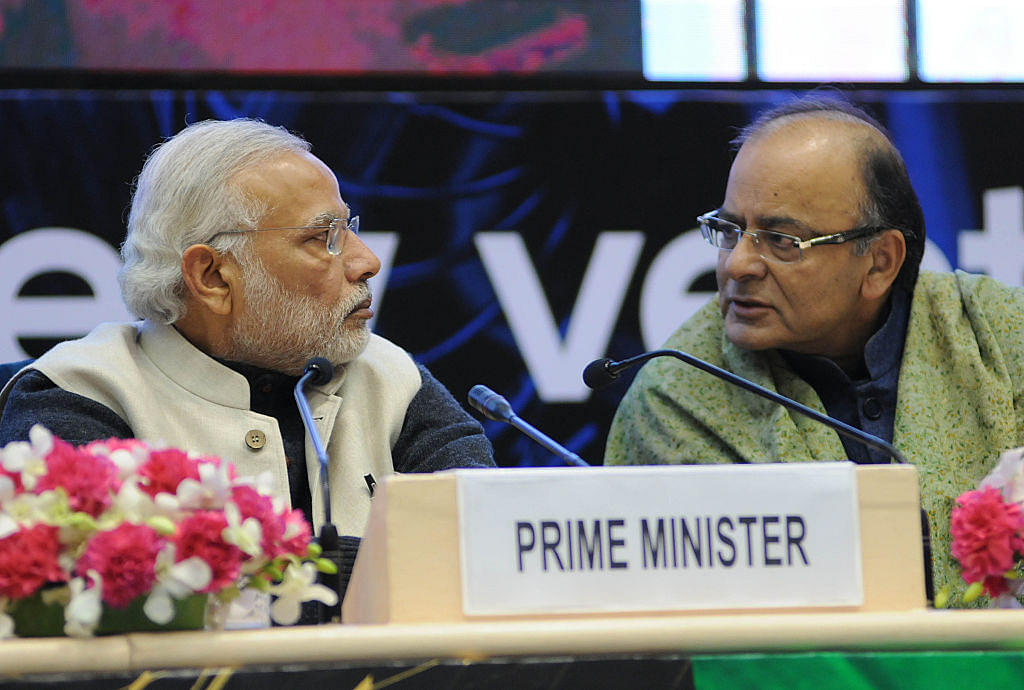 As 2019 approaches, two issues are emerging as the Achilles heel of the otherwise indomitable Bharatiya Janata Party (BJP) – jobs and the banking crisis. There is a visible deterioration in the public perception regarding their economic well-being over the past one year, much of which centres around the perception of lack of job creation. While India has seen a fierce debate around the issue of employment generation post-demonetisation with some portraying a doomsday scenario while the other studies suggesting that employment generation remains robust.

But beyond this debate on employment generation, there is a rising discontent regarding the declining number of seats in the government jobs across various exams like Union Public Service Commission, Staff Selection Commission, etc. And even though these may be small in number in the overall scheme of employment, they act as a barometer of the jobs situation and have a tremendous impact on the perception about the government policies on this front.

And a massive discontent is brewing across the country as not only seats are being cut in this crucial election year, but the recruitment processes for the already advertised seats are stuck in perpetuity be it in the universities, public sector or government departments. And the crisis has only got worse in the recent years when the United Progressive Alliance (UPA) era set in the period of great degeneration of all our public institutions. But then, despite the four years in the power, BJP-led National Democratic Alliance (NDA) is also found wanting in the task of streamlining the recruitment processes. It is either because it has been unable to grasp the gravity of the situation or more likely it is listening to people influenced too much by the corporate and financial sector worldview; whose one-point solution to all our woes it seems is to decimate the public sector and government services.

And this is despite the fact that the employment in the government sector as a share of the total employment in India is far below than that in the developed capitalist countries. India suffers from a critical shortage of manpower at every level of government. It is not uncommon to find a single officer handling additional charge at the district level for an extended period of time or assistant professors in the colleges of Bihar being forced to handle the clerical work as the post of accountant is lying vacant. But still, we hear this fallacious argument of ‘reducing the size of the government sector’ when in reality India is a highly under-governed country. Government is almost absent from the important sectors like health and education. But why then there is an illusion of a bloated government in India?

It is mainly due to the myriad regulations and badly designed laws, whose main objective is rent-seeking by the nexus of bureaucrats, politicians and business houses. The actual presence of the government in the education is far less than the international standards but its ‘nuisance value’ is pretty high due to the infamous laws like Right to Education (RTE) Act. It is surprising that hardly anyone calls it out that the actual size of government in India is not only smaller than what it is perceived to be but government is almost absent from the areas where it should be like health, education and present in the areas where it shouldn’t be like flying airplanes. The minimum government does not mean cutting down the size of an already small government by not recruitment the government officials but rationalising the resource allocation, cutting the maze of laws; made both by legislatures and bureaucracy and streamlining the procedures to stop interference in the day to day life of citizens and businesses.

One hopes that the present leadership will take the necessary corrective measures soon for the long-term stability and prosperity as no major country has become a middle-income country without substantially increasing the number of stable salaried jobs. And the government can play the pivotal role in it by removing the artificial policy barriers on further recruitment and more importantly by fixing the process at the level of the states. This is important because the long-term trend of the slowdown in the economy has squeezed the capacity of the private sector to absorb the sufficiently high number of people into the decent middle-level salaried jobs.

On the positive side, it seems that government now is doing some course correction with the announcement of the massive recruitment drives by the railways and the Uttar Pradesh government. Hopefully other ministries and states governments will also follow the suit and rush to fill the vacant seats at the earliest. The sincere push of the government towards entrepreneurship and self-employment is praiseworthy and much needed, but it is a structural transformation, which will take its own time, but in the meanwhile, the lakhs and lakhs of youth can’t be left high and dry due to seat cuts in the government jobs when a large number of such seats are anyway lying vacant. It must be understood that promoting entrepreneurship is not the argument for cutting jobs in the government sector.

Another issue, which is now hanging like an albatross around the neck of the government is the broken banking sector and non-performing assets (NPA) disaster inherited from the UPA government. The infamous ‘twin balance sheet’ problem is perhaps the single most intractable challenge facing the government today. Not only is it hampering the economic revival but also proving to be politically damaging as the new shenanigans and scams are tumbling out of the cupboard. Resolving these will surely test the acumen and grit of the government to the extremes. And it is to the credit of the incumbent that it has been quick to realise the systematic problem with the banking and financial sector and has moved rapidly in the past years to fix the system.

It was due to the Asset Quality Review in 2015 that the true extent of the NPA problem in the public sector banks was revealed. It was soon followed by the Insolvency and Bankruptcy Code, 2016 and setting up of the Insolvency and Bankruptcy Board of India as the regulator on 1 October 2017. The purpose is to provide a smooth exit route to the bankrupt companies and to settle various claims upon them in a systematic and time-bound manner. A lot of companies responsible for a large amount of NPAs are currently under consideration under this act and hopefully, coming months will see a substantial recovery of such loans.

Not only a new redressal mechanism but also the Reserve Bank of India (RBI) has now stopped the ever-greening of such bad loans via various schemes like S4A, SDR, CDR and JLF. Besides this, it also enacted a new ‘prompt corrective action framework’ under which values of the CRAR, ratios of core equity to risk-weighted assets, net NPA ratios, return on assets values and leverage ratios were specified and classified under three levels of risk thresholds. Any bank breaching any of these thresholds has to take corrective action varying from holding back on dividend payments, to restrictions on branch expansion, increased provisioning and restrictions on managerial compensation.

The Banking Regulation Amendment (Ordinance) 2017 empowers the RBI to ask banks to initiate recovery action against the specified clients. Add to it the Enforcement Directorate which is bursting with action over the past couple of years due to clear direction from the leadership. The daily reports of raids and confiscation of the property of high and mighty who were involved in black economy or loan defaults are something new. Earlier they could easily bribe their way out or were able to forestall action due to political patronage.

Clearly, there is a visible break from the past and government seems determined to crack down on the ‘system’. But are the actions taken by the government enough? After all, while the changes in the rules of the game like the Real Estate (Regulation and Development) Act, 2016 may stop further frauds and circulation of black income in the respective sectors but what about the scams running for years now? What about the scamsters fleeing the country? Will they ever be brought to books? What about the bank officials, politicians, bureaucrats who enable such scams? What about the regulators and those responsible for supervision and audits? Will they ever be held accountable? Will we see justice being done? This is the question which the public on the streets are asking.

After all, the same public endured the hardships and disruptions during demonetisation and goods and services tax (GST) but still stood like a rock with the government. But there is a sense of disillusionment today. And it has to do with the combined effect of both the hardships on the jobs front and the recent escape of the main accused in the Punjab National Bank scam. The people are getting frustrated at the rich and powerful are escaping the justice after living off the massive scams while they struggle in their day to day life despite routinely paying the taxes and complying with the various rules and regulations.

And no amount of data on how much jewellery was confiscated or what is the worth of the properties sealed so far can have much of an impact. People want to see the culprits behind bars. They want to see the head in the RBI and higher bureaucracy roll. Where is the accountability of the RBI? After all, it is RBI which is charged with the regulation and supervision of the financial system. But of late in the era of celebrity RBI governors, more content with lecturing about democracy and intolerance, this primary tasks seems to have been neglected. But will the responsibility be fixed? Or will the same officials and regulators continue to carry on or worse keep on getting promoted within the system?

These are difficult questions and what they entail is the total shake-up of the system without any mercy; something which the government will find difficult to do in the election year and so soon after the two great disruptions of demonetisation and the GST implementation. But a clear signal in the form of demonstrative actions must go out about the seriousness and will of the government to not only reform the system but also to punish the culprits. Or as they say, “justice must not only be done but must be seen to be done.”