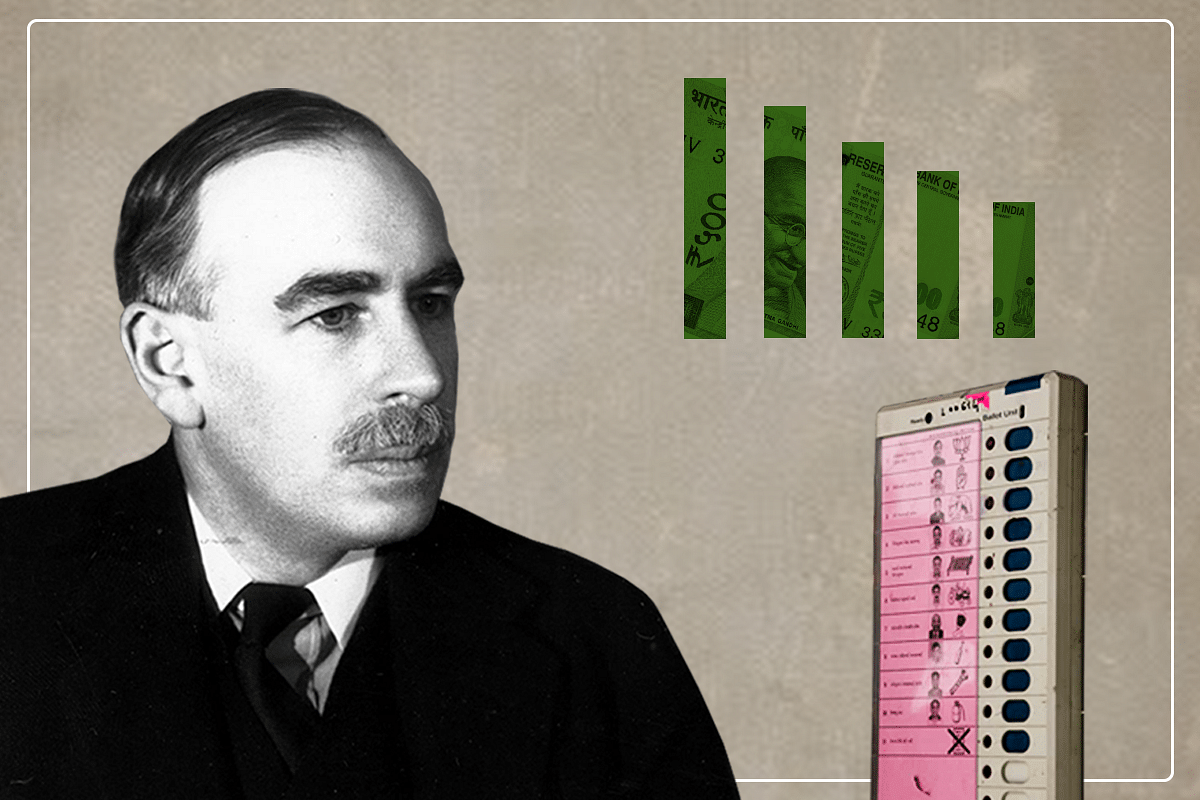 Keynesian economics seems to have developed the same shelf-life as Rahul Gandhi’s political career. The more it fails, the more everybody seems to think it is badly needed just this one more time.

Keynesian remedies seem to work in the short run, but inevitably build up a problem for the future. We saw this during the 2008 global financial crisis, the eurozone crisis, and more recently in the ongoing Covid-induced growth crash.

In less than a year, we have seen America launch three fiscal stimuli worth more than $4 trillion, and the markets are already getting jittery — as evidenced in the spike in bond yields. We can bet that the ultimate outcome of this mindless stimulus, however humane it may seem today, will be the buildup of the next crisis.

Exhibit 1 should be Japan, where fiscal excesses have been playing out over the last three decades, with public debt currently having run up to 240 per cent of GDP. That despite spending money like water growth seldom moved outside the 0-1 per cent range in most years does not seem to matter.

No “economic” theory over the last century has probably enjoyed the kind of political veneration that Keynesian economics has, and this could be primarily because it was seen as having addressed the underlying problems of the Great Depression.

Never mind that many economists are not sure whether the world emerged from that depression because of John Maynard Keynes’ Voodoo Economics or fiscal expansions necessitated by the Second World War. Boom or bust, Keynes is called in whenever politicians and their economic advisors run out of ideas.

Commonsense tells us that when both politicians and economists agree too much on an idea, it must be a conspiracy against the people. It cannot be true economics.

My former Business Standard colleague, T C A Srinivasa Raghavan, has often maintained that Keynesian fiscal legerdemain is more politics than economics and it is not difficult to see why. In electoral democracies, the political cycle plays out over a shorter timespan than the macroeconomic cycle, which makes politicians keen to ensure that growth and jobs don’t peter out before the next round of voting.

This time around, having realised the Keynes is giving markets the jitters, a new version of the same old idea has been trotted out in the form of the Modern Monetary Theory, which holds that countries which are able to borrow from the markets at low cost — no matter what the level of national debt — can continue doing so till it shows up as great inflation at some point. Since that point has not been reached, MMT is still not being laughed out of court.

I doubt Keynesian macroeconomics, and macroeconomics in general, will emerge unscathed from their multiple failures in the post-2008, post-euro, post-Covid era. If the best idea economists can come up with is a recommendation that more money should be spent, we are essentially opting for growth on cortico-steroids.

Politicians are better equipped to practise such fiscal voodoo than unaccountable economists. Creating an artificial solution to a real problem — the inability of the real economy to generate worthwhile jobs and good incomes — is no solution at all.

In the new world we have entered, microeconomic and sectoral expertise and an understanding of what is already observable and can be measured reasonably well will offer us the best ways forward.

While macroeconomics is our best guess on what outcomes will emerge from a collection of individual human and corporate behaviours, microeconomic expertise will give us deep knowledge on sectors and groups of people by observing how they respond to the incentives and penalties thrown up by a constantly operating environment.

This, incidentally, is the way scientific and technological improvements are achieved. You break up the whole into the sum of the parts, study how each part works, and then find the best way to make the parts optimise overall output. You can’t really build a better car by designing it as a whole; you take each part, improve its efficiency, and then make it work harmoniously with the whole.

Today, I would say the economist I would trust most is not the one who offers authoritative Keynesian remedies to economic challenges — as many did in 2020 — but one whose sentences are laden with doubt and humility. The first words are most important, and they are “I am not sure, but…”. The other words should read something like this. ”We could try this out and see if it works. If not, we will learn from it and do something different and better.”

It is interesting that in India it is world famous economists like Raghuram Rajan and Kaushik Basu and Amartya Sen who are offering snake oil economics when it is politicians like Narendra Modi who are adapting economic advice to commonsense fiscal conservatism.

And the long-term solution to the utterly democratic problem of aligning the economic cycle to the electoral cycle is also being offered by Modi — and dissed by his detractors as undemocratic. His critics see dysfunctional governance and foolish economic expansion as the keys to a healthy democracy.

The current round of state assembly elections has brought forth a huge deluge of freebies from political parties, once again proving that Modi is the one thinking of the larger problems involved in a misaligned political and economic cycle.