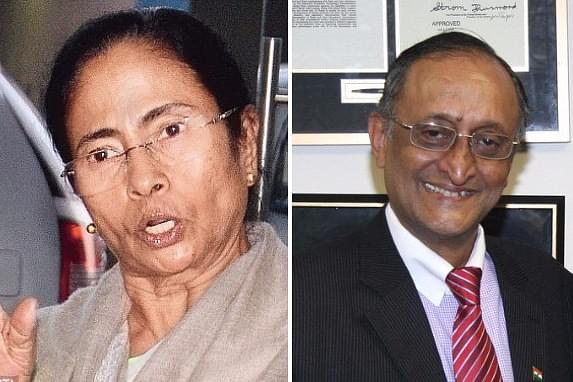 This man was once Secretary General of India’s biggest domestic business lobby, Ficci. He was usually gung-ho about reforms. Six years or more under the tutelage of Mamata Banerjee, West Bengal Chief Minister, has converted Amit Mitra into a sourpuss, someone keen to trip the goods and services tax (GST) at every turn on the road to implementation.

In August 2016, when states were in a rush to pass the GST constitutional amendment bills, West Bengal – an early convert to GST – consciously abstained from passing it. After scheduling a discussion on GST in the state assembly, Mamata took it off the agenda at the last minute. That effort to derail the bill failed as 16 other states, the minimum required to pass a constitutional amendment bill, had already done so and Banerjee’s nod became redundant.

In early November, just days before a crucial meeting of the GST Council, Mitra again tried to throw a spanner in the works by claiming that the Centre was concealing information from states on the number of service tax assessees. The updated data showed service tax assesses rising from 1.1 million to 3.05 million over two years, but Mitra’s crib does not stand the test of reason. The information may have been delayed, but it was indeed made available well before the GST Council meet. This can hardly be touted as mala fide intent, given Indian babudom’s general laxity in sharing data.

The next month, post-demonetisation (DeMo), Mitra was again at it, claiming that the country could not weather the dual shock of demonetisation and GST. Again, the rest of the GST Council ignored the rant, though they too fretted about the fall in tax revenues as business shrank in the DeMo quarter. And Mitra has been proved wrong, for the economy is now recovering strongly.

Now, Mitra is changing tack, and suggesting that the tax rates agreed by consensus at the Srinagar meeting of the GST Council (which he skipped) are not right for certain items. Mint quotes him as saying that he will fight for a reduction in rates on cheap footwear (priced below Rs 500), cashew nuts, films, and single-screen theatre tickets. The GST Council is due to meet on 3 June for deciding the rates of a final bunch of items, including gold items, beedis, and low-cost biscuits.

But Mitra is not just quibbling about rates. He seems keen to derail the final launch date of GST, currently scheduled for 1 July, after one postponement from 1 April. He says GST preparations are not ready yet as “rules and forms are not completed”. It is his state that is the laggard. The West Bengal assembly is yet to table its GST bills even though 21 states and one Union Territory have passed their laws.

Clearly, West Bengal is trying to delay the implementation of GST, and Mitra wants to play spoilsport as Didi is at daggers drawn with the Narendra Modi government. Didi has been rattled by the rapid rise of the BJP in West Bengal as her principal opposition, and the probes into the Sarada, Rose Valley and Narada scams.