Mallya’s Goose Is Cooked: Two Lessons India Inc Can Learn From His Troubles 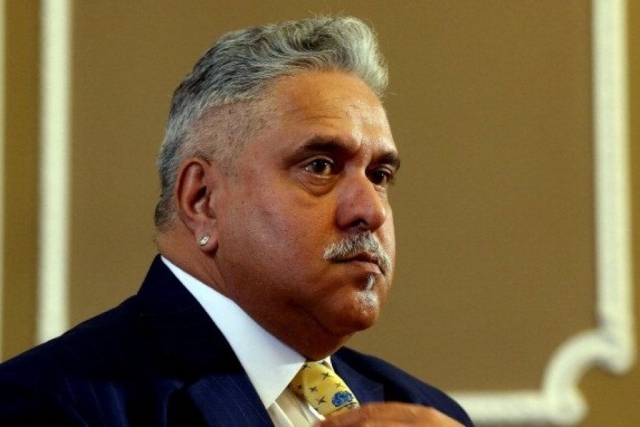 The two lessons India’s crony capitalists should learn from just over four years of Modi rule are these: if your business fails, don’t expect to pay nothing for your mistakes. There is the Insolvency & Bankruptcy Code (IBC) to recover your dues to the extent possible. The second lesson is starker: if you owe money, and you have good assets in India, don’t even think of fleeing. London will not come to your rescue. You will end up losing even more.

The case of Vijay Mallya is illustrative on this score. A few weeks back, he painted himself as a victim of the government’s desire to make him the “poster boy of bank defaults.” But he had that coming for his arrogance in believing that no one will chase him all the way to London to bring him to justice. Or that the British courts will protect him no matter what his alleged crimes are. After Brexit, the British government can no longer act high and mighty and tell India your prisons stink or that the law is faulty.

The multi-pronged attack on Mallya by the Modi government – from launching extradition proceedings against him, to the successful bid by Indian banks to freeze his assets in the UK to recover their loan dues, to the passing of the Fugitive Economic Offenders Act 2018 – have ensured that he has very little room for manoeuvre.

In May, 13 Indian banks succeeded in obtaining an order from the Commercial Court Queens Bench division in London for freezing his international assets by registering an order of an Indian Debt Recovery Tribunal (DRT) for the same. This month, an appeals court refused him permission to challenge that order, saying his appeal had “no real prospect of success.” Mallya had claimed that a Bengaluru DRT’s orders on debt recovery could not be enforced in the UK.

Now, with the Enforcement Directorate using the Fugitive Economic Offenders Act to ask Indian courts to seize his assets in India, Mallya has only two options left: one is to defy any court order and brazen it out in the hope that his lawyers will manage to stretch the issue for as long as possible, and the other is to return to India and go to jail – possibly temporarily – and then seek bail while fighting his cases and debt recovery processes legally.

Mallya made a huge mistake in fleeing India when, in early 2016, he looked likely to face arrest over his loan defaults and alleged attempts to divert bank funds to other accounts. Faced with a huge political embarrassment back home, the Modi government pulled out all the stops to get him extradited from the UK, even while taking a hard line on his debts and illegalities. The Fugitive Economic Offenders Act became inevitable when two more businessmen – Nirav Modi and Mehul Choksi – fled the country in the wake of the Punjab National bank fraud.

Under the Act, Indian agencies can move the relevant courts to seize the domestic assets of those running away from the law for alleged economic offences.

Thanks to his huge miscalculation that the long arm of Indian law will never get to him, Mallya now faces the real prospect of having both his global and domestic assets being seized. A Special Court that hears cases under the Prevention of Money Laundering Act issued a summons to Mallya asking him to appear before it by 27 August, or else face the consequences under the Fugitive Economic Offenders law.

Some news reports suggest that Mallya is already holding quiet discussions with officials in order to return to India, and get bail after being arrested and questioned.

Clearly, Mallya’s options are narrowing, and the Modi government may face its first success with a fugitive economic offender like Mallya, either if he returns on his own or ends up having all his assets in India and abroad frozen by failing to turn up.

It is in his own interest to return and face the law. Given the slow-moving wheels of the Indian legal system, his chances are better here than elsewhere. But even if he avoids conviction, one thing is certain: he will pay a heavy price in terms of asset losses because he chose to run.

A strong message is being sent that India will not spare those who run away after diddling banks.

Mallya may be a “poster boy” – even scapegoat – for bank defaults, but he has only himself to blame for this status.