Modi 2.0: What Will Be A Good Maiden Budget Of Sitharaman? 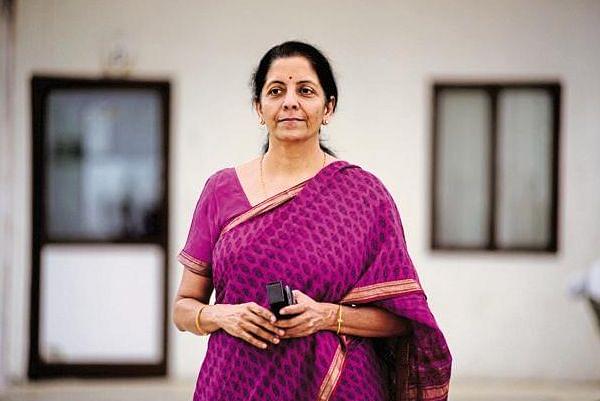 “2019 will be more stressful for the auto industry worldwide than in 2009,” according to Center for Automotive Research, Germany. Led by Chinese auto sales slowdown, now ongoing for more than 12 consecutive months, global sales in 2019 will fall to 79.5 million from 83.7 million last year and won’t recover to 2018’s levels until 2022.

While the Indian economic data is well debated in the popular discourse, what doesn’t get enough attention is the context of the trends in the global economy. The first budget of Modi 2.0 comes in this context — slowing global economy, uncertain global trade environment driven by rising protectionism and a continued impairment of the domestic investment cycle.

In our earlier article, “The Economic Road Ahead for Team Modi”, we highlighted that while Modi 1.0 started with the “legacy inheritance” of stressed public sector banks (PSB) balance sheets, Modi 2.0 is starting with the stressed condition of non-banking financial companies (NBFCs) and the real estate sector. Defaults and ratings downgrades by NBFCs and real estate companies since then have raised the clamour for intervention by Reserve Bank of India (RBI) and/or the government to stabilise the system and kickstart growth.

That the economy needs a growth stimulus, is not under debate — the business and political discussions are about receiving stress, be it in agriculture, employment or businesses. The debate begins at the next stage of ‘who’ and ‘how’. The pre-budget speculative buzz has been quite active on wealth tax, increased tax on high earners etc as additional sources of revenue. The past record of media speculation has consistently been poor in second guessing Modi policies.

Around the interim Budget in February 2019, it was expected that the government will get two critical reports by June 2019 — the direct tax code (DTC) task force under Akhilesh Ranjan and the Bimal Jalan Committee report on the economic capital framework. Suggestions from these reports could have been partly adopted in the Budget. Importantly, the reports could have provided relative visibility on the resource mobilisation trajectory. The delay in submission of these key reports means their adoption can happen only from Budget in February 2020.

What could be the likely focus in Budget on 5 July?

Over the past five years, Modi 1.0 was in a repair and rebuild mode and the pathbreaking policy initiatives of Modi 1.0 came outside the Budget framework — improved ease of doing business rankings, Insolvency and Bankruptcy Code, goods and services tax, Real Estate Regulatory Act, the RBI Act amendment for Monetary Policy Committee etc.

Since Modi 2.0 is expected to be growth focused, the Budget framework will attract increased attention and scrutiny on the direct taxes front. However, given all the current constraints, likely the 5 July Budget will prove to be a non-event from a broad growth-policy visibility perspective.

Beyond the data debates, two things can be expected: tax sops for the salaried and fiscal measures for water infrastructure buildup.We may also see an impetus to boost electronics manufacturing given the strategic policy focus this segment is attracting.

The solution to the immediate challenges to growth can broadly come by addressing two areas:

The Budget needs to address both these challenges head on to open space for a broader growth push from 2020 onwards.

Since the non-performing assets (NPA) cycle picked up in 2012, the credit growth in India has remained below its long-term average of 18 per cent. Since financial year 2016, the government has infused Rs 2.5 trillion in PSBs (back loaded Rs 2 trillion over financial year 2018 to financial year 2019) to stabilise the vulnerable PSB balance sheets. PSBs though, remain constrained of growth capital.

In their absence, NBFCs attempted to pick up the slack. However, post the IL&FS default, availability of funding for NBFCs themselves came under pressure. Post the Dewan Housing default in June 2019, the fund raising is further challenged for housing finance companies (HFCs) as well as NBFCs, particularly those having real estate assets as collateral. As a result, currently there are just a handful of entities in the lending market who are well-capitalised and in growth mode. The pull back by NBFCs is hurting the leveraged consumption driven sectors like real estate and auto.

With a large part of Indian private sector confronting balance sheet problems, debt minimisation for survival has taken precedence over growth and profit maximisation. In addition to the stressed corporates in the infrastructure, industrial and construction sectors, some large lenders and many real estate developers have joined the distressed category of businesses requiring balance sheet repair. With investment cycle already struggling to grow, exports growth muted and even the consumption cycle slowing down, the burden of heavy lifting falls on the government.

Considering the reduction in the lending capacity, many industry participants are lobbying for a government sponsored stressed asset fund which will provide the last mile funding which can provide liquidity support to stalled real estate projects and benefit the end users, whose projects are delayed. Some participants want backstop facilities from RBI for their liquidity requirements, a demand which has rightly not been heeded to. Government and regulators bailing out private sector entities from the downside of their high growth adventures would have a poor signalling effect.

While the demand of stressed asset fund is reasonable, operationalising it can take time. Providing growth capital to PSBs, who already have credit and legal teams in place, serves the purpose. With most PSBs having completed the recognition of NPAs, this ‘targeted fiscal stimulus’ would also get amplified through the money multiplier as the credit growth resumes to the productive entities not engaged in balance sheet repair.

In addition to the financial lenders, rating agencies and auditors too have become risk averse as can be seen from a series of credit rating downgrades and resignation of auditors from many prominent companies. This has turned into a vicious cycle of fear and negative news-flow which is further resulting in tightening lending standards. All these factors are contributing to the subdued business and consumer sentiment.

The RBI and the government will need to work in tandem for such a revival. At the very least, the government should steer clear of raising taxes and further dampening the economic sentiment. Notwithstanding the lack of land and labour reforms, lower corporate taxes and lower capital costs will be critical to ensure ‘Make in India’ takes off in Modi 2.0. The Cabinet decision to approve a new wage code bill on 3 July is a big positive step forward. This bill needs to be cleared by both the houses of Parliament. But it is a great step in rationalising the existing 44 central labour codes to a smaller number.

No Bad News Is Good News

Reviving the credit supply and the animal spirits in the economy will entail fiscal costs. The government should look for divestments and asset sales (for example, monetising SUUTI stakes in ITC and Axis Bank etc) to minimise the slippage in fiscal deficit. These low-hanging fruits need to be plucked until there is clarity on the DTC task force and the Jalan Committee views on economic capital framework.

While economists and commentators may ideologically criticise large deficits, the context and the quality of fiscal deficit will matter in the medium term. In the near term, a targeted, counter cyclical growth stimulus can stabilise the economic downturn that we find ourselves into and aid the growth revival led by the productive entities of the economy.

The government should also ensure that there are no new taxes like the inheritance tax or a new tax slab for the people in the Rs 10 crore-plus income category. The introduction of long term capital gains (LTCG) tax without removing the securities transaction tax itself was a dubious idea, given the tax arbitrage between different asset classes. There has been talk of increasing LTCG, which would be disastrous to the sentiment.

At the start of Modi 2.0, the definition of a good Nirmala Sitharaman Budget will be — no bad news is good news.