Modi Attack On Black Money Is Denting Growth; It May Not Pay Off Before 2019 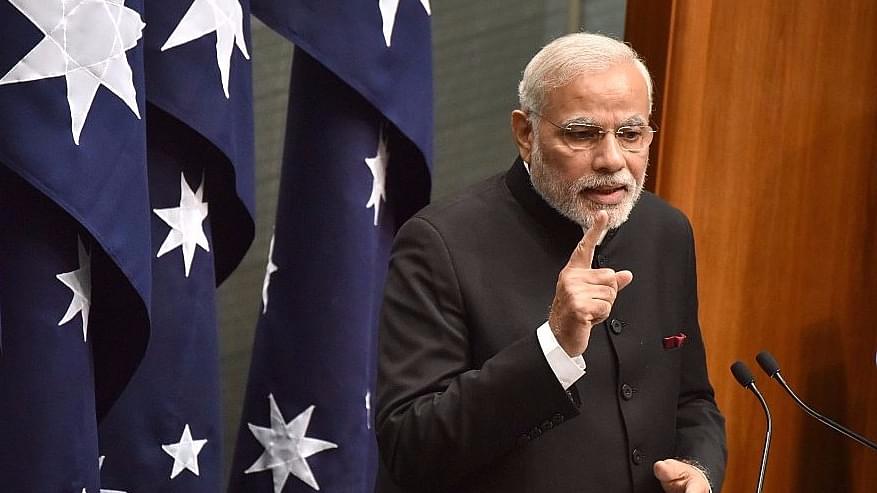 Prime Minister Narendra Modi cannot avoid accepting one consequence of his anti-black money actions: these will be growth-depleting in the short-to-medium term. And it’s not just about demonetisation (DeMo), though his critics will try to hang the deceleration resulting from DeMo as villain of the piece.

They are already at it. Former prime minister Manmohan Singh, who presided over the most corrupt Indian government between 2004 and 2014, has warned that DeMo marks “the beginning of the end” for the Indian economy. This is hyperbole of the worst kind, and unbecoming of an economist, even though he is right about the short-term consequences – a fall in GDP growth, jobs and output, especially in the small and informal sectors that have been impacted most by DeMo.

The funny thing is the “beginning of the end” began under Singh, when growth and business confidence started tumbling from 2011-12 due to multi-thousand-crore scams and economic mismanagement of the worst kind.

Though growth has since revived, and is currently above 7 per cent, this number cannot be taken at face value due to the changed way growth is being measured – through gross value added (GVA), where the data points have shifted. The overhang of high corporate debt, and banks with a high burden of bad loans, cannot be wished away by Modi. These will always take time to iron out.

Put simply, the slowdown that began in 2011-12 has probably not been reversed, and Modi’s priorities – the consistent attack on black money and corruption – will not do anything to make things better during his first term.

Modi has been consistent in his approach to corruption and black money over the last two-and-a-half years. First, he created the Supreme Court-mandated Special Investigation Team to ferret out black money. Then he announced the voluntary disclosure scheme for foreign assets in 2015, followed up this year by the Income Disclosure Scheme (IDS) for domestic undeclared income. DeMo followed, and we now have IDS-2, with the Pradhan Mantri Garib Kalyan Yojana. Coming soon is the Benami Transactions Amendment Law that could be implemented in 2017.

At another level, all arbitrary decisions that enabled the generation of black money – whether it is on allocations of spectrum or coal or other minerals – have been closed. The impact of auctions in these sectors means that promoters have little scope for buying underpriced assets – a speciality under UPA – by bribing someone or the other. In fact, auctions have pushed up corporate debt levels.

To take things further, the Modi government is also closing the window for illegitimate foreign inflows routed through Mauritius, and tax treaties with Cyprus and Singapore are being renegotiated.

Here’s the takeout: long before DeMo, illegal cash flows were decelerating, whether from domestic sources or abroad.

The net impact of all these changes is that black money and illegal flows are steadily being strangled. Whether you think DeMo is a good idea or bad, whether it has been badly executed or not, it fits neatly into this picture of reducing compromises with the black economy.

A medium-term slowdown is a natural consequence of the government’s lower tolerance for black money. It means hidden incomes that provided higher consumption demand through the cash route are gradually being eliminated.

In short, cash was being crunched even before DeMo, and DeMo itself only was the coup de grace.

Growth will spike only when the average Indian adjusts to the reality that taxes cannot be evaded forever. And the next increase in taxes starts flowing back into the economy.

Moreover, there is no short-term advantage from a rising tide in the global economy, though the US shows signs of picking up steam under Donald Trump’s expected ministrations.

Virtue is seldom rewarding in the short run.