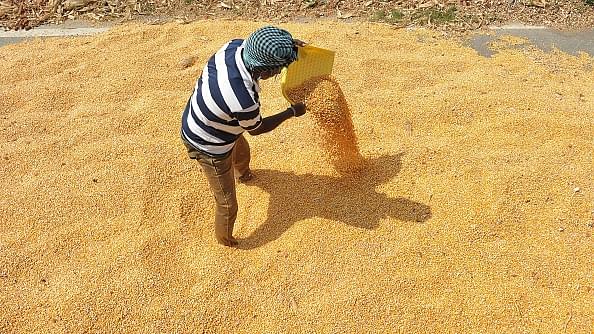 The Narendra Modi government’s decision to supplement the fixing of minimum support price (MSP) for crops with a market compensation scheme is sensible under current circumstances. It will have minimal impact on the country’s finance and will not have any bearing on inflation, according to the State Bank of India’s Economic Research Department.

An early implementation of the MSP scheme that will be 1.5 times higher than farmers’ production costs along with price compensation support and other “innovative schemes for the rural sector” will pave the way for a “transformational change in rural economy going forward”, the ERD said in its Ecowrap report.

The recent debate on whether the MSP will be fixed based on A2+FL (agricultural input costs plus imputed family labour costs) or C2 (comprehensive costs that includes A2+FL and imputed rent and interest for the land used by the farmer) is meaningless “as long as the Government compensates the farmer over and above the prevailing gap between the market price and the MSP of that particular crop,” it said.

Pointing out that the budget, presented by Finance Minister Arun Jaitley in Parliament on 1 February, clearly specified providing a better price to all crops by fixing the MSP at 1.5 times the cost of production and supplementing it by developing an institutional mechanism to compensate the price difference when market price is less than the MSP, the State Bank of India (SBI) arm said it was “entirely possible” for the government to execute its plans. An MSP based on C2 prices could be higher or lower than market price and hence, it would be important to look at market prices rather than the support price.

The government has realised that a higher MSP is not the only solution and it is important that farmers should get full benefit of the announced support price. For some crops, the imputed MSP based on C2 is higher than the market price (for crops like barley, bajra and maize). In such circumstances, farmers could be compensated by the difference between prevailing MSP and market prices, if the former is lower than the latter. In case the market price is higher than the MSP based on C2, then farmers can be compensated by a revised MSP derived on the basis of market price. The ERD said the budget has clearly specified such a scheme and it could be a modified version of the “Bhavantar Yojana”, being implemented by states like Madhya Pradesh and Haryana, at the national level.

“Our estimates show that the cost of such a scheme is minimal putting limited pressure on the exchequer. In 2017-18, four States have waived farm loans with a total amount of Rs 88,000 crore, which has had a significant impact on state exchequer. We have estimated the cost under ‘Bhavantar scheme' for selected crops where the wholesale price was lower than MSP across various states. The finding suggests that the cost to state exchequer is only 11 per cent of the total farm loan waiver amount declared by UP, Maharashtra, Punjab and Karnataka,” the SBI wing said.

The benefit of the Bhavantar scheme is that the price difference will be directly deposited into the farmers’ bank accounts like in the other direct benefit transfer schemes.

On the inflationary impact, the ERD said: “The long run trend of growth of MSP of paddy, bajra and wheat with food inflation suggest that the degree of relationship between them is weak. RBI empirical study conducted on examining long-run impact of hikes in MSP of food crops, namely, rice and wheat on food inflation shows that it were not as ‘over-bearing as were generally perceived’ (Sonna et. al., RBI working paper 2014).”