PM Modi Interview 2: “If States Are Creating Lakhs Of Jobs, Can Centre Be Creating Joblessness?” 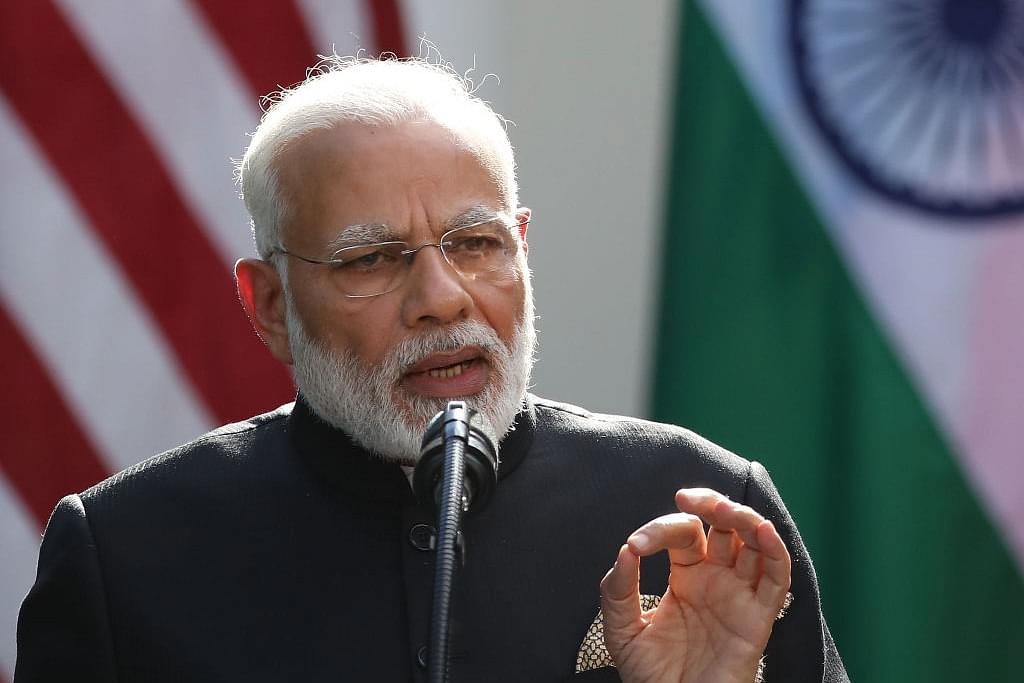 In the second part of the interview with Swarajya, Prime Minister Narendra Modi talked about challenges in job creation and responds to the criticism on this front. (Read the previous part here)

Swarajya: We will discuss some of these issues. But the challenge No 1 is jobs. Where are the jobs? The opposition is finding traction in asking this question…

Modi: On this issue, more than a lack of jobs, the issue is a lack of data on jobs. Our opponents will naturally exploit this opportunity to paint a picture of their choice and blame us. I don’t blame our opponents for blaming us on the issue of jobs, after all no one has an accurate data on jobs. Our traditional matrix of measuring jobs is simply not good enough to measure new jobs in the new economy of New India.

Swarajya: So, how do we measure jobs? Where do we go from here?

Modi: When we look at the trends in employment in our country, we need to keep in mind that today, the interests and aspirations of our youth are diverse. For example, there are close to 3 lakh village-level entrepreneurs, who are running Common Service Centres across the country and also creating more employment. Start-ups are working as job multipliers and there are around 15,000 start-ups, which the government has helped in some way, and there will be many more operational. Aggregators of various kinds employ thousands of youth.

Swarajya: But experts still doubt this way of measuring jobs…

Modi: India had around 66 lakh registered enterprises from Independence till July last year. In just one year, 48 lakh new enterprises got registered. Will this not result in more formalisation and better jobs?

More than 12 crore loans have been given under Mudra (micro loans). Is it unfair to expect that one loan would have created or supported means of livelihood for at least one person?

More than one crore houses have been constructed in the last one year; how much employment would this have generated? If road construction has more than doubled per month, if there is tremendous growth in railways, highways, airlines, etc, what does it indicate? Is it possible without employing more people in equal proportions?

A recent international report showed how quickly poverty in India is declining. Do you think that is possible without people having jobs?

Swarajya: But your opponents doubt the data…

(To read the third segment of the Prime Minister’s interview, click here: How Modi Plans To Double Farmers’ Income By 2022)