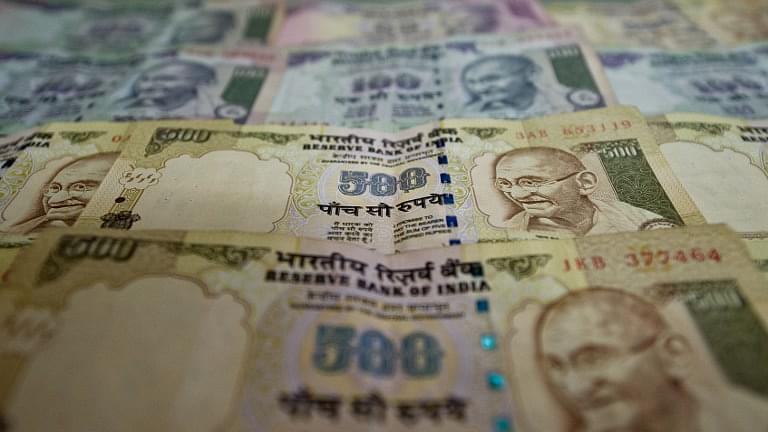 When the meteorological department predicted last week that monsoons would not fail the country this year and that it would be abundant, it ended a drought of good news for economic indicators. Indeed, the Narendra Modi government was constantly being mocked for its promise of bringing achche din to the economy because indicators were stubbornly refusing to perk up, in spite of the government’s rather pro-active economic policy making.

Industrial production continues to be sluggish, exports have been in decline for more than a year, two successive years of drought had stressed out the rural economy. The wholesale price inflation was trending in the negative zone. Nothing seemed to be going right.

So when, on April 12, there was news about prediction of above normal monsoons, a slight uptick in industrial production and a slight dip in retail inflation, it was cause for some cheeriness. There were other positive indicators, including a rise in petroleum consumption and a pickup in commercial vehicle sales.

But there’s a word of caution. Ambit Capital, in a note titled rather appropriately Hold the Champagne, has pointed out that “for every green shoot of the emerging recovery, there is a dying sapling that is being overlooked”. The note estimates that the economy will grow 6.8 per cent in 2015-16 (against the Central Statistical Office’s estimate of 7.6 per cent) and is unlikely to accelerate beyond this in 2016-17.

Apart from the contradictions in the economic indicators, the note gives three reasons why it thinks it would be premature to say that India has entered a phase of sustained secular recovery – government capital expenditure is set to slow down this year, private sector capital expenditure will continue to remain under pressure and private equity and venture capital funding is likely to slow down.

The Ambit note point to the steady growth in non-oil bank credit between November 2015 and February this year, which appears to indicate an incipient industrial recovery. On the other hand, the note says, the negative trend in core wholesale price inflation since February 2015 shows the excess-supply situation was far from over.

Similarly, the rise in demand for commercial vehicle may not indicate an absolute increase in commercial goods traffic, but more a shift in mode of transport from railways to roads. The note shows that while commercial vehicle sales have increased 11 per cent year on year between October 2014 and March 2016, average railway freight traffic has been recorded at minus 11 per cent over the same period, “implying a substitution effect rather than a net increase in demand for transportation services”.

The assumptions of the note relating to industry appear to be borne out by the Reserve Bank of India’s quarterly industrial outlook survey for January-March 2016 (the fourth quarter of 2015-16), which also indicates a moderation in business expectations, even for the first quarter of 2016-17. The percentage of respondents expecting an increase in production in Q4 of 2015-16 and Q1 of 2016-17 fell from 41.2 per cent in the earlier quarterly survey to 38.8 per cent in the current survey, while those expecting a decrease increased from 10.2 per cent to 13.8 per cent. This pessimistic outlook runs through expectations on capacity utilisation, pending orders and order books, exports and imports as well.

The Ambit note points to a 9 per cent growth in cement dispatches in the past three months compared to the previous 12 months and a pickup in rural wages. But this, it says, could be a lagged effect of stepped up capital expenditure spending by the government in 2014-15 and 2015-16. The central government, it argues, has budgeted a lower capital expenditure growth (4 per cent) in 2016-17, so the buoyancy in cement sales and rural wages is unlikely to continue.

But the note could be slightly off the mark on this. A cut in central government capital expenditure, necessitated by commitments relating to the Seventh Pay Commission and the one-rank-one-pension scheme, could be offset by increased spending in the states. To this end, the centre recently accepted the Fourteenth Finance Commission’s recommendations giving more borrowing headroom to states.

The second reason the Ambit note cites for doubting a sustained recovery is the continued problem of balance sheet recession, which will keep private sector capital expenditure activity under pressure. The note shows that growth in bank credit, excluding retail loans, has been below 10 per cent since November 2014.

The note points out that the capability of public sector banks to lend to the corporate sector is severely limited because they account for nearly 70 per cent of the total loans outstanding. The functioning of the Banks Board Bureau (BBB), it observes, could result in a further freeze in corporate lending by public sector banks as the BBB checks malfeasance in the system.

When balance sheet recession was pulling down capital-intensive sectors, the Ambit note point out, sectors like e-commerce, telecom and pharmaceuticals were doing well and this was mainly due to an influx of private equity and venture capital funds. This, however, could be drying up and the note points to various anecdotal signs that this record influx could be petering out.

Clearly, India’s economic managers will have to continue keeping their fingers crossed for some more time.