No Avoiding Fiscal Stimulus: Not Just Investment, Consumer Psychology Has Also Been Hit 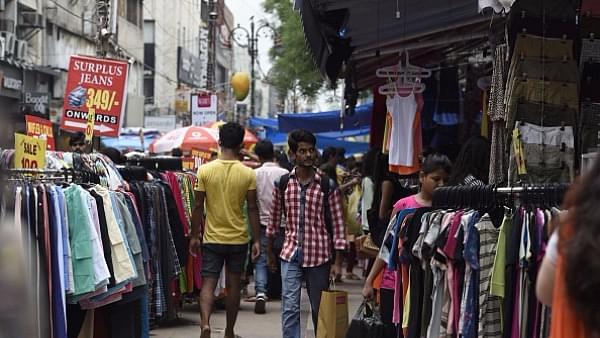 There are many reasons for the growth slowdown. A few days back, I had outlined Narendra Modi’s consistent attacks on corruption and black money as one of the probable causes, as this has constricted the use of illegitimate money in legitimate business. Effectively, this is a factor in the current negative investment climate, even beyond the usual concerns over deleveraging and banks’ unwillingness to lend.

A similar thing could have happened to consumer psychology due to demonetisation and the implementation of the goods and services tax (GST).

In July, the latest Index of Industrial Production (IIP) shows a drop of 1.3 per cent in consumer durables even though consumer non-durables grew 3.4 per cent. For the April-July period, which incorporates both the post-demonetisation impact and the pre-GST uncertainties, consumer durables growth was marginally negative at -0.9 per cent.

Clearly, the lag effects of notebandi are still playing out. There may be no real cash shortage, but the “psychology” of shortage remains. When notebandi happened, people hoarded cash and put all the money they had previously kept at home back in banks. When cash returned to the economy, some of the activities previously conducted in cash shifted to digital modes of payment, including online and mobile banking and e-payments like Paytm and Bhim. But people still have a need to keep cash reserves at home for emergencies or other purposes. This is one reason why people are still taking cash from ATMs and not spending it.

Just as people hoard some gold for difficult times, demonetisation enhanced the shortage psychology and made people wary of using cash even when there is no shortage. This means even when they have cash, people may be hesitating to spend.

The other reason is GST, which is impacting consumer psychology on consumption. While the GST Council has taken care to ensure that items of mass consumption are not taxed, and the prices of some goods have even fallen, the one area where taxes have risen is in services, where many everyday services – mobile payments, card fees, insurance policies, banking charges, AC restaurants, laundry services, etc – now attract higher tax, up from 15 per cent to 18 per cent.

I recently went to a laundry to give my clothes for dry-cleaning and saw only glum faces. While the 3 per cent increase in GST is a dampener, for those who use dry cleaning services, the small increase in taxes is hardly a big blow. But the laundry owner said business had fallen 50 per cent, and improving very, very slowly. Even restaurants and malls are having to offer huge discounts to get people to eat and shop.

Why is this so? The answer is simple: while GST impacts both goods and services, services are impacted more since they use largely labour as inputs. So, there are fewer set-offs. When a washing machine maker or automobile company buys hundreds of components, the taxes paid on these components can be set off against taxes payable on the sales of washing machines or cars.

Contrast that with what a laundry service uses. It can claim small charges on the purchase of detergents or power consumption, but the big costs relate to human labour, where there is no GST, and the total set-offs are meagre. The same applies to restaurants, where the costs are basic food stuff (which incur no GST), and labour, and rentals. In other words, GST has impacted many services more than goods. Manufacturing companies get set-offs both on the components and services they buy.

This is one reason why the Nikkei PMI (Purchasing Managers’ Index) for services is still in negative territory at 47.5 in August, the second month of GST implementation. In contrast, the PMI for manufactured goods has rebounded to 51.2. Any PMI reading above 50 means growth, while a number below 50 means contraction, a fall.

This clearly shows that while manufacturing is recovering from the GST blow in August, services are still in decline.

More reasons why one should not be surprised if the July-September GDP figure, due on 30 November, also rules weak. Services are 60 per cent of GDP, and they are struggling to recover from the effects of notebandi and tax compliance.

The reality is, both consumer psychology and investment psychology have been dented. They will take a few more quarters to be mended. Which, again, is one more reason why the government needs to offer a new fiscal stimulus to revive animal spirits.

(Part of the above article was first published in Dainik Bhaskar)