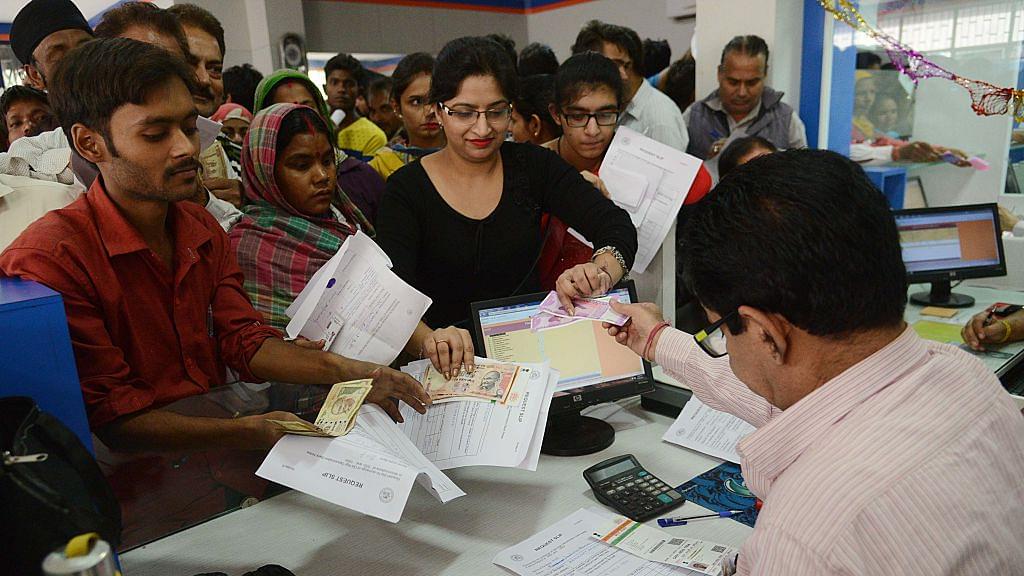 The N K Singh committee set up to examine the fiscal roadmap is understood to have recommended a relaxation of the deficit target of 3 per cent for 2017-18. While one newspaper suggests that the new target may be mentioned in a range of 3-3.5 per cent, another talked about a focus on keeping overall government debt in control.

The panel includes RBI Governor Urjit Patel and Chief Economic Adviser Arvind Subramanian, and The Economic Times suggests that there are some minor disagreements within the panel. But what matters is the broad thrust.

The global rating agencies and fiscal fundamentalists tend to focus sharply on the fiscal deficit – which is the government’s annual borrowing requirement – but there is nothing sacrosanct about a deficit figure of 3 per cent or 3.5 per cent. There is no such thing as the right fiscal deficit target. If at all there is an ideal, zero should be the target. It’s about living within your means. Second best would be a zero target, but after excluding public investment. Realistically, thus, we would have a positive fiscal deficit most of the time, but one that stays within a range.

Ideally, fiscal policy ought to be counter-cyclical – which means it should be loose when growth is slowing and inflation is benign (as is the case now), and tight when the economy is growing like gangbusters.

The optimum fiscal roadmap should thus focus on a flexible target, where a deficit can be mandated to counter recessionary trends, and a surplus mandated when the economy is booming.

The country should have targeted a fiscal surplus during UPA-1, when growth was in the range of 8-9 per cent for a prolonged period from 2003-04. But the then finance minister P Chidambaram relaxed the roadmap not once, but twice during this period. He then drew yet another roadmap in 2012, when he replaced Pranab Mukherjee as finance minister for a second innings.

We can sum up sound fiscal management in terms of a few imperatives.

- A zero fiscal deficit should be the ideal, but possibly unachievable in a political economy. We can thus opt for the second-best idea, which is to exclude public capital investment from this deficit. The justification: capital investment can earn its own return by improving the economy’s productivity and efficiency. Infrastructure investment would be the obvious candidate for exclusion from the medium-term zero deficit target.

- Surpluses should be targeted whenever the economy’s growth exceeds 6-7 per cent, and deficits can be allowed once it starts slipping. Targeting a surplus means the fisc must be tightened in years of expected high growth, and eased in other years. 2017-18 is thus the ideal year to ease the deficit targets, for we additionally have the demonetisation impact to counter.

- The target should be set in a range – of roughly 0.3 per cent between the top and bottom end.

- The proportion of government debt to gross domestic product needs to be kept in a healthy range. Total liabilities of centre and states are currently in the range of 66 per cent, and there is nothing scary about this. The danger signs will start flashing if it crosses the 70-75 per cent range, which was the case during NDA-1, and for some years under UPA-1.

For 2017-18, where three of the four growth engines are sputtering – private investment, consumption, and exports – the only engine that can be relied upon in public investment. Post-demonetisation, the need is greater, for we have now reached a second Lehman moment where a stimulus is warranted. Demonetisation has fixed the monetary stimulus part automatically, by reducing banks’ cost of funds through a one-time spike in deposits and a drop in loan demand. So interest rates will stay benign for most of the coming fiscal year. Demonetisation has also taken care of the short-term inflation problem by compressing demand.

Right now is thus the ideal time to relax the fiscal deficit target. We need to review it in 2018, in case inflation flares up again, or growth starts revving up beyond 7-8 per cent.