Not Jobless Growth, But Rise In EPFO Numbers Needs To Be Taken Cautiously 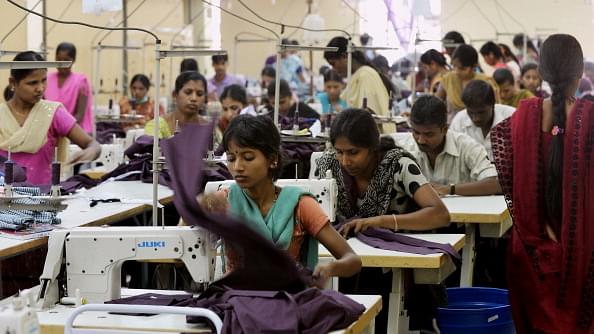 The addition of more than 10 million new workers as subscribers to the Employees Provident Fund Organisation (EPFO), helped by an amnesty scheme to employers that ended on 30 June, will now take the total number of formal sector employees to well above 50 million. It will give the government some political relief over charges that it has been presiding over “jobless growth” even as it increases the numbers now visibly employed in the formal sector.

What it won’t do is substantially reduce concerns over the gap between monthly additions to the workforce (around one million) and the actual opportunities being created by the economy. Even more important, it may say nothing about the quality of the new jobs being created in an economy where automation is increasing, and agricultural sector is shedding jobs for the same reason.

The formal additions to the EPFO do not signify any net addition to jobs for the simple reason that these jobs always existed; the change is that these workers now get some social security cover.

It is also a double-edged sword. The earlier system worked to the short-term advantage of both employers and employees. Workers earned higher take-home salaries as there would be lower deductions on provident fund contributions, and employers could keep their costs lower by not contributing 12 per cent towards EPFO and pension benefits. Now that formally joining EPFO raises costs while cutting take-home salaries, the pressure to cut down on labour will be higher on small businesses. So, they may well adopt automation in a larger way than before.

This is not to suggest that expanding social security benefits under EPFO is a bad idea; it is a very good idea. But when we look at the short-term impact of a social security measure, we need to recognise that it also boosts employment costs – and to that extent may have a dampening effect on employment growth.

As for the larger question of “jobless growth”, the jury will be out on that one because India’s employment data is less than robust. The National Sample Survey Office (NSSO) surveys are few and far between, and the Labour Bureau’s quarterly computation of jobs is limited to eight industries.

So real jobs gains or losses are at best guesstimates. An ILO paper, based on underlying NSSO data, estimates that between 2012-13 and 2014-15, employment has grown from 457.9 million to 472.9 million – a growth of about 15 million. This has been companied by a drop in the workforce participation rate from 63.7 to 55.9 – led by women. The workforce participation rate measures the percentage of people already employed or actively seeking employment. What we don’t know is whether the drop in this rate – which implies fewer people seeking to work – is because there are fewer jobs to go around, or because more people prefer to study more and enhance skills.

At one level, it was always foolish to assume that we had “jobless growth” when the economy was growing like gangbusters during 2003-11, and later, when, after a brief deceleration, the economy started growing again at around 7 per cent.

A Crisil study estimates that between 2004-05 and 2011-12, 37 million jobs were shed in agriculture but there was still a net growth in jobs of around 15 million, since non-agricultural jobs went up by 52 million. This trend is probably continuing. The ILO study shows the same 15 million growth over 2012-14.

But the quality of the jobs being created is surely in question. A McKinsey Global Institute estimate on jobs in the three years between 2014 and now – roughly the period the Narendra Modi government has been in power – indicates that somewhere between 20-26 million jobs may have been created.

But the bulk of these jobs did not come in the formal sector, or at least in sectors with good job quality. Somewhere between 17.7 million and 22.4 million of these jobs were in sectors like logistics (aided by e-commerce and technology), self-help groups, and the self-employment created by micro-loans made under the Mudra scheme. In fact, it may be the self-employed sector that is absorbing the large chunk of the emerging workforce.

The growth in the EPFO is thus great news for those who will now benefit from it, but as yet it is not an indication of large growth in formal sector jobs or the quality of jobs being created.

The expansion of formal employment is being more than counterbalanced by the even more rapid expansion of non-formal jobs in the self-employed sector.