One Reason Why The Real Estate Bill Is Likely To Fail 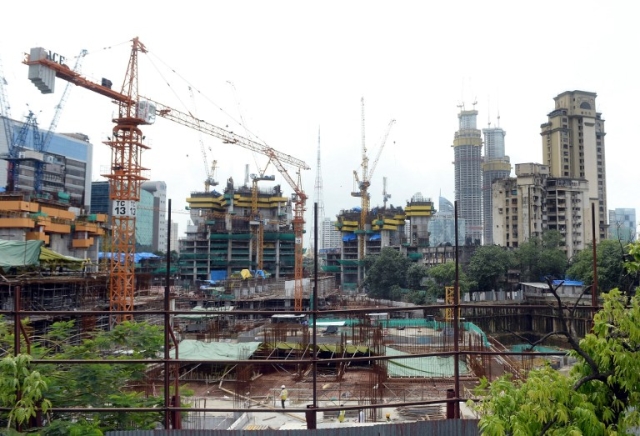 Will the Real Estate Bill solve the problems faced by consumers when buying a home to live in?

The earlier column summarised the salient features of the Real Estate Bill. It is clearly a well-intentioned law which seeks to solve the problems faced by consumers when buying a home to live in. But is it the panacea it is being made out to be? I have my doubts on that.

Over the last few days there have been many articles and columns in the media saying that the Real Estate Bill is going to bring acche din for the home buyers. If you had just read the press release of the government on the union cabinet clearing the Bill and accepting the recommendations of the Select Committee of the Rajya Sabha, you would have come to a similar conclusion.

But after reading the comments of the Select Committee of the Rajya Sabha as well as the Bill, it is safe to say that the acche din for the home-buyers will take some time to come, if they do come at all.

Further, at the very beginning I would like to repeat what I said in my last column, the Bill is very well worded and has solutions for almost all the problems that home-buyers face while dealing with real estate companies. Nevertheless, there are problems with real estate that go beyond the Bill and the Bill at best when it becomes an Act only takes care of some of the issues concerning the real estate sector.

Among others, AW Rabi Bernard of the AIADMK and Naresh Agarwal of the Samajwadi Party dissented to the report submitted by the Select Committee of the Rajya Sabha to which the Bill had been referred to in May earlier this year.

Agarwal in his dissent note said that-

Central government cannot enact any law on the subjects relating to the States and if it does so, it would be treated as interference in the jurisdiction of the states.

Bernard makes a similar point in his dissent note when he says that the central government should have sent the Real Estate Bill as a model bill to the states which could have then enacted their own bills to regulate the real estate sector. Bernard also said that the Bill casts undue responsibilities on the state government. If cooperative federalism is the way forward, then this clearly is not a bad idea.

The broader point which dissent notes of both Bernard and Agarwal make is that real estate is a sector which needs to be regulated by the state government. In fact, the Bill envisages the same thing. It calls for a real estate regulator (the Real Estate Regulatory Authority to be very precise) to be set up in every state and union territory. And ultimately the success of the Bill as and when it becomes an Act depends on how seriously the respective state governments implement it.

The promoters also told the Select Committee that they should not be held responsible for delays in handing over homes on account of inaction or delayed action of the state governments.

While I have no soft corner for real estate promoters but this is indeed a genuine problem that needs to be sorted if home-buyers need to receive homes they have bought on time. As a recent news-report in the Mint pointed out-

Developers need about 54 to 60 approvals before starting to build, a process that can stretch on for years. They need permissions ranging from an “Ancient Monument” approval to ensure that no monuments of historical significance are near the proposed project, to clearance from the Tree Authority, which must ascertain how many trees, if any, will be cut as a result of construction.

The Select Committee of the Rajya Sabha in its report talks about single window clearance from the state government to facilitate development of the real estate sector. And how will this be achieved? Section 32(b) of the Bill talks about the real estate regulator in order to facilitate the growth and promotion of a healthy, transparent, efficient and competitive real estate sector, should be making recommendations to the appropriate state government on creation of a single window system ensuring time bound project approvals and clearances for timely completion of real estate projects.

I guess there is nothing beyond this the Real Estate Bill can really do. So it ultimately boils down to the state governments whether they are in the mood to give a single window clearance for real estate projects.

How good are the chances of something like that happening? The entire process of clearing a real estate project through the various stages is a good money making exercise for both state level politicians as well as bureaucrats. So the economic incentive is clearly against a single window clearance. Also, much of the money thus raised is used to fight elections at the state level. The builder-political nexus is a huge source of finance to fight elections at the state level for politicians. Will this nexus break down?

Further, many politicians at the state level are real estate promoters (or builders) themselves or if not promoters they have others operating as fronts. Given this, why would they want a transparent and an efficient real estate sector, when the opaqueness and inefficiency benefits them the most.

So the Real Estate Bill as and when it becomes an Act will definitely move things forward from the consumer point of view. Nevertheless, it is clearly not the panacea that it is being made out to be. Many more things need to be done in order to clean up the real estate sector in this country starting with the cleaning up of political funding.

And that, as I keep saying, is easier said than done.