One Year Of A Historic Transformation - The ‘Good And Simple Tax’ 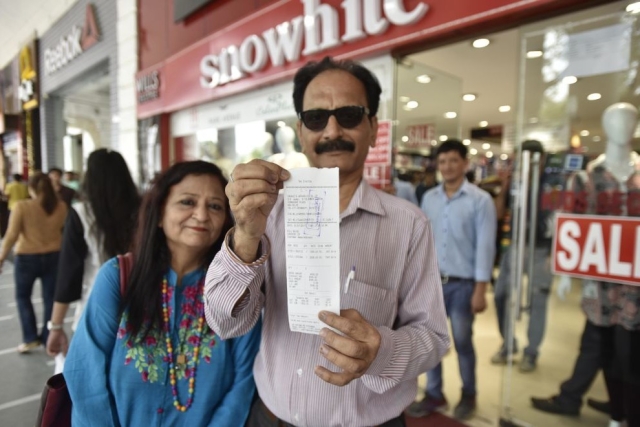 Prime Minister Narendra Modi keeps emphasising upon the spirit of Team India – where the people, governments, and systems rise above all their differences and make things happen.

On the one hand, 17 taxes and multiple cesses getting subsumed into one tax showed the flexibility of our economy and our business class. On the other hand, people of 29 states and 7 union territories, their elected governments, and the Union Government came together and showed the ‘Team India for New India’ spirit.

GST, as a conceptual framework was being discussed since long. However, mere conceptual frameworks cannot decide the course of a structural reform as big as ‘One Nation One Tax’. This needed, most importantly, winning the trust of various stakeholders such as State governments across political lines and building consensus for an idea whose time had come.

This is where the personal credibility of the Narendra Modi as someone who understands the viewpoints of State governments and the importance of cooperative federalism proved to be a game-changer. He managed to win over States, convincing them that the Centre would stand with them through the transformation and beyond. No matter what the Centre-State rhetoric is during elections, the introduction of the GST showed that State governments trusted the Modi government.

State governments too played a constructive role rising above political considerations. Working together, the GST Council came up with the tax rates for about 1,200 items and has held 27 meetings so far. Through the GST Council that works based on the consensus of the Centre and States, the Modi government has set a benchmark for cooperative federalism.

Not only have governments worked hard to make GST work, but the people have also responded with enthusiasm, without which an exercise of this scale would not have gone through. The number of taxpayers added in just the last one year indicates the movement towards higher tax compliance. In 70 years, 66 lakh tax-paying enterprises were added. In just one year of GST, an additional 48 lakh have been added, taking the total taxpayer count to more than 1 crore. In fact, April 2018 clocked a record in terms of tax collection with the GST collections crossing the Rs 1 trillion mark for the first time since the new tax regime was rolled out.

While higher compliance shows people’s willingness to be tax compliant and the ability of technology to provide ease of compliance via the GSTN portal, GST has been a boost for Ease of Doing Business too. Even before the GST was rolled out, India recorded a 42-rank jump in the Ease of Doing Business rankings under the Modi government. GST is slated to improve this even further, inviting more investment, more jobs and higher economic growth, potentially perpetuating a virtuous cycle for India.

The biggest beneficiaries of GST, however, have been the common people of India for whom it has reduced the tax burden. For example, before GST, if you wanted to eat out in Bengaluru, you would have paid about 20.5 per cent tax over the actual price of your food. However, after GST, people are paying only 5 per cent tax on the same. With the indirect tax component being directly shown on bills, consumers also become more conscious about their contribution to the economy and their rights.

Some daily consumables like fresh fruits and vegetables, cereals, curd etc., are exempt from GST while many other items important for households have been placed in the 5 per cent slab, many of which had a higher tax incidence earlier. The multiple slab approach turned out to be a boon for the poor and the middle class as it controlled price rise by separating essential items from others.

Further, transportation trucks are now said to be covering 44 per cent more distance than they used to, thanks to GST. Logistics costs too are said to have fallen to 10-12 per cent of the total value of goods as opposed to 14 per cent earlier. The removal of cascading effect of taxes, efficient supply chains and end of multiplicity of taxes also means businesses are breathing easier and translating the benefits to consumers. The anti-profiteering clause also protects the consumers’ interests in ensuring that the benefits of GST are passed onto them as well.

The economy has responded to the GST with great enthusiasm. By adapting to the new taxation system and clocking 7.7 per cent GDP growth in Q4 of FY 18, the Indian economy has silenced naysayers and shown the people's ability to embrace change. With the Prime Minister calling for the nation to target double digit growth in future and with India regaining the ‘fastest growing’ tag, the road ahead is looking positive.

This era may go down as one that catapulted India into the big league and much of the credit for it will be with the ‘Good and Simple Tax’ that the Narendra Modi led government has successfully implemented.