Payment Banks: A Case Of ‘Banks For The Unbanked’ 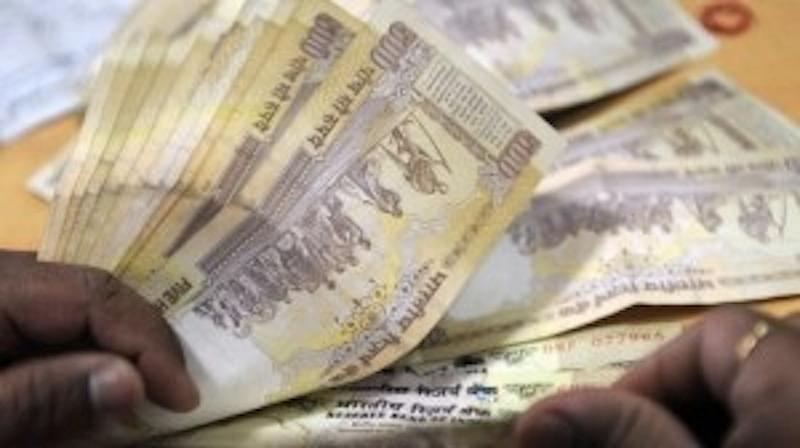 The granting of licenses to payment banks is likely to bring many, many more people under the net of financial inclusions.

What are the payment banks? They are different from traditional banks and the main features of them are the following:

Broadly the functions of payment banks are the acceptance of deposits, remittance services and other specified services. It promotes small deposits and mobile banking. The Payments Bank is expected to leverage technology to offer low cost banking solutions.

Payment banks are viewed as a wise strategy of financial inclusion, which is the process of ensuring access to appropriate financial products and services needed by vulnerable groups such as weaker sections and low-income groups at an affordable cost in a fair and transparent manner by mainstream institutional players. There were earlier attempts towards this goal in India but they have had little success in expanding banking coverage to the desired extent and scale. It is estimated that about 40 per cent of Indians lack access even to the simplest kind of formal financial services. At all India basis 59 per cent of the adult population in the country have bank accounts but the coverage is only 39 per cent in rural area as against 60 per cent in urban areas. The percentage is still higher in the case of North-Eastern and Eastern regions. As regards the loan accounts only 14 per cent of adult population is covered. The coverage is 9.5 per cent in rural area as against 14 per cent in urban areas. Regional differences are significant as is evident from the fact that it varied from 7 to 25 per cent. Another way of looking at this problem is the accessibility of households to any kind of credit. 51.4 per cent of farm households have no access to formal and informal sources of credit while 73 per cent have no access to formal sources of credit. Another estimate shows that only 7 per cent of India’s villages have a branch of a rural or commercial bank. In this context there is no doubt that granting licences to payment banks is a transformative step in fulfilling the financial inclusion goal.

According to RBI, the objectives of setting up of payment banks will be to further financial inclusion by providing small savings accounts and payments/ remittance services to migrant labour workforce, low income households, small businesses, other unorganized sector entities and other users.

Another advantage as pointed out by many is that an incremental amount of at least Rs 14 lakh crore per annum may be freed up for funding the infrastructure sector, an internal study by the State Bank of India (SBI) said. It has been pointed out that even if the cash with public gets reduced by 1 per cent, this will increase the deposit base of banks by around Rs 15 lakh crore, the report revealed. Given that payments banks can only invest in government securities, this entire amount will thus be freed up for credit needs towards the infrastructure sector.

There are two opposing stands on the issue of payment banks licence. The RBI Governor took the stand that the payment banks will serve as a ‘feeder’ for the existing banks. To him, “the new banks will complement the existing system by traversing the last mile. The reason for this is that there is nothing the universal banks cannot do that the payments banks can do. But there are some of the things that the payment banks cannot do which the universal banks can”. On the other hand, Arundhati Bhattacharya, Chairman of State bank of India took opposing stands on the impact of payment banks. In her own words, “ what if the payment banks go for poaching interest rates for deposits , then many of the commercial banks could lose a portion of their deposits which are relatively lower priced  so that will take away the ability to transmit rates  and give further loans at lower rates”. At the same time on an another occasion she said, “ we are pleased to note that RBI has granted payments bank licence to Reliance Industries in which SBI has proposed a 30 per cent stake. This partnership brings together the combined strengths of two of India’s Fortune 500 corporations committed to making a transformative impact on India’s financial inclusion landscape. We see this licence as an opportunity to promote financial inclusion by providing banking and transaction services to unbanked, under-banked and small businesses”( Business Line, 20 August ,2015).

Whether the payment banks will supplement the existing financial system or act as a threat to them is a big question to be debated. As of August 2015, more than 174 million accounts have been opened under the Pradhan Mantri Jan Dhan Yojana. A combination of JAM (Jan Dhan, Aadhar, and Mobile) will be made use of to achieve the agenda of inclusiveness. It means that not only large banks but the popular programmes like Jan Dhan will also be affected adversely. No doubt, the focus on small deposits and mobile banking through payment banks will add competitive pressure for public banks and could potentially pose risks to their market share over the long term. However, there are certain areas where payment banks can focus their functions. They are:

There is room for doubt regarding the sustainability of payment banks in the long run. They are not entitled to engage in lending activities and hence the profitability of these banks may be doubted. There are some operations through which these banks can generate some income; but enormous profit cannot be reaped. At this juncture there is a possibility for the emergence of ‘shadow banking’[1]. The 2008 world economic crisis taught us that many financial institutions other than banks, who were not supposed to accept deposit from the public, went for conventional banking operations. Now there is a chance that the payment banks may go for lending operations illegally so that shadow banking may take place. Reserve Bank and the government will be very vigilant in not emerging any kind of shadow banking operations under the banner of payment banking.

To conclude, payment banks should be welcomed from the perspective of financial inclusion. Payment banks will be successful in achieving financial inclusion on the one hand, innovation based cashless economy on the other. International experience like Vodafone’s M-Pesa[2] in Kenya, which covers 30 per cent of GDP in that economy, supports this viewpoint. Still, the accessibility to loan money is still a dream for the unorganized, weaker and vulnerable groups. Their dependence on indigenous money lenders who charge exorbitant rate of interest will continue to exist.

[1] Shadow banking is the whole alphabet soup of levered up non-bank investment conduits, vehicles, and structures. Shadow institutions do not accept deposits like a depository bank and therefore are not subject to the same regulations applicable to depository banks. Apart from non-depository banks there were other financial entities like hedge funds, investment banks, insurers, money market funds etc who were not subjected to regulations. These institutions are collectively called shadow banking.

[2] M-Pesa is a mobile-phone based money transfer and micro financing service, launched in 2007 by Vodafone. It is the largest mobile network operator in Kenya and Tanzania. . It enables millions of people who have access to a mobile phone, but do not have or have only limited access to a bank account, to send and receive money, top-up airtime and make bill payments. Customers register for the service at an authorised agent, often this is a small mobile phone store or retailer, and then deposit cash in exchange for electronic money which they can send to their family or friends. Once they have registered all transactions are completed securely by entering a PIN number and both parties receive an SMS confirming the amount that has been transferred. ICICI Bank and VMPL(Vodafone m-Pesa Limited), a Vodafone group company, jointly present “m-pesa” a mobile money transfer service for Vodafone subscribers. On applying for m-pesa, customers get a mobile wallet issued by VMPL called “VMPL Wallet” and also a Mobile Money Account with ICICI Bank. The Wallet and the Mobile Money account are completely inter-operable and the customers have an option to transfer money into the Mobile Money account.

This piece was first published in the Centre for Public Policy Research (CPPR) September 1, 2015. CPPR is a think-tank based in Kochi, Kerala.

Dr Martin Patrick is the Chief Economist at Centre for Public Policy Research (CPPR), Kochi. His views are personal and do not in anyway represent that of CPPR.
Get Swarajya in your inbox everyday. Subscribe here.
Tags: