Plugging Leakages In The PDS: What The Govt Should And Shouldn’t Do 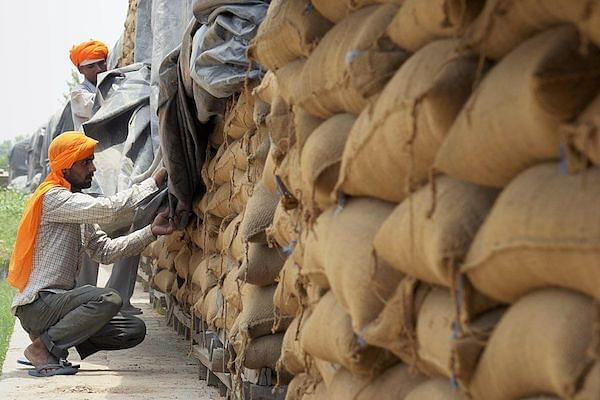 The Government of India over the years, at least in theory, has tried to make the lives of its citizens comfortable by trying to deliver various goods and services at a subsidised rate.

And it has failed miserably at it. The leakage is extremely high i.e. much of the stuff the government wants to deliver gets stolen before it reaches the individuals it is meant for.

And the stealing doesn’t end at rice and wheat. 40 percent of fertiliser, 46 percent of kerosene and 24 percent of cooking gas are also stolen.

The government suffers from what economists call a ‘principal-agent problem’. As Vijay Joshi writes in India’s Long Road—The Search for Prosperity:

The government...suffers from a ‘principal-agent problem’. Its functionaries (legislators, bureaucrats) may pursue their own agendas rather than act in the public interest. They may shirk their duties or feather their own nests.

While politicians and high-level bureaucrats are a part of the government, they are not the ones that people of this country deal with on a regular basis. The people deal with low-level officials from clerks at the local transport authority—who won’t lift a finger without being bribed—to the shopkeepers running the public distribution system, throughout the country.

And the incentives of these individuals are not in line with the public interest. Hence, there is pilferage and the subsidies that are meant for the people of this country never reach them.

This leads to a lot of money being spent by the government getting wasted. It leads to the government having to incur a higher expenditure than it would have if things reached the people they were meant for.

It also leads to an active black economy, where everything that is stolen from the public distribution system is sold in the open market, at a higher price.

So what is the way around this? Should the government stop subsidising the people of this country and in the process save the money that gets wasted? Not really.

The fact that the government tries to deliver rice, wheat, sugar, kerosene, cooking gas, etc., to people leads to the ‘principle-agent problem’ and all the corruption that follows. So what is the way out? As Joshi writes:

“The state could enable the poor to buy food in the market, at market prices, by transferring purchasing power to them directly in the form of cash or food vouchers. A system along these lines may be more effective in reaching poor people, and also less corrupt. This example is not chosen at random: it is highly relevant to the problems facing India’s public distribution system (PDS) for food delivery.”

Such a system is already available in the case of cooking gas. It is called PAHAL. In this case, the subsidy amount on a cooking gas cylinder is paid directly into the bank account of the individual, instead of the cylinder being sold at a lower subsidised price, as was the case earlier.

In late June 2016, the Finance Secretary Ashok Lavasa told PTI that the government had saved Rs 14,872 crore by paying the subsidy amount directly into the account of people, instead of trying to deliver the cooking gas cylinder at a subsidised amount. The government has been able to save money by being able to bring down the cooking gas cylinders being sold in black.

“The PAHAL scheme has been a big success. The use of Aadhaar has made black marketing harder, and LPG leakages have reduced by about 24 percent with a limited exclusion of genuine beneficiaries.”

The real benefit to the government and the citizens will come when the government can implement the cash transfer programme (or what it calls ‘direct benefit transfer’) to other areas, where the leakages are high. For this to happen, citizens need to have Aadhaar cards, and these cards need to be linked to savings bank accounts.

A lot of progress has been made in the issuance of Aadhar cards. As the Economic Survey points out:

An Aadhaar card is necessary to identify the right beneficiary. This helps in eliminating bogus identities, through which people claim subsidies. But for the government to be able to transfer money to individuals, the Aadhaar card needs to be linked to a bank account.

“Despite Jan Dhan’s record-breaking feats, basic savings account penetration in most states is still relatively low—46 percent on average and above 75 per cent in only two states (Madhya Pradesh and Chattisgarh).”

The Economic Survey was published in February 2016. Given that some time has elapsed since then, the figures quoted above would have improved since then. What also does not help is the fact that only 27 percent of villages have a bank within a distance of five km. This means that last mile connectivity is a problem. This essentially means that if the government moves to cash transfers immediately in a whole host of areas chances of people being left out because they do not have a bank account, are high. This needs to be set right in the years to come. Of course, it is easier said than done.

The savings from such a system, if and when it is in place, will be huge. As Nitin Gadkari, the Road Transport and Highways and Shipping Minister recently said:

“If bogus claims are removed from scholarships, pension, subsidies, ration cards and other schemes and these are linked to Jan Dhan Yojna and Aadhar, it will result in savings of Rs one lakh crore to the exchequer.”


For all the leakages that happen, Gadkari might just be right.

The views mentioned above are of the author’s only. This article was originally published in Vivek Kaul’s Diary—a newsletter that cuts through the noise and presents actionable views on socio-economic developments in India and the world. He is the author of a trilogy on the history of money and the financial crisis. The series is titled Easy Money.