Price Discovery, Wealth Realisation: How The Three Agricultural Reforms Complement Each Other 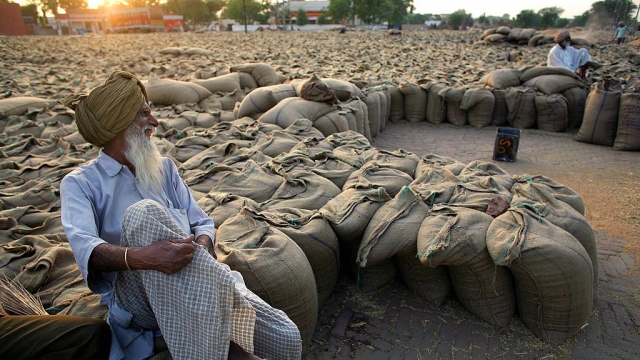 On Sunday, the Rajya Sabha passed the Farmers' and Produce Trade and Commerce (Promotion and Facilitation) Bill, 2020 and Farmers (Empowerment and Protection) Agreement on Price Assurance and Farm Services Bill, 2020.

The first bill gave India’s farmer the much needed economic freedom to sell his produce anywhere at whatever price, which is in contrast with the APMC markets-based system, which has monopolised agricultural trade and resulted in an extractive system that has impoverished the farmers.

This law will liberalise agricultural trade and can be considered as a 1991 moment for India’s agriculture — an analogy first made by Dr Ashok Gulati, who happens to be India’s foremost agricultural economist.

There have been concerns regarding what this means for the Minimum Support Prices (MSPs) and government procurement.

As indicated by the Prime Minister, the process of government procurement will continue — however, private markets without a mandi-tax will emerge, which will end up fostering greater price discovery.

The process will end up benefiting both the farmers and the consumers as it will create leaner food supply chains and eliminate the extractive set of middlemen, which created distorted and monopolised supply chains.

The concerns of price discovery have been mentioned by many, but the key point here is that nearly every other sector of the economy has deregulated markets and yet, producers continue to find a suitable price for their goods and services.

Therefore, why should we deny our farmers the same opportunity and continue to force them to participate in a monopolised market?

The second Act looks at a separate issue and allows for a formal contract farming agreement with producers, which can ensure a fixed return on their produce.

This is a kind of forward contract, which will give farmers assured returns and reduce any price-related uncertainty, thereby allowing them to better plan their resources.

This must also be viewed with the push towards scientific agriculture by promoting soil health cards, pushing for more organic methods of farming, extending irrigation and at the same time improving the crop insurance coverage.

It has become evident that the government is looking at improving the income of farmers through enhanced productivity — which is important, as Indian agriculture lags in terms of productivity compared to several other countries.

More importantly, the approach that has emerged is in direct contrast with the previous approach towards agriculture, which focussed extensively on producing enough to ensure food security.

In contrast, the new approach or the new policy mix is for maximising the agricultural surplus, which could then be used by our industry or exported to other countries.

Needless to say that we are gradually moving towards a more profit- oriented agricultural economy, which augurs well for India’s farmers and the economy.

The key issue is, however, to ensure adequate private capital coming into our agricultural sector in areas such as warehousing, logistics and cold storage.

This will be of essence and it would be possible only when private players are assured of limited government intervention, especially in the form of bans on sale of items such as cereals, pulses and onions.

Many governments frequently intervene using these regulations — including the Central government, to control price pressures, especially during elections.

However, such measures dampen the process of price discovery in the markets and have emerged as a permanent method to extract producer surplus and transfer it to consumers.

Consequently, Indian farmers have had little surplus, which could be then invested back into their lands to enhance their productivity.

Therefore, the third law which makes changes to the Essential Commodities Act is critical, as it limits any such government intervention to the situation of war, famine, extraordinary price rise and natural calamity of grave danger.

However, this is where I have a disagreement — the use of the term 'extraordinary price rise' — which would further allow government intervention and thus serve as a hindrance for private sector investments in agriculture.

Moreover, it will give the government the necessary tools to intervene, which will surely be utilised from time to time, for various reasons.

For the private sector to make the kind of investments that are warranted in India’s agricultural sector, we have to give them the confidence of reduced intervention by government and its machinery.

These three Acts will achieve precisely the same.

Consequently, we are looking at a bold attempt to rewrite the policy handbook that has governed Indian agriculture thus far.

The benefits of this attempt would be visible over the coming months and it will prove that the experts have been right all along — the only thing needed was a reformer by conviction (rather than compulsion) at the helm of affairs.