Project Disinvestment: 20 November 2019 Just Got An Assured Place In The Economic History Of India 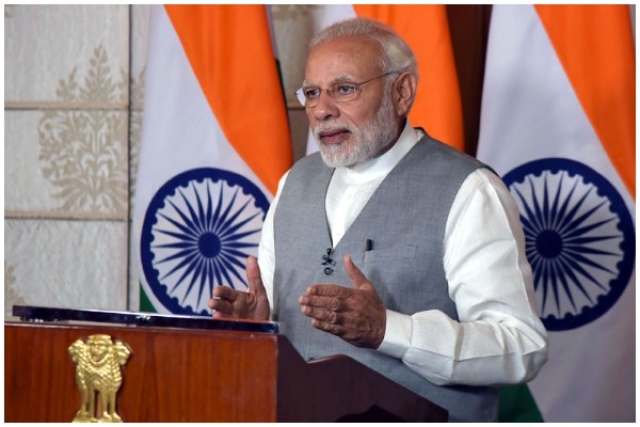 For those who don’t remember, India drastically reduced its corporate taxes on the 20th of September 2019 and for those who missed the press conference by the Finance Minister, on 20th of November she announced an in-principle approval for strategic disinvestment in five Central Public Sector Undertakings (CPSUs)

This decision is important as there are three such CPSUs that will go to private players and the government will also transfer management control of these companies to the strategic partner.

The magnitude of this decision can be gauged by the fact that the last successful privatisation drive happened under the Vajpayee government.

Over the last couple of months, several experts have stressed on the need for reforms in critical areas like factor markets and on the importance of privatisation. Many of them have criticised the government for the lack of them as they feared the possibility of yet another missed opportunity.

Some of these experts were critical of even the previous government on these grounds and therefore, their criticism was based on their belief of the importance of these reforms.

Indeed, both, reforms in factor markets and privatisation are an important part of the agenda that got derailed during the UPA era.

While the process of labour reforms was initiated during the first tenure of the Modi government, it is only now that we’ve finally had the Cabinet accept the new labour codes.

There are a few hits and misses with the labour code as it retains the provision of the Industrial Disputes Act that restricts retrenchment of workers. This particular provision resulted in a shift in India’s manufacturing to high-skilled and capital-intensive processes rather than a labour intensive one. Consequently, only limited non-farm job opportunities emerged to absorb the surplus labour from agriculture.

The provision has been retained with the draft code, but the hope is that state governments will gradually dilute this provision in order to attract investments into their respective states.

A casualty of the labour code on industrial relations is that generalists’ experts will now no longer talk about the lack of ‘factor market reforms’ as the reason for any and every economic slowdown.

Similarly, many till date don’t understand the importance of privatisation. The biggest immediate benefit of privatisation is the signal it sends not just to the domestic private sector but to the world.

The signal is of a significant shift in India’s policies towards involvement in production decisions – or more importantly, the signal is of opening of greater space for the private sector in the economy.

This signal is important as many investors are wary of making investments in sectors which are dominated or have a sizable presence of public sector enterprises.

In strictly academic terms, a government has two functions, a service function and a coercive function.

Therefore, a government should intervene only in the event of a market failure such as in research, education or healthcare. Moreover, a lot of these PSUs aren’t efficient which implies that the government loses out on a lot of potential taxation revenue that would be realised if they were to be with private sector.

In an interview, former Prime Minister Atal Bihari Vajpayee highlighted a debate in the parliament with regards to establishing a hotel.

As a young member of parliament, he stood up and stated how the role of government is to build a hospital and not a hotel. To that, the treasury bench answered that because he was new, he didn’t understand how the government functions. They would make a hotel and from its profits, they’d build hospitals.

That was the model followed in India since 1947 so we have a good idea of how much profit was made by CPSUs and how many hospitals could be funded through them.

Perhaps, it was this understanding and conviction that enabled the Vajpayee government to get rid of CPSUs despite the pressure from opposition and a coalition government.

15 years later, we have Modi with a similar conviction and above all, a mandate of 303 to fulfil his vision of government’s exit from businesses where it isn’t required. After all, government has no business to be in business.

On 20th of November, the government created history – but there’s still a long road ahead as it would have to effectively find strategic partners in order to materialise this decision.

However, a throwback to the swearing in ceremony of the PM and the cabinet- who would have thought, by the end of this year, Article 370 would be gone, India would have one of the most competitive corporate tax rates and government will go full-throttle on privatisation.

The pace of reforms has definitely accelerated under Modi 2.0 but it is important to keep the momentum going throughout the next 5 years.