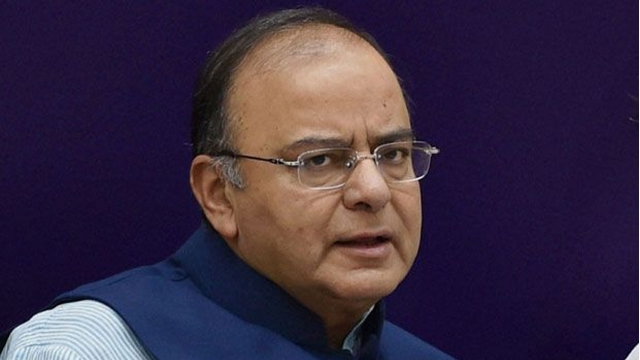 What requires to be done on the economic front is more than what has been done yet.

What makes the first quarterly (Q1) national accounts data of the current financial year so important for the economy?

First, it informs us how the overall economy and its major sub-sectors have been able to perform so far; and decode leaders and laggards.

Second, it serves as sort of ‘a wake up call’ so that the government can respond proactively with a mid-way course correction and appropriate policy action.

Last, for all the stakeholders, it offers a vital barometer about the on-going state of the economy that can influence their consumption, savings and investment behaviour in the remaining part of the year.

In this contextual framework, the just-released estimates of Q1 (April-June] 2015-16 of real gross domestic product [GDP] and gross value added [GVA] numbers at basic prices might offer some sense of comfort to the Narendra Modi government.

For the past few months the government has been besieged with a constellation of negative events – a combative opposition stalling the reforms agenda in the monsoon session of Parliament; continuing imbroglio on the one rank one pension issue as well as the massive agitation by the Patidar community in Gujarat; growing sense of disillusionment among business and industry that ‘nothing is changing at the ground level’;  south-west monsoon playing truant in the crucial months of July-August; and global economic scenario afflicted by the widespread turmoil.

The government can quite justifiably proclaim that in the global context, the Indian economy is showing significant resilience, especially at a time when the Chinese economy is slowing down rapidly.

But it is also imperative to acknowledge several challenging and worrisome features of the economy revealed from the national accounts data:

Some of these sectors are bogged down by the policy inadequacies. For example, while the government has done well on the power generation front, the same cannot be said about power distribution channels. There is a paradoxical situation where state electricity boards (SEBs) lack the means to buy power from power generation units, leading to surplus power in the hands of power generators and a record low PLF. Successive governments have failed to implement crucial pricing reforms in the power sector.

A persistent loss of investment momentum is going to affect the potential growth rate of the economy in the coming years. The domestic investment outlook has always been predominantly determined by the domestic savings ratio, which has eroded substantially in recent years. A happy augury is that the government is now seeking to stimulate capital expenditure from budgetary sources in the wake of hesitant private investment trends. But this cannot be a substitute for restoring the ‘animal spirit’ of the private sector.

In substance, the unfolding growth story of 2015-16 continues to hang on balance; and, as the Reserve Bank of India has said, “the economic recovery is still work in progress”. There are numerous challenging developments – both domestic and global. But what may be comforting is that even in the midst of heavy odds, the economy has shown great deal of resilience.

Also, these are best of times for India in terms of [a] falling international crude oil prices; [b] current account deficit to GDP ratio well-anchored around 1.5 per cent of GDP; [c] fiscal deficit reasonably reined in thanks to the oil bonanza and tax revenue buoyancy, which can generate fiscal space for accelerating public expenditure on developmental activities; [d] inflation outlook somewhat more promising.

Such positives together with the economic data for Q1 surely paves the way for the RBI Governor to respond with key policy rates cut. Witness his recent statement: “we have not said we are finished on cutting rates”. At the same time, the Modi government now needs to pursue its policy agenda and programmes more resolutely and consistently than in the first fifteen months of its tenure so far. Some of the policy actions certainly call for genuine effort to reach out to the opposition, but several others [ease of doing business, environmental clearances, etc.] can be accomplished through executive efforts. Hopefully, the government would now strive hard to make the growth story inspiring at least by the second half of the current financial year!