Raghuram Rajan Did What He Did, And The Modi Govt Did What It Had To 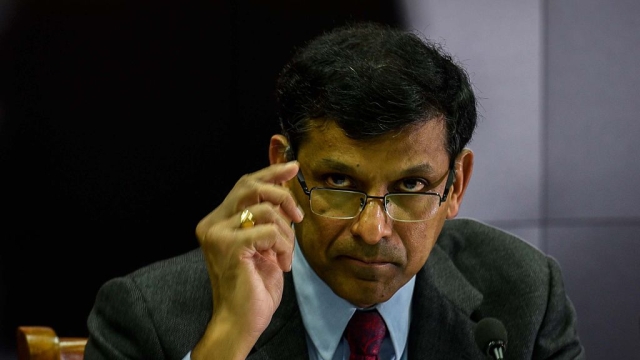 So, we can agree with him when he says that demonetisation hasn’t worked so far, since the costs were “upfront” and “substantial”, and even future gains in terms of collecting taxes from those who deposited old notes in the system may come with even more costs. As for the costs imposed on that part of the economy that depended on cash – the rural population and small, informal businesses – these may even be difficult to calculate, Rajan said in an interview to The Times of India (TOI) in the context of the launch of his book, “I Do As I Do”, which makes these points in detail.

He said: “Let us not mince words about it - GDP has suffered. Then there are the other costs - the hassle cost of people standing in line, the printing cost that the RBI says is close to Rs 8,000 crore, the cost to the banks of withdrawing the money, and the time spent by their clerks, by their managers and by their senior officers doing all this, and the interest being paid on all those deposits, which earlier were effectively an interest-free loan to the RBI.”

Nor can we disagree with him when he says that the autonomy of the RBI Governor should be more clearly defined, and he should not be treated just as just another bureaucrat. In another quote to Mint newspaper, he had this to say: “The mistake on all sides is to treat the RBI governor as just another bureaucrat. If the Governor takes this mistaken view, he ends up being subservient to the central and state governments and not offering an independent technocratic perspective that could keep the nation from straying into economic distress.” On the other hand, if the government takes this view, “it will strive to cut him down to size. This does not serve the country either.”

However, as the title of the book itself suggests, one wonders whether Rajan was temperamentally suited to running an institution when he seemed blissfully unaware of the political sensitivities of the elected representatives of the people, especially when the comments were unrelated to monetary policy or banking and finance.

Rajan, despite being an academic with the University of Chicago, is no newcomer to India, and was involved in drawing up several reports for the finance ministry, and even served as Chief Economic Adviser for a year before being handed the top job on Mint Street.

So, he had enough time to acquaint himself with the politics of the country, the sensitivities involved, and how stray statements play out in the media. He seemed unaware too of the biases in media against the Narendra Modi government.

If he had even an ounce of political correctness, he would not have made statements about “one-eyed kings” in “the land of the blind”, or referred to Hitler when talking about how even strong governments can go wrong sometimes.

Rajan’s defence on the Hitler reference ran thus: “If I had known the connections that would be made (between Hitler and the Modi government) on social media, I would not have used it. The speech was about the need to remedy the weakness of government capacity in general in India - with no specific administration in mind. It was indeed construed as a warning against strong government, especially the current administration.”

But isn’t this disingenuous when Modi has repeatedly been referred to as Hitler by many voices in the opposition and the Left, and his party has been dubbed “fascist”? Did Rajan not know anything about India’s Left and “secular” politics?

Equally unwarranted was his reference to Make in India – Modi’s slogan for making India a manufacturing base. Rajan said that the idea should be about making for India, rather than making in India. In the Mint story, he has this explanation: “No sensible economist could be against making in India if that came from an improvement in the business and infrastructure environment rather than our old, discredited policy of raising import barriers to encourage import substitution.”

This again is a post-facto explanation. First, does it make sense to deliberately caveat and footnote a phrase that the Prime Minister used while talking to citizens from the ramparts of the Red Fort? And, more importantly, the explanation that he was against import substitution does not wash, for the Modi government was not planning about any such thing, except in defence, where national security is a consideration.

Rajan is probably being less than honest when he makes these claims, especially when he goes on to assert in the TOI interview that the RBI Governor, while having real autonomy, should be working “under the overall direction of the elected representatives of the people. You cannot go off in a separate direction. You cannot be a fifth column inside government, undermining the legitimate right of the government to decide.”

How does this square with his speeches where he repeatedly irritated the government with his references to Hitler and one-eyed kings? Maybe the government felt he was indeed acting as a “fifth column”.

At some points in his interview, he also seems to contradict himself, especially on whether he left the RBI because the government was unwilling to keep him on, or because the terms offered were not acceptable to him.

He said: “There was a column in a newspaper a few weeks ago which seemed to suggest that I went back even though the government asked me to stay because the University of Chicago was not willing to extend my leave. I think the appropriate answer to that is we never reached a point where the government made me an offer to stay on. There was no offer on the table. That's fair to say.”

But in the same TOI interview, he also makes this statement. “I left when the government and I could not agree on terms for me to stay on.” His reference to never reaching a point where the government made him an offer also suggests that some discussions did take place. Most possibly, the government may have indirectly hinted at setting some terms before giving him an extension, which Rajan may have failed to accept or comprehend.

This suggests that an offer could have come if Rajan had agreed to the government’s terms, which have not been indicated.

It is unlikely that these terms were about compromising the independence of the RBI, or even demonetisation, where Rajan admits that he “was party to the conversation…. on the costs and benefits of the case but not on the date.” The chances are he would have suggested a different way of demonetisation, assuming the government was keen to do it.

The terms possibly relate to Rajan’s eloquence on matters outside the realm of monetary economics, where he was a cause of major embarrassment to the government by his references to Hitler and one-eyed kings.

It may be fair to conclude that given Rajan’s politically insensitive references, the Modi government was right to let him go. No central bank governor anywhere talks in a way where he or she politically embarrasses the governments that appoint them.

One can be a supporter of Rajan the RBI Governor when he wears his monetary hat, just as one can be opposed to Rajan playing the role of a free-thinking public intellectual during his tenure as head of the central bank.

In the end, Rajan did what he did, and the government had to do what it had to do.