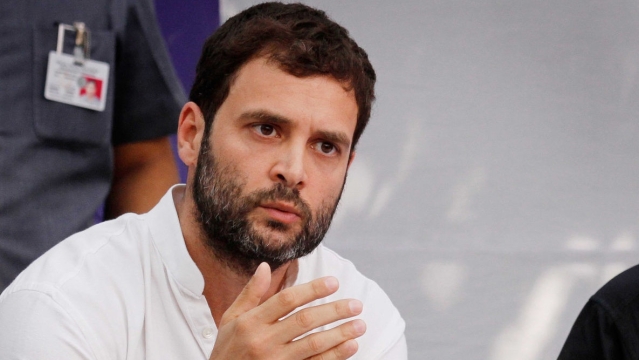 Rahul Gandhi, in his new avatar, as the angry young man (yes at 45 he is still young), has a thing or two to say on most issues. Let’s take the latest decision of the Narendra Modi government to cut the interest rates on the public provident fund (PPF) and the small savings schemes like Kisan Vikas Patra (KVP) and National Savings Certificate (NSC). Interest rate cuts ranging from 40 basis points to 130 basis points have been carried out. One basis point is one-hundredth of a percentage.

Rahul Gandhi’s office tweeted to say that “slashing interest rates on small savings - on PPF and KVPs, is yet another assault by the Modi Govt on hard working middle-class people.” He further said that “this Govt has failed farmers, failed the poor & now it’s failing the middle class. Modiji ppl are seeing through your event management politics.”

While the Modi government has taken the middle class for granted on other issues, like not passing on the benefits of the fall in oil prices in the form of lower petrol and diesel prices, or trying to tax the Employees’ Provident Fund corpus of private sector employees, the same cannot be said in this case. Before I get into explaining this, we first need to understand the meaning of inflation and how it impacts investment returns.

What is inflation? Inflation is essentially the rate of price increase. If the price of a product in March 2015 is Rs 100 per unit and it jumps to Rs 110 per unit by March 2016, the rate of inflation is said to be 10%. So far so good.

What does it mean when people say inflation is falling? It doesn’t mean that the prices are falling. It means that the rate of increase in price rise is falling. Allow me to explain. Let’s extend the example considered earlier.

This is a very important point which many people don’t understand and hence, it is worth repeating. A fall in the rate of inflation does not mean lower prices, it just means that the rate of price rise is falling or has slowed down.

Now let’s get back to Rahul Gandhi and the Modi government’s decision to cut interest rates on PPF and other small savings schemes.

The rate of interest on offer from April 1 onwards, ranges from 7.1% (on the one-year post office deposit) to 8.6% (on the Senior Citizens Savings Scheme and the Sukanya Samriddhi Account Scheme). What is the prevailing rate of inflation? Inflation, as measured by the consumer price index in February 2016, stood at 5.18%.

What does this tell us? It tells us that the rate of interest on offer on PPF as well as other small savings scheme is higher than the prevailing rate of inflation. This means that the money invested will “actually” grow and not lose its purchasing power. The real rate of return on these schemes is in positive territory. The same cannot be said for the period when Rahul Gandhi’s Congress Party was in power.

Inflation, as measured by the consumer price index, was 10% or higher between 2008 and 2013. In fact, the inflation during the period stood at an average of 10.1% per year. What was the interest that the Congress-led UPA government was paying on PPF and other small savings schemes?

The rate of interest varied from anywhere between 8-9%. This, when the prevailing rate of interest was greater than 10%. Hence, the money invested in these schemes was actually losing purchasing power.

This is not the case now. Investors are actually earning a “real” return on their investment. Some people told me on the social media that even with lower inflation, prices are not really falling. As I explained earlier, lower inflation does not mean falling prices. It just means that the rate of price increase has slowed down.

Also, it needs to be mentioned here that investments made into PPF and other schemes like Senior Citizens Savings Scheme, National Savings Certificate and Sukanya Samriddhi Account Scheme, enjoy a tax deduction under Section 80C. Hence, the effective rate of return on these schemes is higher than the interest that they pay.

I guess these are points that Rahul Gandhi needs to understand. Editors of media houses who have run headlines saying how the middle class will be hurt because of the cut in interest rates, also need to understand this. While “middle-class hurt” makes for a sexy headline, that is really not the case.

Also, it is worth mentioning here that the Modi government is trying to introduce a certain method in the calculation of the interest to be paid on these schemes. The interest will now be linked to the rate of return on government securities and will be calculated every three months.

Indeed, this is a good move and brings a certain transparency to the entire issue. Further, people up until now have been used to interest rates on PPF and small savings schemes remaining unchanged for long periods of time. But now with a quarterly reset in these interest rates coming in, they need to get used to the idea of these interest rates changing on a regular basis.

This is something that needs a change in mental makeup and will happen if the government persists with this. Also, it is important in the days to come for the government to ensure that the rate of interest being paid on PPF and small savings schemes is higher than the rate of inflation. That to me is the most important thing than the current rate cut.