Real Interest Rates Are At Historic Lows, But Will It Offset The Coronavirus Impact? 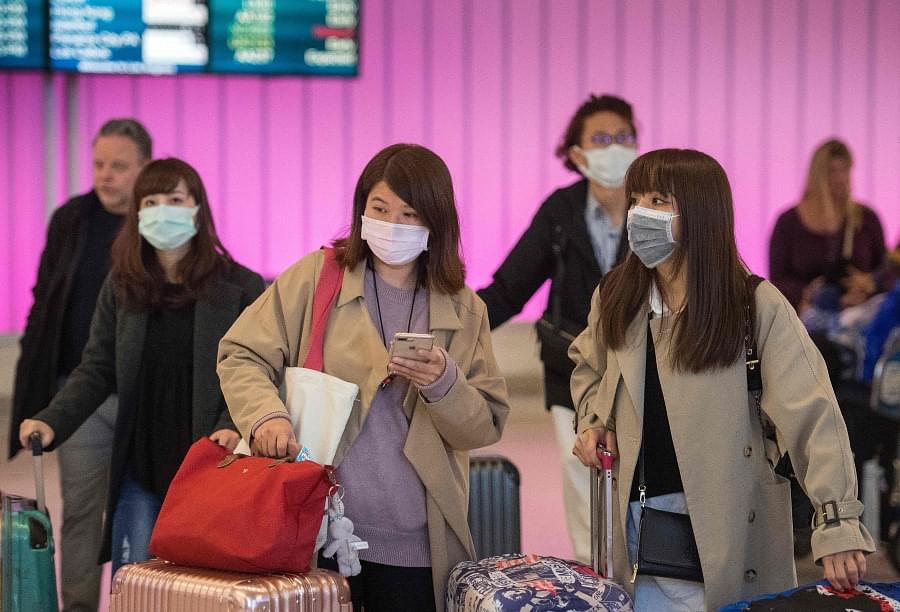 Passengers wear masks to protect against the spread of the coronavirus as they arrive at the Los Angeles International Airport, California. (Mark Ralston/AFP)

This was an interesting finding and relevant as we find inflation to be largely moderated in most parts of the world (India’s recent inflation figures are driven mostly by food prices).

Therefore, it reinforces the call for a lower rate of interest that has been pushed aggressively by many including me.

The Covid-19 has been disruptive and central banks went to their war chest to arm themselves for its economic impact.

The situation has its own share of problems as it restricts the ability of people to gather in large groups, making it a different kind of economic crisis altogether.

However, the built-up debt over the last couple of years along with high asset valuations at a time when earnings have been growing modestly makes it a vulnerable situation which can spiral out of our hands quickly.

The outbreak coincided with RBI’s decision to undertake LTROs worth one lakh crore rupees over four rounds spread over February and March.

These LTROs were focussed on ensuring transmission but can be also viewed as a preventive measure to ensure liquidity at a time of supply disruptions.

The fact that global central bankers have scrambled to find whatever weapon is available with them is encouraging. However, it hasn’t calmed the markets yet.

Perhaps, the fear of a prolonged disruption of economic activity, along with the lack of a credible policy path to address the problem, could be considered a major reason why market participants aren’t impressed with what appears to be a coordinated monetary policy response.

USA has gone ahead and proposed a payroll tax cut for the coming year, while UK has proposed delayed tax payments to deal with the crisis.

Perhaps solid fiscal intervention may be needed to supplement the monetary policy action.

With US’ 10-year trading at less than 1 per cent and major stock markets in the red, it is evident that we’re looking at a serious situation that requires unconventional policy intervention at an unprecedented scale with global cooperation to minimise the economic costs of the virus.

It is unfortunate that the outbreak coincided with the economic turnaround that was aided by potent policy interventions in India.

The recent released figures do reinforce the fact that a turnaround was indeed under way, but, however, the present travel restrictions and general fear of gatherings is likely to have a significant economic impact.

There is little that can be done here, as it is important to prevent the outbreak as India’s healthcare system will face several challenges in scaling up to provide adequate curative treatment in such a short span of time.

With emerging market currencies, including the rupee registering new lows, we can understand the need for the RBI to intervene, which could put some restrictions on their ability for rate cuts.

More so because of the inflation print being higher than the 2-6 per cent band and possibility of a higher inflation due to supply shortages in the short run. However, there is still space for more long-term repo operations.

It is important to explain what LTROs are: Long Term Repo Operations are essentially operations where RBI lends to banks for a tenure of one year or three years at the repo rate.

Conventionally, loans with higher maturity have a higher interest rate compared to short term rates such as the repo rate.

Moreover, it increases the liquidity in the banking system by Rs. 1 lakh crores. Therefore, LTROs will put a pressure on banks to reduce their lending rates.

The disruption of travel and trade is going to have a big impact on companies engaged in this sector and the lower level of interest rates should reduce the burden at a time when there is significant business pressure which could lead to layoffs in future.

There have been concerns that leverage could result in a bigger impact as an aftershock which makes some monetary action all the more necessary.

At the global level, at the time of the writing of this article, US stocks plunged by nearly 7 per cent and trading was halted with Dow down by 7.18 per cent and S&P500 down by 6.88 per cent.

It is a global problem that requires urgent policy support and central bankers have limited firepower going forward.

Therefore, the only solution is a series of fiscal stimuli that can revive growth and help in calming markets.

The stimuli must be credible and would probably be needed across major economies in order to ensure they are out of the current slump as quickly as possible.

India should not be an exception to this, and we may have to reconsider our fiscal situation despite lower crude oil prices.

The world may appear to be uncertain, but then again, when was it not uncertain? After all, none of us could have predicted the devastating pandemic a few months ago or the outbreak of Black Death, which led to the industrial revolution.

Therefore, we must recognise that it is darkest just before the dawn and eventually, a few months down the line, we may be back to a situation where economic activity recovers and markets are stable.

The focus should, therefore, be solely on how do we get to the other side in the quickest possible time!