Recasting Kerosene Subsidy: Early Days Yet For DBT, But It Is Gaining Traction 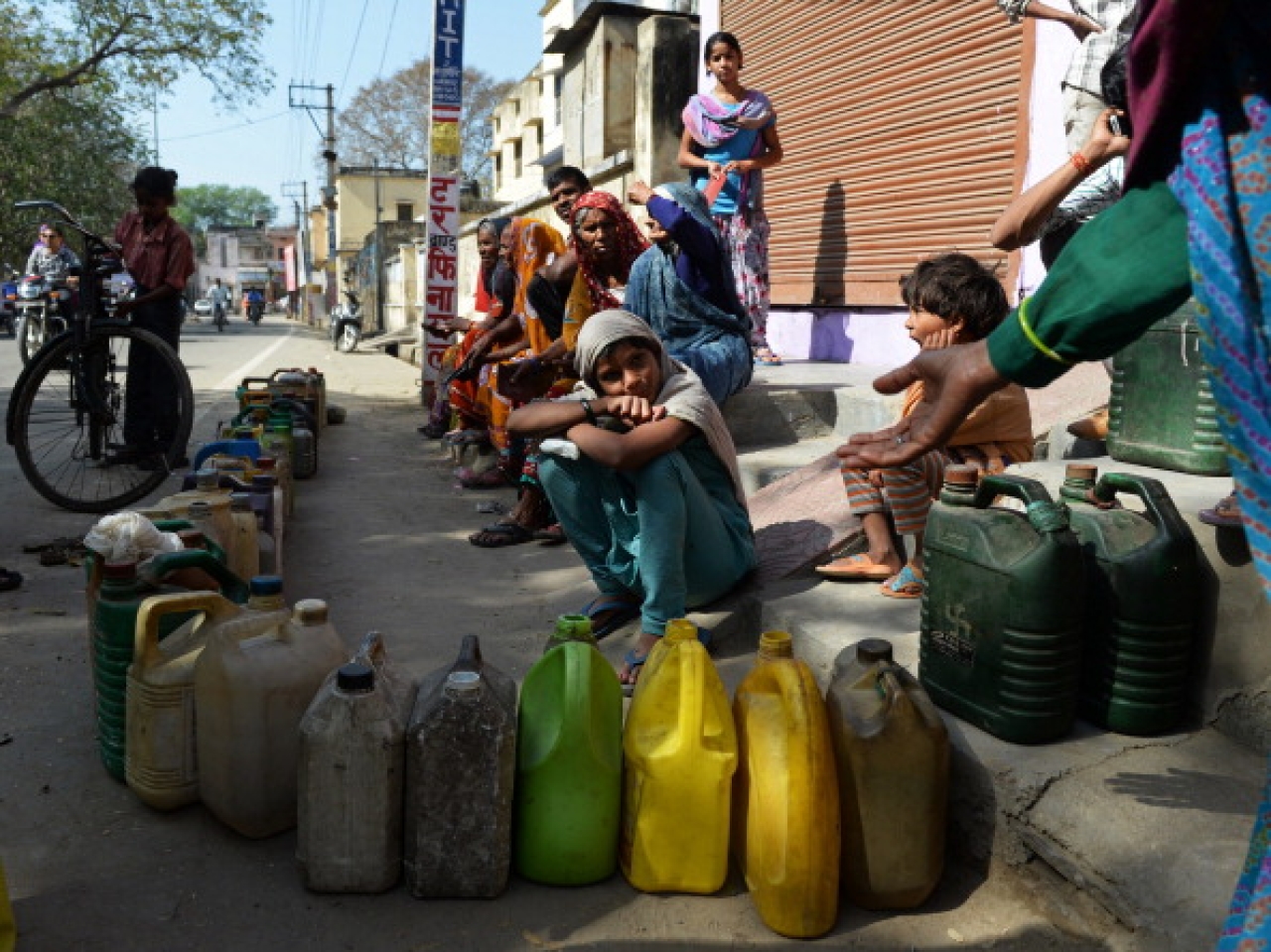 A child sits with others as they wait their turn to get subsidsed kerosene oil outside a government fair price shop in Alwar district of Rajashtan. (SAJJAD HUSSAIN/AFP/GettyImages)

The central government’s plans for cash transfer instead of subsidised food grains may not be taking off in a big way, but it looks as if the direct benefit transfer in the case of kerosene is gaining traction. Pilot programmes are being implemented in Jharkhand and two more states have volunteered to run pilots.

October 1 saw pilots on direct benefit transfer in kerosene (DBT-K) kick off in four districts of Jharkhand. Other states which had been approached had said they would wait to see how it worked here. Now Madhya Pradesh and Gujarat have reportedly come forward to say they would like to implement pilots in two to four districts.

But these are all BJP-ruled states, so it’s natural that they will come forward, will be the natural response to this. Except, it is not so natural. In the case of cash-in-lieu-of-subsidised food grain, even BJP-ruled states have not come forward to undertake pilots, as this article notes. The pilots have not gone beyond the three Union Territories they were initiated in. So the fact that other BJP-ruled states are coming forward for pilots in DBT-K shows that something is probably right somewhere.

Unlike in food grains where people have been given cash (the sum of what they were paying at the ration shop plus the subsidy the government was bearing) and told to buy wheat and rice from the open market, DBT-K follows the model of DBT in cooking gas (DBT-L). So people entitled to subsidised kerosene buy it from the depots at the non-subsidised price and the subsidy amount is deposited into their bank accounts. There is one difference from the DBT-L; sale of subsidised kerosene is done only after bio-metric based authentication through POS terminals.

(It would have been difficult to follow the cash-for-food grains model in kerosene (and LPG) because a retail market for it does not exist, unlike in the case of food grains.)

Four things were put in place for the DBT-K programme – digitisation of all beneficiaries of the public distribution system (PDS), said to be 100 per cent in Jharkhand; Aadhaar enrolment (close to 95 per cent); seeding of bank accounts with the beneficiary database; and an MIS to link offtake at the depot with disbursement of subsidy into bank accounts.

Now there could be two reasons for this. One, that the 40 per cent was leakage that has now been checked. Two, that there are teething problems with seeding of bank accounts, as a result of which genuine individuals may not be getting the subsidy due to them. The central and state governments would like to believe the former, but should not discount the latter. As one saw in the case of the cash transfers in Chandigarh, the non-receipt of subsidy by genuine beneficiaries could lead to a backlash against the programme.

It is, however, important to bear in mind that five months is too early a time span to declare any programme that is drastically recasting welfare delivery a resounding success or an abysmal failure; these are just early indications.

The DBT-K is just one way in which the government is trying to contain the subsidy bill, budgeted at Rs 8,923 crore in 2017-18 (part of this is due to the carry forward of the payment due to oil marketing companies from 2015-16). Another strategy is to get states to go kerosene-free. This does not mean completely abandoning the use of kerosene (industrial use will continue), but facilitating the shift to LPG and electricity as cooking and lighting mediums respectively. So it is really subsidised kerosene-free.

Delhi and Chandigarh are already kerosene-free and other states are working out plans to do this in phases. Haryana has several kerosene-free districts and plans to have the entire state off subsidised kerosene by 31 March. Punjab is planning to do the same in around two months time and Andhra Pradesh by June. Karnataka has plans to have three districts go kerosene free in three months.

What this will mean is probably an increase in the LPG subsidy bill, as more poor households are shifted to this as a cooking medium. The budget provision for this has been kept at Rs 2,500 crore in 2017-18, the same as the revised estimates of 2016-17 (against the budget estimate of Rs 2,000 crore).

As global petroleum prices start hardening, containing the petroleum subsidy bill is going to be a challenge. Faint noises are already being made to roll back the excise hikes that were done when prices started falling. The giveitupcampaign (where people gave up their subsidised cylinders) could run out of steam.

It will be interesting to see how the government stays the course on reforming petroleum subsidies as the price situation changes.

Seetha is a senior journalist and author
Get Swarajya in your inbox everyday. Subscribe here.
Tags:
51 Shares