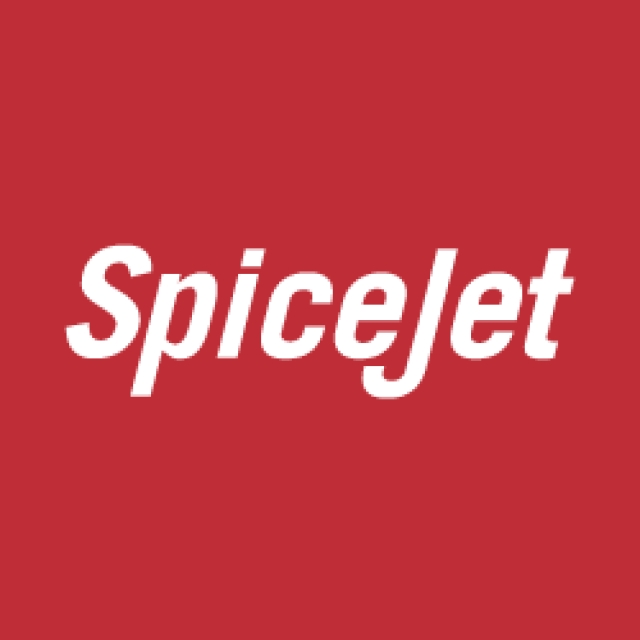 Government must reduce the cost of operating airlines in the country. Thereafter, it wouldn’t have to entertain requests of bail outs from floundering companies and face allegations of cronyism from political rivals.

Swarajya believes in what Prime Minister Narendra Modi has stated a number of times, “Government has no business to be in business,” but this is something his government is yet to implement in full measure. While there is nothing fishy as of now in some public sector banks relaxing their norms to offer loans to SpiceJet — particularly if the guarantees offered by the company are sound — this line, if pursued sans cesse, is fraught with the risk of facing the political allegation of ‘crony capitalism’, never mind that the term is an oxymoron.

That the airline is part of the Sun Group owned by billionaire Kalanithi Maran will only make socialist, speculative cacophony reach a crescendo.

It was reassuring this morning to hear from the Minister of State for Civil Aviation Mahesh Sharma that the government can do nothing for a specific company; it can only work to better the civil aviation industry as a whole. If so, the cost that makes entry into the sector and operations in it a back-breaking proposition must be minimised, if not removed. With total taxes on Aviation Turbine Fuel (ATF) amounting to 75% of the base cost of producing the fuel, airport charges being the second highest in Asia, additional costs in the form of service tax and developmental charges, and user development charges for Delhi and Mumbai airports, only a businessman who wishes to make a prestige statement among his peers — and who does not mind losses to make that statement — would like to invest in airline operations in the country.

Once global crude oil prices tumbled down by 21% since June, the price of domestic ATF dropped 0.8% between July and September. The prices were cut an additional 3%, effective October, bringing relief to airlines. Yet they remain 45-50% higher than the international competition.

The high cost of ATF in India would also inhibit private companies from running flights overseas as and when that licence is issued to them. By 2034, eight of the 10 fastest-growing markets in percentage terms will be in Africa with Central African Republic, Madagascar, Tanzania, Burundi and Kuwait making up the five fastest-growing markets. This columnist is sure some Indian private players will be interested in exploring those markets.

“We should see the good impact of the ATF price in the third quarter. Revision in ATF price, as a result of the lower crude price, is implemented with a lag,” a senior executive of a private airline had said in October. “Recently, the government cut value-added tax on jet fuel in Seemandhra — from 16 per cent to one per cent.” The positive forecast has gone awry. We are approaching the fourth quarter of the fiscal, and SpiceJet is bad news!

“Air travel growth will be led by emerging economies such as India, Indonesia and Russia, as non-OECD (Organisation for Economic Co-operation and Development) air travel is set to overtake that of OECD members for the first time, to become largest source of global air traffic by 2023,” an Oxford Economics-Amadeus report on travel industry trends had said in April.

When the aviation industry of the country is growing at a rate surpassing those of BRICS and other developing nations — though China is much larger in volumes — the story of Indian private airliners being on the verge of shutdowns is ironical.

This irony has been fuelled by the vestige of socialist tendencies in successive governments since the Indian economy liberalised in the early 1990s and gave rise to, among other things, a boost in private sector participation in civil aviation.

If, following pressure from liberals like this media outlet, the government makes doing aviation business easier, socialist critics may howl in protest. Then they may be reminded how much Air India and Indian Airlines, which by no stretch of imagination fall under the welfare sector of governance, are a drain on the exchequer.

Last month, MoS for CA Sharma told Parliament only 9 out of 370 daily flights of the flag carrier are currently profitable. Of the 120 international flights, only 3 make money, while on the domestic front 6 break even.

We shall persuade the government to drop that monkey off the state’s shoulders, too. In August, aviation minister P Ashok Gajapathi Raju had issued a set of 16 guidelines for the AI management to improve efficiency, highlighting that a turnaround should be made in three years. We are not impressed. We will continue to remind the government its own prime minister’s words: “Government has no business to be in business.”

It is important to note that the case of SpiceJet is no bail out; it is a reprieve from asphyxiating regulations of a control freak state’s making, and it is not Modi government that clasped this industry with a licence raj; in fact, it is creditworthy that the six-month old government is loosening up.

This morning, budget carrier SpiceJet’s operations were grounded as oil companies refused to give jet fuel to the cash-strapped airline on credit. The airline, which told the government it had no money to pay oil companies or airports, said its aircraft were not being refuelled and the operations would now resume only subject to getting fuel.

After it approached the government, the Civil Aviation Ministry said that SpiceJet would have to commit to increasing sufficient appropriate capital within a short period of time. The government has simultaneously asked the state-owned oil firms and airport operators to give credit of up to 15 days to the bewildered firm.

With a daily jet fuel off-take of SpiceJet at about Rs 5 crore, it would be Rs 75 crore. In a PIB release, the government said:

“Indian banks may be requested to give some working capital loan based on the assurances of the promoter. Banks or Financial institutions (have been instructed to?) to lend up to Rs 600 crore backed by a personal guarantee of the Chairman, Spice Jet. This should be paid immediately after securing the long term investment which will take around 8 weeks to consummate.”

According to the ministry, the airline’s pending dues was only Rs 14 crore as on 15 December. But SpiceJet owes Rs 300 crore to banks and Rs 280 crore to airports as well. Its immediate payouts are about Rs 1400 crore though its total dues to various stakeholders stand at about Rs 2000 crore.

With the cost of running airlines in this country described earlier, such a situation can only be expected to resurface time and again. Today it’s SpiceJet; tomorrow it could be some other airliner. Obviously all of them can’t be this government’s cronies, yet Modi will have to face the music in Parliament and public rallies by opponents whenever this happens. And the naïve population will buy the Opposition story!

This morning started with a variety of mutually contradictory headlines on the SpiceJet issue, with some blaming the centre for “trying to bailout SpiceJet” while the government insisting “it’s not  a bailout”. All these only a few days after the civil aviation minister ruled out a bailout for SpiceJet!

The buzz started when the ministry in a press release on Tuesday announced that it would “request” airport operators and oil companies to provide a 15-day credit line to SpiceJet. Further, the ministry said it “may request” banks to lend up to Rs 600 crore backed by a personal guarantee of Chairman, SpiceJet.

As a result, the very next day SpiceJet fleet was grounded as oil companies stopped fuel supply to it. Clearly, oil companies seem to have rejected the ‘request’. Investors who seem to have gloated over the bailout reports rushed to buy the SpiceJet stock, which opened up 4% in the morning but was trading 8% down during the day. Again, the fine print of the ‘bailout’ seems to have been lost on the investors.

After rejecting previous requests for help, the ministry clearly specified that it may request banks for financial help in future and no such request has been made till date. Further, any such additional capital infusion will come on the basis a ‘personal commitment’ by the Marans to infuse more equity into the low-cost airline soon.

The government seems to be in no mood to take on the liability of Kingfisher and is willing to make “requests” only under personal guarantee to Marans. One may say similar guarantees were also given by Vijay Mallya to Kingfisher lenders. Mallya’s personal guarantees were invoked by the lenders and the process of taking over assets is still ongoing. This is one reason why Mallya no longer owns the Kingfisher beer empire and has been forced to sell it off to Heineken & Diageo.

He had to recently forgo his hold on Mangalore Chemicals too and is reduced to personal appearances in courts for Kingfisher dues related cases. Whether a similar fate will be seen by Sun Group and Marans remains to be seen. But a voluntary transaction between a bank and a borrower based on assessment of underlying risk and value of guarantee can’t be termed as bailout.

It is important to note that the ‘requests’ made by the ministry are all to entities owned by the government. Ranging from airport operator Airports Authority of India (AAI), the three oil companies (OICL, HPCL, BPCL) and the numerous public sector banks are all liable to be influenced by these ‘requests’.

Not to mention the elephant in the room, the state owned airlines Air India. By propping up the haemorrhaging Air India, government has converted it into a cancerous cell eating away the entire airline industry. Yesterday’s Kingfisher, Today’s SpiceJet and most likely tomorrow’s GoAir, may all be victims of this intervention which does not let airline industry function freely in India. A long-term solution can only be paring down of the government ownership in airlines, oil and banking industry.

Additionally, a vast number of measures ranging from tax rationalisation to free setup of airports is needed to revive the Indian airline industry. Modi may not have yet done a bailout for Spicejet, but the Prime Minister, Maran and Mallya may do well to hear out Warren Buffet. “How do you become a millionaire?” he mused, after an unhappy dalliance with US Airways. “Make a billion dollars and then buy an airline,” he quipped. Let’s stop converting Indian taxpayers’ trillions into billions and leave the risk taking to the private sector.