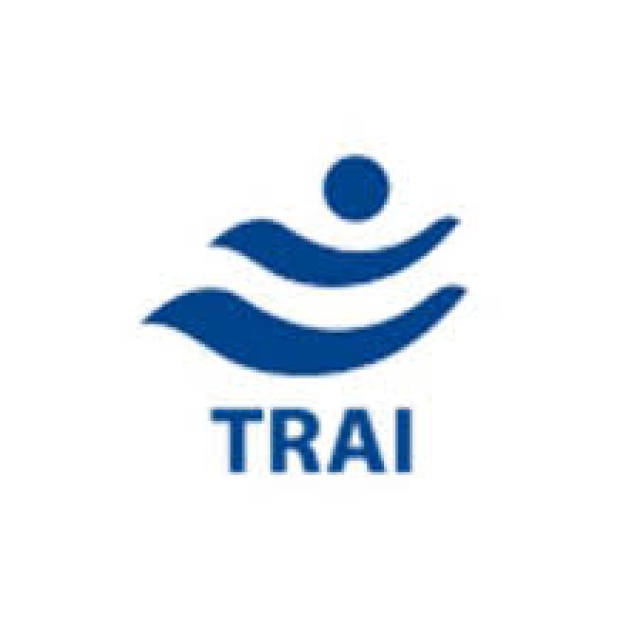 Five questions about the spectrum auction that netted the government Rs 9,000 crore. And a few other issues to be pondered over.

Now that the Spectrum Big Bazaar auctions are over, it’s time to sift through the smoke and dust of the financial battle and figure out who lost and who won. But before the juicy part, here are the bare facts for those who don’t spend their lives following spectrum auctions.

First, the bulk of the spectrum sold in the 800, 900 and 1800 MHz frequency bands relates to licenses issued in 1995 and 1996 which are now expiring after 20 years. Very little new spectrum has been added by either the government releasing spectrum, currently reserved for the army (TRAI opines at least three times more than required) or from the cache given free to BSNL and MTNL, two government-owned telecom companies which grossly underuse their spectrum allocations because they just can’t compete with private service providers despite the public gift of free spectrum. So much for the “public Kohinoors” the government loves to hoard in public interest.

Second, the government secured firm bids worth Rs 110,000 crore (US$ 17.8 billion) as revenue from auction—25 or 33% paid upfront and the rest to be paid in 10 annual instalments after a moratorium of three years.

Spectrum in the 900 band garnered an incredible 120% more than the reserved price. TRAI had predicted and service providers moan, that they have paid through their nose just to hang onto spectrum they had till now.

The big fight for 900 band spectrum

Fourth, let’s look at the institutional arrangements within which the auctions happened. Telecom Regulatory Authority of India (TRAI) has an overwhelmingly “advisory” role. The real decision making power on spectrum pricing; quantum of spectrum to be sold and the constraints to be imposed on the buyers of spectrum—right to swap, share or leverage spectrum financially, all vest with the Minister in the Department of Telecommunications (DOT).

In this sense, TRAI is very similar to the low profile Central Electricity Authority which is an adjunct of the Ministry of Power and advises it on techno-economic matters. Note that the similarity extends even to the nature of the entity. Both are “authorities” not “commissions” like latter-day utility regulators, including the electricity regulators, are titled.

This institutional arrangement has advantages. It reduces the risk for TRAI in offering innovative advice. After all, should the CAG or the CBI come calling with their inevitable investigations, usually once the government has changed, TRAI can turn around and coolly assert they decided nothing, being mere advisors to DOT. Also, this arrangement liberates TRAI from considerations of political economy- all of which weigh-in for government.

The arrangement also encourages TRAI to be transparent and participatory in its functioning which is a boon for ”Telecom watchers” who are not industry “insiders”.

TRAI’s consultation papers are drafted painstakingly. They provide a wealth of information and outline options for decision making. Most importantly, TRAI encourages open participation. None of this happens in the DOT.

Once an issue reaches the “in box” in DOT, the iron curtain crashes down; information put out is terse; formatted to confuse the “outsider” and as minimalist as Swedish furniture. The cumbersome “Right To Information” route becomes the only way to get access. But even then, the rationale for the many commercial decisions the DOT takes, is never disclosed. TRAI itself has, courageously, voiced its frustration on this “zipped lips” policy of DOT.

Undeniably, DOT could be much more.

transparent and “un-babu like”. Equally, TRAI has to learn to play ball. Adopting a strictly “technically correct” approach is not what an “advisor” is paid to do. In fact, by “islanding” itself, TRAI has cut its significant technical expertise off, from the deliberations in government around the “second best” option, which is the kernel of public decision making.  The correspondence between TRAI and the DOT around its recommendations for the 2015-16 spectrum auctions bears out this institutional short circuit.

The bottom line is that, whilst the existing institutional arrangement could work better, what exists is far better than deciding everything in the cozy confines of the DOT. TRAI Chairs and its members have been outstandingly progressive in safeguarding public interest.

Fiscal success but a tunnel vision?

Fifth, is the question how successful has this particular auction been? Undeniably, from the purely fiscal point of view, no one—hopefully, least of all the CAG—can quibble. But the issues TRAI raised, and which remain unanswered, are pertinent.

Should “public silver” be sold only for short-term gains or should there be a wider strategic objective? Telecom adds 3% to the GDP, so a 30% growth in telecom adds a significant 1% point to national growth and could meet one-eighth of the target of 8% increase in GDP. The bulk of the incremental, “good-jobs” are in the information technology space and depend on robust growth. Identifying needs and monitoring the delivery of social services are strongly dependent on a pan-India telecom network being available. Consider also that in a vast, poor country like India, where 25% of the citizens are domestic migrants who remain culturally, strongly linked to their home village or town and it becomes easy to view telecom access as a necessity for improving the quality of life.

Clearly, no one wants a situation where funds from spectrum sale in the hands of the government, come at a huge cost hurting the growth of private telecom services or adversely affecting their affordability.

The problem is that both government and TRAI are prone to fall back on the “cost-of-service”—heavy handed model of regulation, which entails examining the pockets of the private service providers, either to ferret out if they are making too much profit (DOT) or too little profit (TRAI) and somehow adjust the profit by either squeezing service providers (DOT) or conversely compensating (TRAI) through spectrum pricing.

The Spectrum Usage Charge (SUC) is one such additional levy, over and above the spectrum cost. It is levied as a proportion of the Adjusted Gross Revenue of a service provider. Actually, there should be no usage charge at all, since spectrum is now auctioned and bidders reflect a part of their expected surplus in the bid. The user charge is a revenue generating instrument, left over from the days when spectrum was “allocated” administratively. TRAI has repeatedly suggested that it be brought down transparently from 5% to 3% before an auction, to induce bidders to reflect the reduced cost into a higher bid. But DOT has resisted this move without ascribing a reason for its obduracy.

More importantly, now that the auction is over, reducing the user charge retrospectively is not an option. Any reduction in license cost will now go directly into the pockets of the service providers. Worse, those bidders who may have “inside” knowledge of a probable post-auction reduction, would have been enabled to bid lower on the basis of this “privileged information”. A classic case attracting the allegation of potential “crony capitalism”.

The current Minister of Telecom is too savvy a person to fall into this trap. But political office is transient with too little institutional memory. In comparison, service providers bid their time better than a leopard and the institutional memory of an elephant. It is an unequal match which can only go against the public interest.

Why go to Nagpur via Kanpur?

But even on the issue of technical efficiency to achieve a narrow fiscal objective, TRAI had raised “red flags” which merit more serious consideration. TRAI had warned of a price war if additional spectrum was not made available for new comers in 900 or 1800 bands. If newcomers have to fight it out with incumbents, clearly, bidders will scrape their revenue models to the bone. This is what has happened.

In the 900 MHz band, the bids are more than 2.2 times the reserve price. Was there really that much undiscovered fat in the revenue models of the service providers? Clearly, if there were such huge margins then the auction has achieved what markets are supposed to do– cut the producer surplus to optimum levels and pass the benefits to customers.

But there could also be a fine print to this bidding madness. DOT has still to take decisions on the property rights of the new spectrum owners. We know that they can share spectrum in the same band (900 and 1800 MHz being considered as one band) with other service providers, but on what terms? When and how will they be able to trade it with spectrum in other bands within and outside their License Areas? When does government intend to implement it’s “in-principle approval” to create a post-auction market for spectrum trading? If not, why not? All these are “untapped value pools” for enhancing producer surplus post the auctions. Are we sure that this discretion will be used well?

More importantly, recent history in natural resource management in India shows that the use of administrative discretion immediately raises “red flags” and can invite an adverse comment from the CAG or CBI investigations on the charge of “crony capitalism”.

The spectrum auction is for 20 long years. Does this mean that if the Minister or his officers err on the side of complete probity and safety, it effectively seals our economic future at a sub-optimal equilibrium level till the next auction two decades hence? And only because they failed to take these crucial decisions upfront prior to the February auction?

Of course, the Indian bureaucracy has a delightful habit of springing welcome surprises. It is entirely likely that they will find a way out of this conundrum. But TRAI’s observation remains relevant—why go to Nagpur via Kanpur?

Who won and who lost

And finally the juicy part—who won? The Finance Minister won big time. He got around Rs 9,000 crore in FY 2015 to plug part of our fiscal deficit, courtesy the generosity of the winning bidders, who paid up part of the upfront payment before time to meet the March 31st  fiscal deadline.

The DOT lost the opportunity to burnish their image and came out instead looking like bumbling, inefficient, indecisive babus.

TRAI covered itself in short-term glory by being outspoken—almost pugilistic and technically sound.

The handful of six private service providers, being canny business people, frankly don’t care how the government wants to play the game, so long as they win out in the end—which some of them are likely to.

Customers are on a roll with the fizz of tailored talk and data plans and an ascending escalator of bundled services to care too much one way or the other.