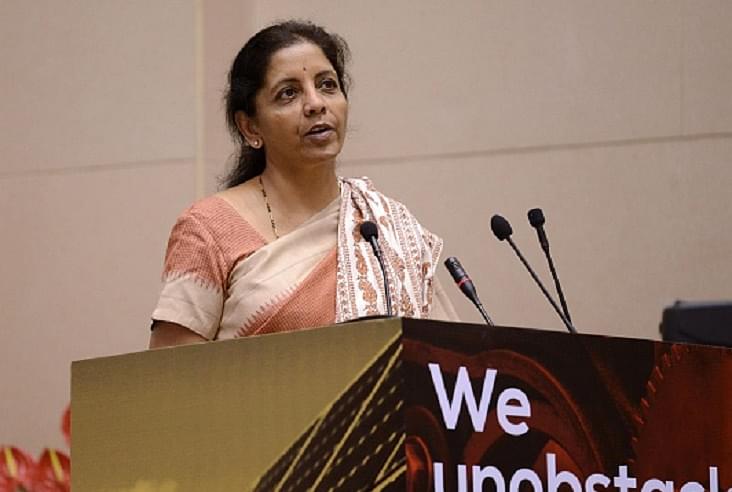 The commerce and industry minister, Nirmala Sitharaman, wants the Reserve Bank of India (RBI) to cut the repo rate by 200 basis points.

Yes, you read that right.

The repo rate is the rate at which banks borrow from the RBI on an overnight basis. One basis point is one-hundredth of a percentage. The repo rate currently stands at six and a half percent.

I still hold that the cost of credit in India is high. Undoubtedly, particularly MSMEs, which create a lot of jobs contribute to exports... are all hard pressed for money and for them, approaching a bank is no solution because of the prevailing rate of interest. I have no hesitation to say, yes 200 bps, I would strongly recommend.

Sitharaman to the press in New Delhi

What Sitharaman was basically saying is that India’s micro and small and medium enterprises (MSMEs) are not approaching banks for loans because interest rates are too high. Given this, the RBI should cut the repo rate by 200 basis points and, in the process, usher in lower interest rates for MSMEs.

This, according to Sitharaman, was important because MSMEs create a lot of jobs and contribute to exports, and hence, should be able to borrow at a lower interest rate than they currently are. As per the National Manufacturing Policy of 2011, the small and medium enterprises contribute 45 percent of the manufacturing output and 40 percent of total exports.

Hence, Sitharaman was batting for the MSMEs. But is it as easy as that?

That politicians don’t understand economics, or at least pretend not to understand it, is a given. But Sitharaman is a postgraduate in economics from the Jawaharlal Nehru University in Delhi. For her to make such an illogical remark is rather surprising.

Not that the RBI is going to oblige her, but for a moment let’s assume that it does and cuts the repo rate by 200 basis points in the next monetary policy statement, which is scheduled for 4 October 2016, or over the next few statements.

Banks only borrow a small portion of money from the RBI on an overnight basis and pay the repo rate as interest. A major portion of the money that they lend is borrowed in the form of fixed deposits. Hence, lending rates cannot fall by 200 basis points, unless fixed deposit interest rates fall by at least 200 basis points. (I use the word, “at least,” because banks tend to cut deposit rates faster than lending rates).

Wil the banks cut deposit rates by 200 basis points? Let’s assume that they do. If the deposit rates are cut by such a huge amount at one go, people will not save money in fixed deposits. Money will move into post office savings schemes, which offer a significantly higher rate of interest in comparison to fixed deposits (which they do even now, but with a cut the difference will be substantial).

Over a longer period of time, money will also move into real estate and gold, as people start looking for a better rate of return, higher than the prevailing inflation. This will lead to the financial savings of the nation as a whole falling. And banks, in order to ensure that deposits keep coming in, will have to reverse the 200 basis points cut and start raising interest rates.

This is Economics 101, which a postgraduate in economics from a premier university in the country should be able to understand.

Another important issue that our politicians seem to forget over and over again is the importance of fixed deposits as a mode of saving in an average Indian’s life. In 2013-2014, the latest year for which data is available, 69.23 percent of total household financial savings, were in deposits.

Of this, nearly 62.02 percent was with scheduled commercial banks and 4.19 percent with cooperative banks and societies. Nearly 2.61 percent was invested in deposits of non-banking companies.

What does this tell us? It tells us that for the average Indian, the fixed deposit is an important form of saving. For the retirees, it is an important form of regular income. Now what happens if fixed deposit interest rates are cut by 200 basis points? The regular income from the fresh money that retirees invest will come down dramatically. Also, when their old fixed deposits mature, they will have to be invested at a significantly lower rate of interest.

This means that they will have to limit their consumption in order to ensure that they meet their needs from the lower monthly income that their fixed deposits are generating.

What about those who use fixed deposits as a form of saving? (I know that fixed deposits are a terribly inefficient way of saving, but that is really not the point here.) Those who are using fixed deposits to save money, for their retirement, for the education and wedding of their children, will now have to save more money in order to ensure that they are able to create the corpus that they are aiming at. This will also mean lower consumption.

Ultimately, lower consumption will impact MSMEs as well, because there won’t be enough buyers for what they produce, as people consume less.

Those individuals who are not in a position to save the extra amount in order to make up for lower interest rates will end up with a lower corpus in the years to come.

The point being that MSMEs do not operate in isolation. And the level of interest rates impacts the entire economy and not just the MSMEs, as Sitharaman would like us to believe.

Further, even if fixed deposit rates fall by 200 basis points, banks may still not be able to offer low interest rates to MSMEs, simply because they need to charge a credit risk premium, i.e., factor in the riskiness of the loan that they are maing.

In the case of the State Bank of India, the gross non-performing assets of SMEs stands at 7.82 percent, as on 31 March 2016. This means that for every Rs 100 that the bank has lent to an SME, close to Rs 8 has been defaulted on. This risk of default needs to be incorporated in the interest rate that is being charged.

If fixed deposit rates are cut by 200 basis points, the interest rates will fall to around five to five and a half percent. This when the rate of inflation is greater than six percent. This would mean that the real rate of interest (the difference between the nominal rate and the rate of inflation) would be in a negative territory. This is precisely how things had played out between 2009 and 2013, and look at the mess it ended up creating for the Indian economy.

Given these reasons, it is best to say that Sitharaman’s prescription would be disastrous for the Indian economy.