Sovereign Bonds Are Fine, But We Need To Prime FDI Pump By Offering Low-Cost Hedges To Investors 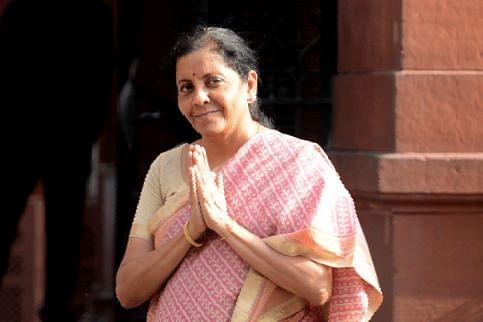 A key signal sent by Budget 2019-20, presented by Finance Minister Nirmala Sitharaman on 5 July, is that the country is willing to making up for its domestic savings deficit by borrowing abroad, possibly through the issue of sovereign bonds. Additionally, she also proposed an increase in minimum public floats for listed companies to 35 per cent (from the current 25 per cent) and a hike in foreign investment limits for insurance, media and civil aviation.

The most interesting idea is clearly the sovereign bonds issue, which might be launched in the second half of this year, in the October-March period.

Sitharaman said in her budget speech: “India’s sovereign external debt to GDP (ratio) is among the lowest globally at less than 5 percent. The government would start raising a part of its gross borrowing programme in external markets in external currencies. This will also have a beneficial impact on the demand situation for government securities in domestic market.”

A $20 billion sovereign bond issue will, at current exchange rates, fetch the government over Rs 137,000 crore. The advantage is that this issue will set a lower benchmark for quasi-sovereign issues that may allow later. It will also reduce the crowding out effect of more rupee borrowings.

The downside should also be obvious: sovereign debt is still debt, and it will show up on the fiscal deficit side of the budget ledger anyway, with added exchange rate risks. It could, conceivably, bring more financial bullying by global financial capitalists.

While no one should object to some amount of sovereign issues, the National Democratic Alliance (NDA) government’s real objective should be to use its $425 billion in forex reserves to bring in more foreign direct investment (FDI) into sectors like infrastructure and high-technology. Our current run rate on annual FDI inflows is around $44-45 billion. We should be targeting at least twice or thrice that amount until domestic animal spirits can rise to the investment challenge.

Maybe tax breaks will do the trick in the above-mentioned areas, but in others, like infrastructure, where returns can be lower and gestation periods long, we need to do more.

India needs to push up its FDI levels multi-fold, and the two main reasons why we are not hitting the roof in terms of such investments are policy and exchange rate risks. At current hedging costs, foreign capital has to budget for high levels of returns on investment by forward cover for their India exposures, and unfortunately this is not something that can happen in areas like infrastructure. If Nitin Gadkari wants to sell more of his highways on a TOT (toll-operate-transfer) basis, he needs more foreigners also looking at Indian infrastructure.

What we should be doing is leveraging our comfortable stock of foreign exchange reserves to offer low-cost cover (say, at 3 per cent per annum) for FDI for periods ranging from three to five years, with rates being reset after that. This would bring in far more FDI since the return rates required would be lower for investors to break even after exchange rate adjustments. One can visualise many Japanese companies, accustomed to very low rates of return, being interested in such buyouts.

For the government, the cost would be the actual slippage in the US dollar-rupee (or yen-rupee) exchange rates at the time of investor exit, but if FDI flows actually accelerate in the coming years, the real cost could be almost zero.

We need to realise that an economy growing at 6-7 per cent annually – one of the few large economies to grow at this rate – and set to become a proper middle-income country some time after 2025 should be attracting much more FDI than it currently does. And when FDI booms, the value of the rupee should rise, thus making the cost of offering a forex hedge to investors practically zero if we succeed in garnering more FDI.

The downside risk, if we get good FDI inflows and our policies right, is minimal.

A sovereign bond issue should be used to bring rates down for all foreign borrowings, including those by bankable Indian corporations; what we need even more is to prime the FDI pump by offering low-cost hedging options for investors. That way, the dollars, euros and yen coming in will not add to the fiscal deficits.