#StopSurge - Careful What You Ask For 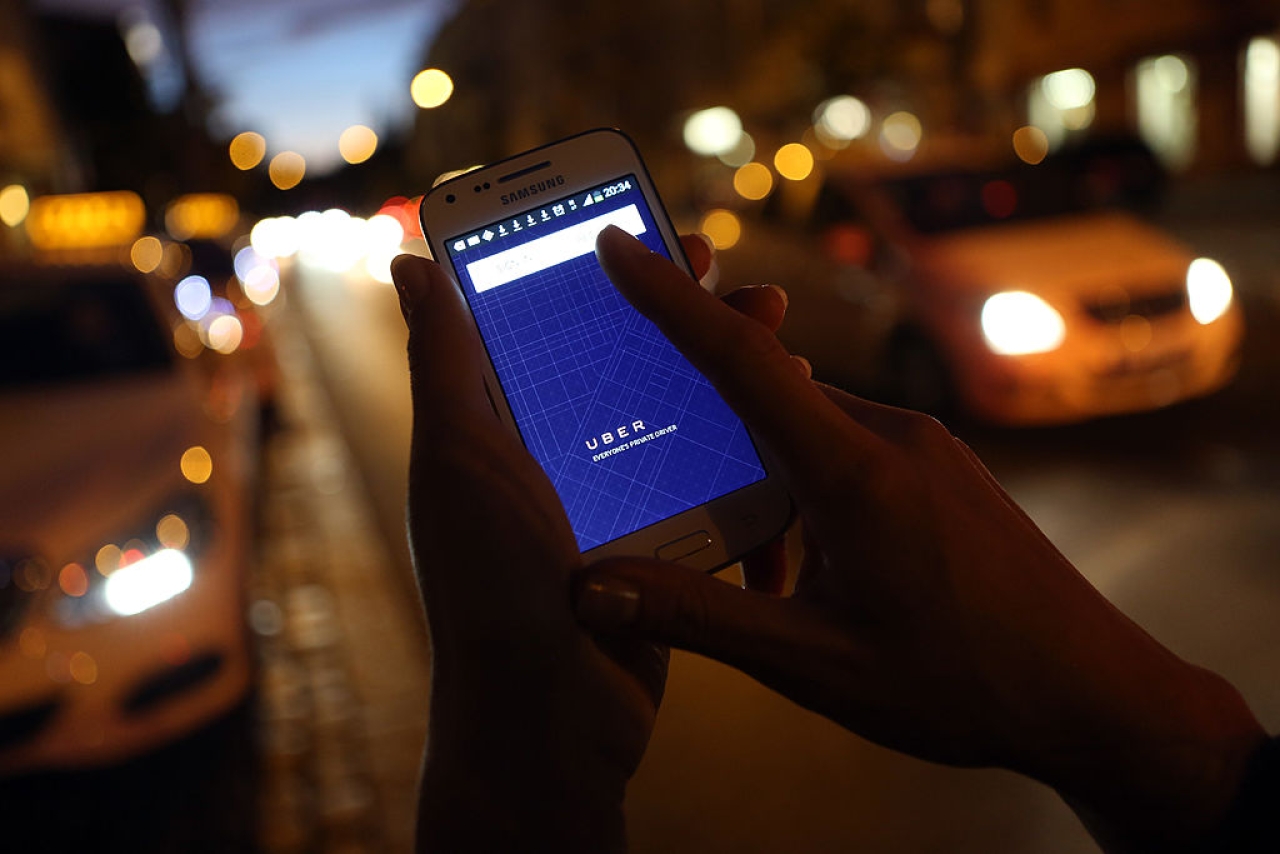 It’s quite a sight - four short, sun-burnt, sinewy men balancing beams of a makeshift chair on their shoulders on an even march, uphill, while the old, disabled or simply, privileged, rider sits atop with a slightly embarrassed candour. Dolis are a seemingly common feature to those who have visited Tirupati or Sabarimala.

While the common-folk toil, limbs weary, Dolis magically ascend the abode with enviable comfort. These rides cost anywhere between a few thousand rupees to some tens of thousands.

And surge pricing is applicable. No, they don’t call it that; they don’t all have nifty Growth Hackers. And no fancy algorithms, either; they charge what one is willing to pay. Of course, nobody questions if they deserve the money, either; they are not Unicorns riding on frothy valuations and VC money. Also, standard advice applies – don’t like it, don’t use it.

In the time that the socio-economic significance of that last paragraph sinks in, 1389 rides would have been booked on Uber - the taxi aggregator app that was last valued at $ 62.5 billion. The on-demand service and its Unicorn competitors are an urban reality, now.

In fact, they have spawned an entire category of “Uber for X” apps that deliver services, ranging from the essential to the whimsical, to one’s doorstep at the push of a button. In India, Ola - the market leader in the taxi aggregator space, enables over 1 million trips per day.

Aside from the obvious operational efficiencies and customer delight these businesses offer, the economic opportunity is built on subsidies and incentives that resemble the modern-day equivalent of the California Gold Rush. For perspective, Uber burned a billion dollars last year in China, alone.

To justify these astronomical burn rates, valuation methodologies have gone beyond cab service and car rental markets to factor affiliate services and automobiles displaced. In fact, Aswath Damodaran - the best-known expert on corporate valuations, pre-eminent author and academic has been forced to revise his valuations multiple times.

To account for “widely divergent narratives”, even Prof. Damodaran facilitated a build your own Uber valuation template. Ask any of the 5,00,000 drivers on the Ola / Uber platform in India and you are bound to hear interesting perspectives.

For the most part, they couldn’t care. A large majority of them have benefited immensely – average monthly earnings have increased by over 5 times and approximately 75percent of drivers are, today, self-employed (they own their own cabs).

Notwithstanding tremendous gains across board for all stakeholders alike, the destinies of these companies are still nebulous. But, considering the irrational exuberance of 2015 has supposedly turned as many tech writers have noted over the past couple of months, there is sharper focus on resolving unit economics from the current eyesore to more reasonable levels.

So, why must consumers pay 1.8x, 3.2x or a higher fractional multiple for an air-conditioned commute across the city? They mustn’t.

That, the government has outsourced any meaningful solutions for a ubiquitous public good like Transport to vagaries of the market is distressing. Even to the most flagrant free market advocate, it would seem as if the government is washing its hands off an important Key Result Area (KRA). And now, far from enabling these companies through supporting infrastructure or reasonable regulations, it’s preposterous that the government would delve into nuances of price dynamics.

This week, Delhi followed Karnataka in suspending surge pricing. While the latter has capped prices at Rs.19.50 per km for air-conditioned cabs, the former has yet to decide on the specifics of the matter. It’s important to note that supply-demand, which is supposedly a key function of surge pricing, is further skewed in Delhi, given its odd-even rule to combat pollution that mandates only cars with odd (or even) license plates can drive on certain days.

Uber has since suspended surge pricing -

Given the threat to the livelihood of our partners, at the expense of reliability, we are temporarily suspending surge with immediate effect

Uber is so obviously a good thing that you can measure how corrupt cities are by how hard they try to suppress it.

Eager governments aside, it’s prudent to note that there are multiple petitions on the popular activism platform, change.org, asking for an end to surge pricing by the likes of Ola and Uber. In fact, 57,350 people (on last count) supported the latest petition - Stop Using Surge Pricing To Loot Your Customers #StopSurge by Nitish Parnami. In the petition, he notes:

“I had more than 8 Uber cabs available around me and still had to pay 3.8x surge pricing.”

“I had to pay 1.5x surge pricing on a Wednesday afternoon; clearly not peak hour timings.”and finally articulates his concern,

“Uber is a great convenience and has transformed how we travel. But they have to stop taking advantage of customers who rely on them.”

It is true, Uber justifies surge pricing based on supply-demand as explained in these articles - NYE Surge Pricing Explained and Surge Pricing Follow up. Ola does the same in its FAQ about ‘peak hour’ pricing.

While surge or peak hour pricing is definitely a function of supply-demand, it has also become a key tool for these companies to rationalize the economics of the business. Maybe the good folks in Corporate Communication at the said companies can see beyond the marketing chutzpah and do what’s necessary. It certainly belies any goodwill these companies enjoy.

But, for consumers to demand suitable prices betrays a false sense of entitlement that has become increasingly common in the “Uber for X” economy. Why must a private enterprise owe anything at all to those of us who don’t qualify as its target market? Or for a small fraction of its total services consumed (~10 percent of all rides are subject to surge as per industry sources)? Certainly, we don’t make such demands of, say, Louis Vuitton or even, Cadbury.

Some might say, cabs are licensed entities and hence must operate within the regulations of the government. But, so are retailers like Louis Vuitton and Cadbury. Should the government mandate LV bags be sold at 1/10th the price to benefit consumers?

Those people might say, it’s an unfair comparison between needs and luxuries, but the subject of regulation is still a private player offering a public good, which unlike utilities (roads, water, etc.) needn’t be a level playing field.

Yet again they might add, cabs must pay for enabling infrastructure - which brings us to the earlier point about governments solving or enabling ubiquitous social goods, where consecutive governments have failed miserably.

From an ethical standpoint, one would consider that conditional to even bother with price control. In the time it takes for the government to get its act together and put systems in place, companies like Uber and Ola should be incentivised to solve larger problems, like those of Transport.

It’s also important for us, citizens, to reflect on what we ask of our governments and indeed, service providers. Rather than arm-twist private enterprises into constricted business models, let’s ask for meaningful reforms and regulations from the government that will improve utilities and infrastructure.

I want to travel at 6/km. I want full blast AC. I want special offers. But you introduce surge ll do dharna because #IAmEntitled

We have a general bias to think as consumers and not producers, so we cheer the current VC economy with subsidized cost of products and services. It seems like we get things for cheaper and are paid a lot more for the same quantum of work.

I recently tried @Cashkarocom & recommend it! Get EXTRA #Cashback on top of free #Coupons at Jabong, Amazon https://t.co/ae1uudj306

But, serious entrepreneurship is under threat. Talk to those behind the wheel and they will help you empathise, what a pain it is to hire people or engage with vendors and customers.

The incentive to build bellwether businesses that solve important problems, tangibly contribute to the economy and provide opportunities to people over decades is soon diminishing. But, thankfully, real businesses emerge when the market turns. It’s up to us to let it work, as it should - for the better.

Roshan
Cariappa is an Entrepreneur based in Bangalore. He is currently building @TribeAppdotin - that helps families stay connected. He tweets at @carygottheblues.