Agriculture Reforms In MP: Why Chouhan’s New APMC Measures Are Even More Significant Than They Look 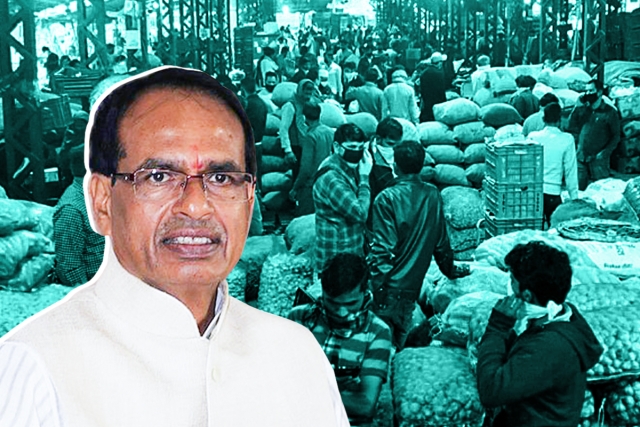 APMCs were set up to promote market access for small and marginal farmers. Instead, they have evolved as instruments of arbitrage for trades, where they have been pocketing much of consumer surplus — the farmers do not make enough money and retail food prices remain high more often than not.

In the middle of the impending coronavirus pandemic-led economic slowdown, Prime Minister Narendra Modi has been asking states to undertake fundamental reforms. Agriculture reforms have been a sine qua non for the current challenges, but states routinely shy away from changes because it is not politically palatable to execute them.

Chouhan, who created a strong agriculture economy in MP in his previous terms as CM has taken a welcome lead.

Farmers in MP will now be allowed to sell their crops to any individual or entity willing to buy them, without having to approach a mandi.

The traders or bulk buyers can negotiate prices directly with the farmers. Of course, the farmers will still be allowed to sell in the mandis, which will fetch them government-approved minimum support prices (MSP).

But the new system will be good for farmers who had significantly higher quality crops being sold sub-optimally at MSP in local mandis mandatorily.

The state has also provided for creation of private mandis which are fairly broad based in definition.

They will need a single licence to operate through the state. The mandatory matching of buyer and seller location will not longer be required.

Such mandis will charge a single fee for the transaction and won’t have to pay commissions for crops purchased at non-base locations.

This single licence provision will also apply to the farmers and traders. This step is key in making MP a single agriculture market.

For better discovery of buyers and sellers in the state, prevailing prices in all mandis will be made public to farmers.

Implementation of this measure is key to shift the consumer surplus to the producers rather than the lion’s share being taken away in the supply chain.

The current mandi tax rates have, however, not been changed. So, farmers will have some cost of sales, but the new provisions also incentivise creation of Farmer Produce Organizations (FPOs), which have been launched in a big way following budget allocations made in the 2020-21 Union budget.

MP will also launch an electronic retail facility which will allow farmers to trade with any entity outside the state too.

This has been the spirit of e-National Agriculture Market (e-NAM) launched by PM Modi in 2016.

MP’s farmers will now have the full regulatory leeway to find the best market nationally too for their crops.

In 2017, the NITI Aayog had authored a model Agricultural Produce and Livestock Marketing (Promotion and Facilitation) Act.

This model APLM Act was made available to all states with the expectation that the states will adopt its key tenets.

Of all the key features envisaged in this model Act, MP has implemented most.

Abolition of fragmentation of notified market area concept: MP will now be a single market.

Creating an environment to set up private market yards: This provision is at the heart of the changes ushered in MP.

Allow warehouses, cold storages and silos to be classified as market sub-yard: MP has allowed this provision classifying any intermediary as mandi.

Freedom to farmers to sell at a place and time of their choice: This change will be fully implemented in the new structure, where local mandis will no longer control the fortunes of farmers.

Promotion of e-trading: MP will allow full electronic trading within and outside the state.

Unified licensing and single point levy of mandi fee: This provision has been fully adopted.

Promotion of national market and inter-state trade: The announcement fully accounts for this possibility and explicitly encourages such trading.

Providing a level playing field to private players vis-à-vis existing mandis: This provision will fully apply with no distinction between different types of mandis.

There are two areas from the Model APLM Act, which may need some more work.

First, is the rationalization of fee and charges borne by different parties in the trading process.

Second, is to have the administration and regulation of the mandis simplified at the state level.

Both these areas do not impede the immediate progress which can be made in the new trading order.

These changes allow large farmers to negotiate better, high-skilled but relatively low scale farmers to come together to form FPOs to help with collective bargaining and encourage small and marginal farmers to reconsider their operating models and find ways to achieve either scale or quality, if not both.

Chouhan has made a significant move early on after assuming office for the fourth time. Other states should also act similarly to bring curtains on the monopoly era of APMCs.