The Cleanup Of Public Sector Banks Is On, But The Basic Problem Remains 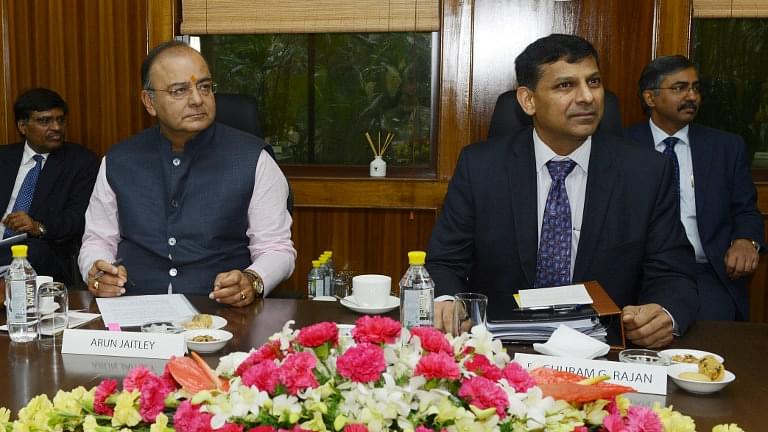 Earlier this week, the Reserve Bank of India (RBI) released the biannual Financial Stability Report. And this is how the most important paragraph of the report reads:

As I explained before on Swarajya, a restructured loan essentially implies that the borrower has been given a moratorium during which he does not have to repay the principal amount. In some cases, even the interest need not be paid. In some other cases, the tenure of the loan has been increased.

This has now stopped. The restructured assets of banks as on 31 March 2016 fell to 3.9 percent of loans. In September 2015, it had stood at 6.2 percent of total advances. This basically means that the strategy of banks to postpone recognition of bank loans by passing them off as restructured assets have come to an end. Given this, the overall stressed assets ratio of banks as on 31 March 2016 stood at 11.5 percent, against 11.3 percent as on 30 September 2015.

What this tells us is that between September 2015 and March 2016, the stressed assets ratio has gone up by just 20 basis points from 11.3 percent to 11.5 percent. Indeed, this is good news for the simple reason that banks are now being forced to recognise bad loans as bad loans and not pass them off as restructured assets like they were doing earlier.

This is a huge feather in the cap of both the Reserve Bank of India as well as the Narendra Modi government. The basic problem is with public sector banks which gave out loans in the past primarily to many crony capitalists, which these borrowers are now not in a position to repay.

What this means is that public sector banks are cleaning up their act by recognising more and more bad loans. This wasn’t happening in the past. Now it is important that they go after the borrowers (especially the larger ones) and recover as much of the loans as they can. The more the loans they can recover, the lesser will be the capital that the government will have to put into these banks, to get them up and running again.

Also, it is important to point out that this cleanup has been possible because of the asset quality review initiated by the Rajan-led RBI. The RBI asset quality review covered 36 banks (including all public sector banks). This review accounted for 93 percent of the total lending carried out by the scheduled commercial banks.

As the RBI Financial Stability Report points out:

This basically means that RBI was checking for whether banks are recognising bad loans as bad loans.

Indeed, the fact that the bad loans ratio has jumped to 7.6 percent tells us that many banks were not recognising bad loans as bad loans; that anomaly has been corrected. The first step in tackling a problem is to recognise that it exists. The Indian banks, in particular, the public sector banks, have now started to do that.

The Financial Stability Report suggests that:

The point is that the worst is still not over for India’s banks.

Also, this basically means that banks need to be aggressive about recovering their loans. Further, it’s time that the government as the owner of public sector banks, starts forcing the defaulting promoters to give up on their equity.

Nevertheless, the bigger problem remains. The bigger problem is the fact that the public sector banks continue to remain government-owned. As Ruchir Sharma writes in The Rise and Fall of Nations: Ten Rules of Change in the Post-Crisis World: “Spend a lot of time in field, and it is all too easy to find evidence that the state is not a competent banker.”

The Indian public sector banks have ended up in trouble more than a few times before. One of the reasons for this is the politicians forcing these banks to lend to crony capitalists. And as long as these banks continue to remain government-owned, that risk remains, especially given that it is crony capitalists who ultimately finance the electoral ambitions of India’s politicians.